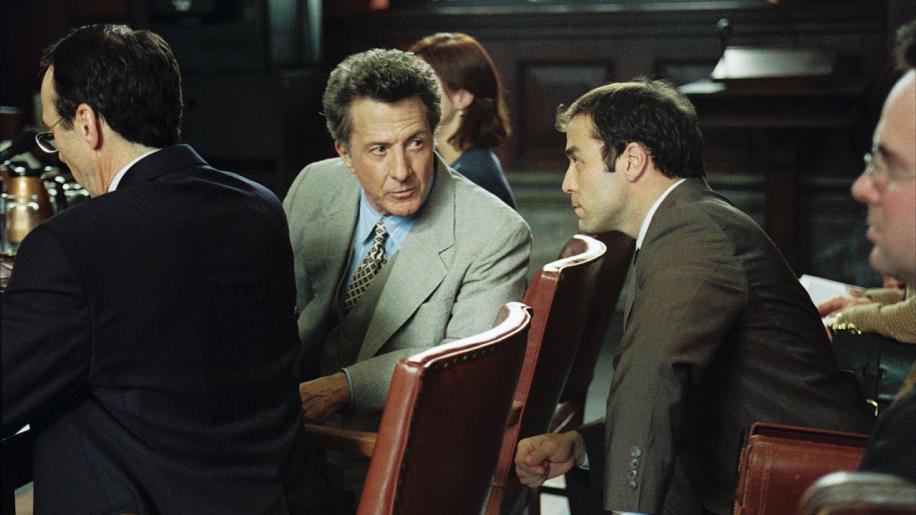 Nothing amazing to report here either. At times the picture is vivid and detailed, but some scenes suffer the dangers associated with using edge enhancement and can also appear soft. Colour was consistently tight, although black detail could have been somewhat improved (I'm sure in some cases this was deliberate though as Hackman's character seems to always be hiding in the shadows!). A few artefacts on screen every once in a while just added to the feeling of wasted potential

Unlike the US or UK versions, the Japanese disc boasts Dolby Digital and DTS soundtracks. However there really isn't much to be done with this, some outdoor scenes and 360 camera pans add the obligatory “woosh” around the rear channels but aside from some traffic noise the effects speakers might as well not be there.

The best bit of the disc! Director commentary is available for the whole length of the film where Fleder does a good job of discussing problems they had on set and how various issues were solved - quite in an insight at times and an interesting watch. On disc 2 are Hackman and Hoffman interviews discussing a particular scene each, then there is a short feature on how the two of them collaborated for the first time in a scene near the end of the movie that wasn't initially meant to be there. They had had it specifically written since Hackman and Hoffman had been friends since acting school but had never played in the same scene together!! It's almost surreal watching the two sat on a step just chatting about how they worked off each other and what motivates them to work the way they do. Interesting stuff.

I really wanted this disc to be more, book is great, the cast has it all and a DTS soundtrack and wholly separate bonus disc is always a sign of good things. Unfortunately it all turned into something decidedly average. Definitely worth a watch, but only if it's on Sky or there's nothing else worth hiring at the rental store.