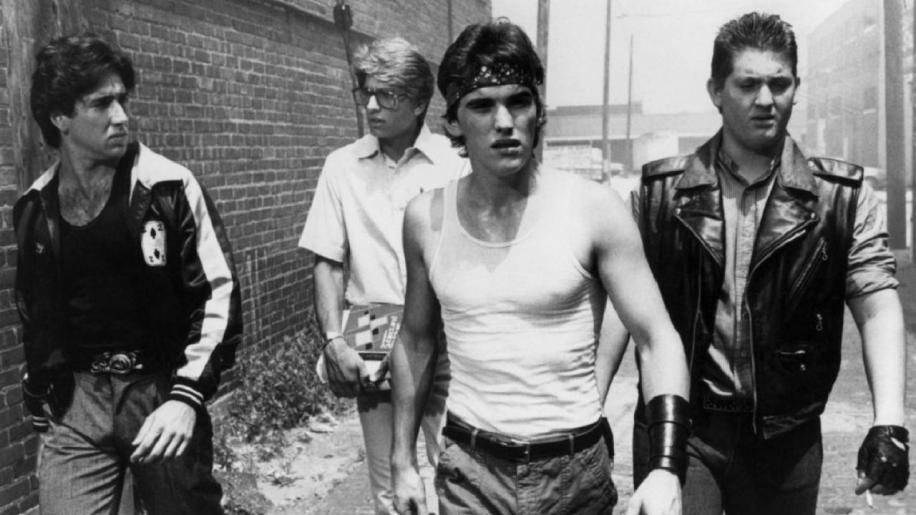 Presented in its theatrical aspect ratio of 2.35:1 in Anamorphic Widescreen, it's a splendid looking picture, clean and bright with no real flaws - just a light smattering of grain. Everything is detailed and crisp and there's no artefacts apparent even in scenes of heavy smoke. The classic dark alleyways that you seem to find only in old American movies look sublime with pure black shadows and gun metal grey walls, with white steam belching from grates. There's high contrast throughout and the film thrives on it. Coppola plays with light and dark like the early German expressionistic film makers, with black shadows actually painted on walls. The shadows from branches of trees thus envelop a house in a threatening manner and window frames project themselves on pool hall walls in a skewed manner. This edition's visual presentation really does justice to the cinematography.

The sound quality is also first class. The new Dolby Digital 5.1 mix, while not particularly heavy on bass, is heavy on effects and they sound fantastic, coming at you from all channels. Great surround work. The dialogue is clear under all conditions and that excellent score is shown off to its full advantage. It's a film that is heavy on ambience and the most subtle of sounds is always distinct. Superb.

There's a running commentary by Coppola and he certainly makes it clear that he adores this film and is proud of everything about it. It's a great commentary full of titbits about casting and location work and has plenty of witty anecdotes. The only thing I find slightly troubling is his love of nepotism - hey, leave the family for the home movies, Francis, they don't have to be involved in everything!

There's also an enjoyable and informative 'Making of' which has input from the crew and producer and the novelist S.E. Hinton herself, as well as vintage behind the scenes clips and interviews with the cast. Good stuff.The percussive based soundtrack was ground breaking in it's time, and it gets it's own featurette which explains how Copeland (the drummer from 'The Police') got involved with the film. There's an illuminating interview with Copeland and he gets together with the film's mixing engineer and they revisit the old tapes to show how the weird effects and samples were put together. This scene is an interesting throwback to the pre-digital age of music making, and it's nice to see an under appreciated aspect of film making get spot lighted.

A nice bonus is a pop video from 1983 by Copeland and Stan Ridgeway which was released from the film's soundtrack, called 'Don't Box Me In', a nice slice of 80s pop/rock, and there's also the Rumble Fish trailer. Both are presented in good audio and visual quality.

Finally, there's the highlight of the extras - Six deleted scenes. Unfortunately they are of rough visual quality, non anamorphic and have a time code. They nearly all feature Steve and really flesh out his character and relationship with Rusty James, and we find out the journal he writes in is called, quite poetically, the 'Feelings and Ideas Book'. As well as interesting dialogue scenes between Steve and Rusty James there's an exciting chase scene where they get caught stealing Hubcaps. In an ideal world these deleted scenes would have been cleaned up and restored to the film, with either seamless branching or an extended cut as they really are quite good and I feel would have added depth to the film and made the plot more coherent. This would have made this a real special edition, but it's still pretty good all the same with a decent array of extras for a single disc release. An entertaining portrayal of disaffected youth, high on atmosphere and visual verve. Classic Coppola that people seem to love or hate.