Suave and multitalented - unlike the author 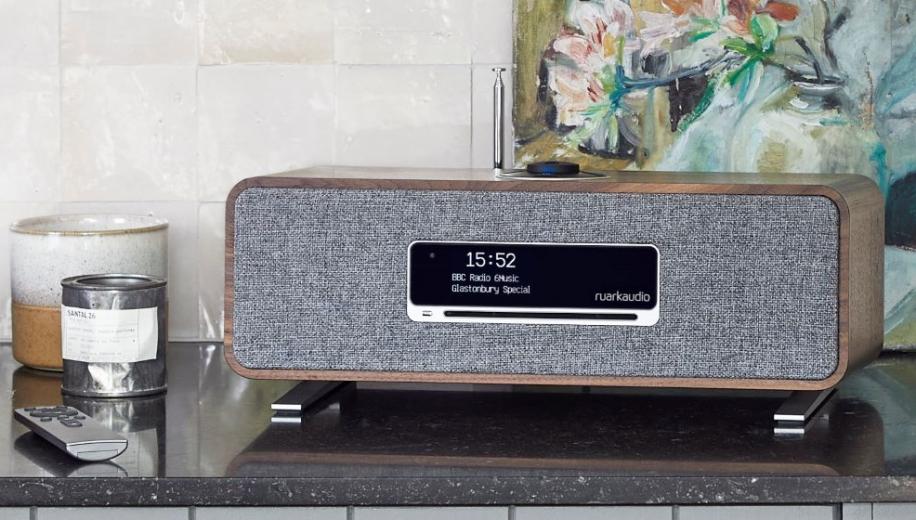 Introduction - What is the Ruark R3?

The Ruark R3 is the latest member Ruarks range of lifestyle speakers that the company has been building since it pivoted from traditional cabinet loudspeakers some years ago. It is closely related to the larger R5 and retains the same basic functionality as the larger model. The reduction in price from a grand to a whisker over £600 puts it into a fairly competitive price point.

The good news for Ruark is that thanks to combining the company's existing features with some new ones, the R3 is well specified compared to most rivals. As well as the battery of network functions that we’ll cover presently, the R3 retains the ability to play CD via an inhaler mechanism and to access the nation’s radio stations via both FM and DAB. For a number of customers, this is going to seem somewhat anachronistic but for others, the retention of these features is going to be rather handy. Ruark isn’t done there either. The R3 also has an optical input and an RCA analogue input that further adds to the flexibility on offer. This is joined by network audio capability available via both Ethernet and wireless. As well as the ability to access material stored on a NAS on the same network plus internet radio, the Ruark can also directly access, Spotify, Tidal, Deezer and Amazon. A control app is available for iOS and Android that allows for this. Taken as a whole on paper, the specification of the R3 is beyond any rival at the price.

It’s extremely easy to live with day to day

The reality isn’t quite so satisfactory though. The Ruark is 24/96 capable but weirdly, this is only via AAC. FLAC and WAV are limited to 48kHz and AIFF is not supported. Circling back to the sort of clientele who might be looking for something with a CD player fitted to it, the absence of the latest and greatest Hi Res capability is probably unlikely to be too much of an issue; the Ruark can both play CD and play the likely equivalent of a ripped CD. I have some reservations about the app though. It devotes a lot of space to album art which buries search and browse functions over to one side.

Aesthetically and in engineering terms though, things are rather better. The Ruark is firmly traditional in terms of innards, with a class A/B amp driving a pair of 75mm full range drivers, augmented by a DSP. It comes wrapped in casework that firmly embodies the Ruark design language. I think it looks excellent, particularly in the walnut. The build quality is also very good too, with everything feeling solid and well thought out. No less useful is that the R3 can be controlled for many of its functions via both a remote handset and controls mounted on the top panel. It’s extremely easy to live with day to day.

With the R3 connected via Ethernet, it presents an interesting contrast to the Klipsch The Fives reviewed recently. The Ruark powers on with both the loudness and the ‘3D Audio’ functions activated and, completely in contrast to my usual thoughts on such matters, they should be left switched on. The 3D Audio feature in particular has some remarkable attributes to it. With it engaged, the R3 does a truly magnificent job of creating something that passes for a stereo image. With the recently remastered The Seeds of Love by Tears for Fears, the Ruark sounds spacious but cohesive with it. There’s no feeling of the material being artificially diffuse, simply that it extends well beyond the confines of a single chassis. The loudness function is also well judged. It bolsters the output of the R3 without the sort of cartoonish PA system effect that can bedevil these functions. Unless you’re pushing the R3 very hard, it’s worth leaving on because it augments the basic performance of the Ruark nicely. What the R3 does is convey a pleasingly traditional sound across a wide spread of material. Thanks to the use of single driver per channel, it is very consistent across the frequency range and there’s a rhythmic engagement that’s rather appealing.

... the R3 does a truly magnificent job of creating something that passes for a stereo image

Something that is also useful in the context of the sort of work that the R3 is likely to be called upon to do is that it is consistently forgiving of compressed audio. It really doesn’t sound meaningfully different with Spotify to how it does with Tidal. As the former can be used with Spotify Connect, bypassing the limitations of the Ruark app, this is a very satisfying method of listening. Should you choose to use CD, the mechanism is quick and silent too.

The more time you spend using the Ruark, the more sense it makes. I’m a fully networked individual and the nature of how I listen to music means that I’d be likely to try and muster the £130 extra required to secure the Naim Mu-So Qb2. For someone still actively using CD and dabbling in a bit of on demand streaming though, the feature spread of the Ruark is very clever. This is a very well thought out wireless speaker that, while it may benefit from an app tweak or two, is something that certainly warrants our recommendation.

Elipson Music Centre Connect HD All In One System Review

T+A Caruso All in One Speaker System Review

Quad Artera Solus Play All in One System Review