New school, with a dash of old school 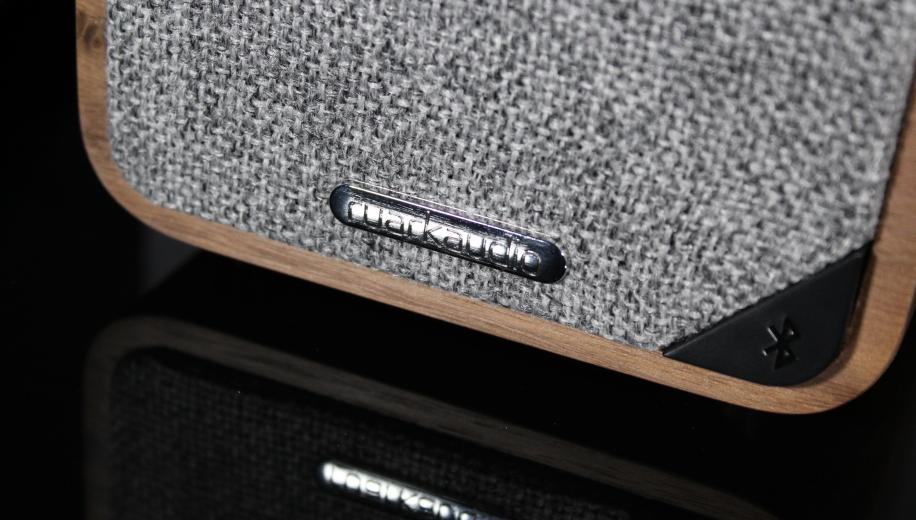 What is the Ruark Audio MR1 Mk2?

The Ruark Audio MR1 Mk2 is the latest version of the company's stereo wireless speaker system. This updated version uses two speakers for a genuine stereo performance and includes built-in Bluetooth with aptX. It also boasts Ruark's retro styling and includes a sub out for adding an active subwoofer and creating a 2.1-channel system.

The MR1 includes a remote control and, if you disconnect the stereo speaker, the master unit can be used as a mono speaker. There's even an optional battery pack, making the system portable. One of the upgrades from the Mk1 is the inclusion of an optical digital input, so you can now use the MR1 to beef up the audio on your TV, in lieu of a soundbar. The Ruark Audio MR1 Mk2 sports the kind of retro design that the company is famous for, and I have to say I really like it. There's something appealing about a modern wireless speaker that still harks back to the design aesthetic of the 1960s. The hand-crafted and dampened wooden cabinets are the same shape and size as the previous version of the MR1, but the Camera Lead grey fabric grilles can no longer be removed. Also gone are the black and white finishes, to be replaced by a choice of Soft Grey lacquer or Rich Walnut veneer. The pair I was testing was the latter and the overall build quality and finish was very good. On the top of the master speaker there is a simple dial controller, along with three LED indicators for the three inputs: optical (orange), Bluetooth (blue unsurprisingly), and aux (green). The rear panel of the two speakers uses an attractive grey metal finish, and Ruark includes a 2 metre, quality braided speaker cable to connect the active master unit to the passive left speaker. The two speakers measure 170 x 130 x 135mm (LxWxD) and each weighs 3.5kg.
The MR1 Mk2 is well-made, and the design has a cool retro appearance The Ruark Audio MR1 Mk2's connections are at the rear of the master speaker, and here you'll find an optical digital audio input with adjustable attenuation, and an analogue audio input that uses a 3.5mm jack and also has switchable attenuation. The optical input is a new addition, allowing you to use the MR1 as an alternative to a soundbar when boosting the sound quality of a TV.

There's also a phono output for connecting an active subwoofer and creating a 2.1-channel system, along with a connector for the voltage adapter, and a 3.5mm jack for connecting the passive speaker to the main unit. For a wireless connection you can use Bluetooth aptX, but unfortunately there's no built-in Wi-Fi. However you could add a Google Chromecast Audio dongle, in order to add greater flexibility. The dial on top of the main unit, allows you to turn the MR1 on by pressing it, and subsequent presses will cycle through the three inputs. You can adjust the volume up or down by turning the dial, and to turn the speakers off, simply hold the dial down for a few seconds.

The included credit card-sized, black plastic, remote is the kind of controller that is often lost down the back of the sofa, but it gets the job done. There isn't much to it, and the remote mirrors the same functionality as the dial on top of the main speaker. So you get blister buttons for power on/off, volume up/down, and the three inputs to choose from – optical, Bluetooth, and aux in.
There's a reasonable selection of inputs including Bluetooth aptX, but no built-in Wi-Fi The Ruark MR1 Mk2 has a decent set of features. On the inside, there are custom long-throw 75mm woofers and 20mm treated textile dome tweeters, both with a neodymium magnet system. These drivers are powered by 20 watts of linear Class A-B amplification. The MR1 also uses audio-grade components throughout. Other features not already mentioned include a loudness function for enhanced sound at low volume levels and a snooze mode (after 20 minutes) for auto-standby and wake-up.

There is also the auto mono operation, allowing the MR1 to be used as a single unit, and the optional BackPack II. This attaches seamlessly to the rear of the main speaker and can be left in place permanently because it charges automatically. A full charge will provide up 12 hours of mains-free listening, depending on the volume of course. Finally, there are integrated 1/4-20 UNC threaded inserts on the rear panel of both speakers for use with wall brackets.
Includes high quality components, and can be used in a stereo or mono configuration

The Ruark Audio MR1 Mk2 is easy to setup, you simply position the speakers on a solid surface a few feet apart, connect them together and plug in the active one. The left and right speakers are identified as such, and then all you need to do is connect your sources.

In order to pair the MR1 with a Bluetooth audio device, repeatedly press the control knob until the blue Bluetooth LED lights up; it will start to flash, indicating the speaker is waiting to pair. Then go to settings on your audio device, turn on Bluetooth and select “Ruark MR1” from the device list (it may take a few seconds for them to appear). When the speaker is paired and connected, the blue LED will change to solid blue.

To save power, the MR1 will automatically go into snooze mode after 20 minutes of inactivity and automatically turn back on when audio playback resumes. This applies to all modes including Bluetooth, which remains active during this time. When in snooze mode, the source LED will gently pulse. To disable snooze mode, switch on the MR1, and then press and hold the standby button on the remote for five seconds until all the LEDs flash once. To re-enable it, press the standby button for five seconds until all the LEDs flash twice.

Using the optical digital input, I connected the MR1 to an LG 65C8 TV, an LG UP970 UHD Blu-ray player, a PS4 Pro, and a Humax FVP-5000T set top box at various times. I also paired my iPhone X and Samsung Galaxy S9+ to the Ruark using Bluetooth, with testing including lossless files, Tidal, and Spotify. The Ruark Audio MR1 Mk2 was an impressive performer in testing. The two speakers are immediately superior to most of the wireless single speaker options that are available. There is a real sense of separation between the speakers and thus genuine stereo imaging. The difference was easy to hear by simply using the main unit in mono mode, and then listening to the same song with both speakers.

However the strength of the MR1 is more than just the fact it has two speakers, it's also about their quality. The cabinets are well-made and dampened, and the resulting sound is detailed and clear. These are definitely Hi-Fi speakers, delivering a level of performance that is clearly superior to what you would expect from the average, portable Bluetooth speaker.

The speakers aren't large, but they sound bigger than they actually are and the amplification can go loud without distorting or breaking up. There's a pleasingly crisp treble, a nicely rendered mid-range and some solid bass that shows Ruark knows how to design a speaker. All this adds up to an assured performance from the MR1, with a pleasing sense of cohesion and refinement.

I ran through a number of differing musical styles, and the MR1 proved a great all-rounder. The avant-garde pop sensibilities of Kate Bush were beautifully delivered, reproducing her vocals without them sounding harsh. While at the other end of the scale, Nick Cave's gravel delivery was also delivered with some skill. The more aggressive rock of Primal Scream's Rocks was tempered by the symphonic majesty of Suede's Still Life.

It isn't a perfect performance, and the relative size and weight of the speakers mean that this system will never plumb the depths of a larger model. However, the inclusion of a sub out means you have the option of enhancing the bass with an active subwoofer. The idea of creating a 2.1-channel system makes perfect sense if you plan on using the MR1 with a TV, and it handled TV shows and movies extremely well.

In fact, the Ruark would be a great alternative to a soundbar and positioning the speakers either side of the screen was highly effective. There's good stereo imaging, great placement of effects, clear dialogue, and music was particularly well rendered. All you need to do is add a sub to really boost the sound of your TV, and shows like Jack Ryan and movies like Ready Player One will suddenly burst into life.

The Ruark Audio MR1 Mk2 is a cracking wireless speaker package, which delivers plenty of features and performance for £329. The use of two separate speakers means the system can deliver a genuine stereo experience. However, you also have the option of running the main unit as a mono speaker, and you can even add a battery pack to make the system portable.

There are plenty of connections, including optical digital, analogue, and Bluetooth with aptX; there's even a sub out. There's Ruark's classically retro design, with a nicely constructed pair of cabinets, and a remote control. Most importantly the sound quality is excellent, and along with listening to music, these speakers can also be used in lieu of a soundbar to improve the audio on your TV.

The Ruark Audio MR1 Mk2 is an impressive Bluetooth system that is definitely worthy of recommendation.

The Elipson Prestige Facet 6B BT would make a great alternative, although it is more expensive at £499. The build quality is excellent, the lacquered finish is particularly attractive, and there's plenty of power thanks to 140W of Class D amplification. There's a good selection of connections, that includes a phono input, and setting up and controlling the 6B BT is very easy. Elipson even include a Google Chromecast Audio dongle free of charge. The performance is exceptional, with proper stereo separation and precise imaging. The sound is clean and clear, with loads of fine detail retrieval, resulting in a genuine high fidelity experience.