"I never walk into a place I don't know how to walk out of." 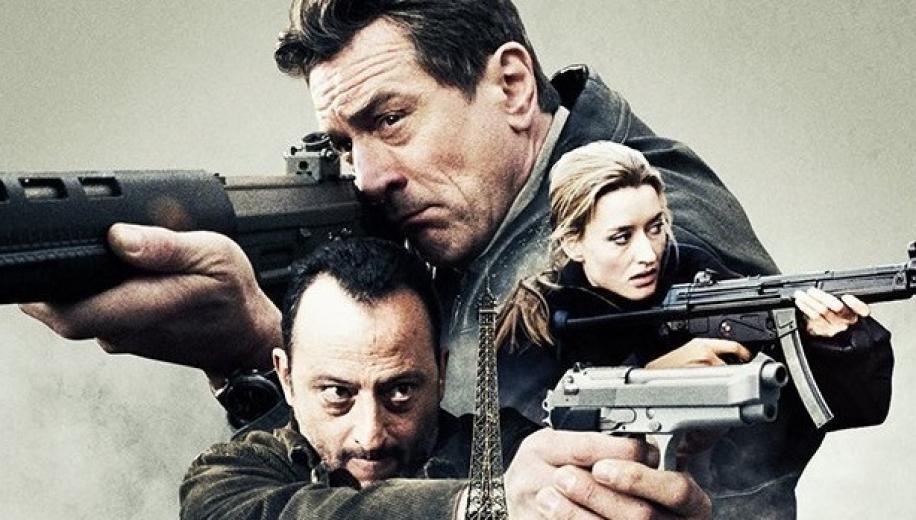 The action-thriller classic Ronin has Robert De Niro leading a great cast and making the most of an electric script and excellent action sequences.

The nineties saw the final dying breath of consistent De Niro work, with his last classics, Heat and Casino, and the gem that is Ronin. Seemingly small-scale, the deceptively limited premise of a bunch of mercenaries banding together in France to steal a mysterious briefcase is serviced by a superior script from David Mamet. Mamet's strangely enjoyed little glory in Hollywood despite how razor-sharp and distinctive his words are (territory the similarly snappy Shane Black shared until Iron Man 3's success), with a few real gems out there if you can find them. Here, De Niro has an absolute blast rattling off the prose, pinging off witty, surprisingly quotable lines at his all-star cohorts, including the likes of Jean Reno (in one of his rare Hollywood outings), an against-type Sean Bean, a dodgy-accented Natasha McElhone, and a suitably shifty Stellan Skarsgard (with Jonathan Pryce scheming in the background).
Tearing around Europe with handguns, assault rifles, heavy machine guns, a grenade launcher and even a bazooka, De Niro literally has a blast on the action front too, even talking Reno through surgery to remove a bullet from his side with the off-the-cuff remark that he's an old pro at auto-surgery, having once had to remove an appendix with a grapefruit spoon. And Frankenheimer still has what it takes when it comes to staging action sequences and, in particular, breakneck car chases, leaving Mamet's script to do the heavy lifting and focusing on the punchy action beats instead. It may not aspire to A-movie greatness, but it's B-movie genius nonetheless, an immensely fun, witty, thrilling, unpredictable and explosive little action thriller with a cast to die for. The script and stars may be far better than a film like this generally deserves, but it ends up being far better than it should have been as a result.

Arrow deliver an excellent Region B-locked UK 1080p/AVC-encoded Blu-ray re-release of Ronin sporting a brand new 4K restoration of the film, framed in the movie's original theatrical aspect ratio of 2.35:1 widescreen, and taken from the original camera negative and supervised and approved by the director of photography, Robert Fraisse. The results are very impressive and, whilst the film is only 20 years' old, it's still nice to see it look this good, with a finely nuanced and richly textured look that likely leaves this in the best condition it's ever been seen in.

Detail absorbs the richness of the French environment, and the lines on the faces of the veteran ensemble cast, managing the frequently dour settings with aplomb, whilst revelling in the sunny, more colourful coastal daytime sequences. The early releases of Ronin on Blu-ray were almost universally flawed, not only revealing fleeting dirt, but also fluctuating grain and troublesome softness and haze, and variable shades of grey instead of strong blacks. It looks positively antiquated opposite this new remaster, which provides a healthy swathe of grain but does so with a consistency that merely adds to the texture of the image.

Black levels this time around are strong and rich, afforded decent shadow detail. And with no signs of any damage whatsoever, the strong video presentation concludes its business on a demo-worthy high, making the most of the 4K remastering work, and only falling down in the fact that it hasn't been used for a simultaneous Ultra HD Blu-ray release which could fully capitalise on the work done to clean up the piece.

Ronin never really came up short on the aural front, even a decade back for its first Blu-ray release, and this new edition certainly delivers the goods with aplomb, making the most of the boisterous and frenetic action sequences that boast thunderous gunfire from myriad weapons, as well as tyre-screeching car-crashing high speed chases to punch through your living room wall.


Despite its relative age, Ronin sounds great on this Blu-ray release

The DTS-HD Master Audio 5.1 track is as impressive as the video, promoting the razor sharp dialogue with priority, rattling out front and centre, whilst a superb backing score sweeps you up in the frequent extended action sequences and tense tactical operations, giving the surrounds more than enough to consistently play with even before we get to the best bit: the effects.

Assault rifles, heavy machine guns, semi-automatic handguns, and grenade and rocket launchers allow for a stunning array of distinct weapons sounds, almost universally thunderous, perforating your living room with bullets as the surrounds get a full workout, whilst the car chases provide roaring engines, screeching tyres and smashing crashes to test the airbags in your sofa. An engulfing, aggressive, but still precise offering, with more than enough surround activity and LFE support, Ronin sounds great.

Arrow's new release of Ronin is noteworthy not only for its 4K-remastered picture, but also for its plethora of extras - both new and old - headlined by a strong and interesting Audio Commentary by director John Frankenheimer, who discusses his work on the film, the ensemble cast, the script and story, and the action sequences. There are a couple of great new additions - a brand new Interview with director of photography Robert Fraisse, who supervised the 4K restoration and talks about more than just the look of the film, and filming of key sequences, offering a broader view of the production - and a Documentary on Robert De Niro by Paul Joyce, who looks at the legendary actor and his work here.


The package itself is impressive

There are also a half a dozen archival Interviews and Featurettes, including the overview Featurette Ronin: Filming in the Fast Lane; another Interview with Fraisse, Through the Lens; The Driving of Ronin, which looks at the stunts; Natasha McElhone: An Actor's Process, an Interview with the actress; a Composing the Ronin Score Featurette; and an In the Ronin Cutting Room Interview with the Editor. There are also a trio of Venice Film Festival soundbites with De Niro, Reno and McElhone, as well as a slightly more bleak Alternate Ending and the Theatrical Trailer.

The package itself is impressively presented with some excellent reversible cover art and a nice little booklet with further interviews and articles. It may not aspire to A-movie greatness, but it's B-movie genius nonetheless

Arrow's much-appreciated Region B Blu-ray re-release of Ronin offers up a fabulous 4K-remaster for the video, strong audio, and a welcome plethora of extra features, all wrapped up in a nice little package. It's a must-have for your collection and comes highly recommended.