A low budget Tears of the Sun... with CG lions? 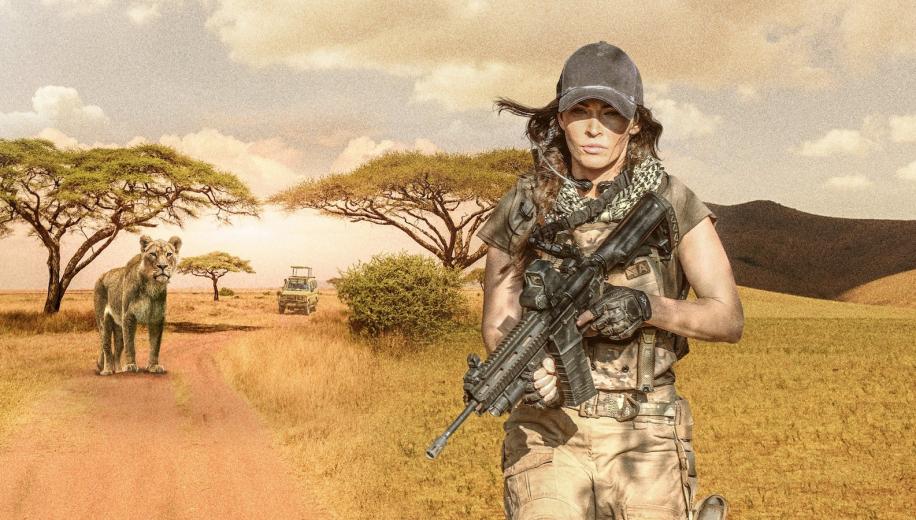 Solomon Kane director M.J. Bassett, after her recent tour on Altered Carbon, heads to Africa for Megan Fox's low budget Tears of the Sun... with lions.

Brit director M.J. Bassett has fought to forge some kind of B-movie career for herself over the past 20 years, working magic with zero budget, but never really handed the opportunity to show her teeth doing something substantial. Solomon Kane displayed early promise, but she's been since lumped with low rent straight-to-videos sequels, first the poorly-received Silent Hill: Revelation and the second a sequel that nobody expected or wanted - and that was originally supposed to bring back Spike Lee and all of his ensemble cast, including the likes of Denzel Washington and Clive Owen - in the form of the almost-utterly-unrelated-to-the-first-film, Inside Man: Most Wanted.

Despite what she's had to work with, she's always maintained an admirable level of professionalism, committing to these throwaway projects with the kind of enthusiasm that surely would have by now been rewarded with something better than this trash. Rogue doesn't change the tempo for Bassett, although it does afford the filmmaker the opportunity to take perhaps a more personal involvement in some of the production (it was co-written by her and her daughter) and to work with one of her biggest stars, albeit a star who has somewhat fallen from the limelight, in Transformers' Megan Fox.

Megan Fox's team of mercenaries have a tough mission in Africa - to rescue the daughter of a wealthy client from some sex traffickers. When her team encounter a number of captive girls, and refuse to leave without freeing them all, the extraction goes to hell and they're forced to flee and hold up in a decimated village where lions were being farmed, and where a feverish lioness intends to exact her wrath upon any human standing.

Rogue possibly could have had a good line in B-movie military survival thrills a la Tears of the Sun, had it kept focus, with the opening assault - however clumsy on reflection - setting the stage for the kind of run-and-gun action narrative which has served plenty of lower budget movies well (2012's Special Forces was surprisingly good). It wouldn't have won any awards, but it would have been solid genre fare, undoubtedly raised up by Bassett's innate ability to make something out of literally nothing.

Unfortunately - and it's hard not to level the blame at the writers in this case, even if they're family - the story goes way off the reservation, seeking to play out a little bit more like something like Pitch Black or The Descent, where a survival narrative becomes something very different indeed once 'the real terror' is unleashed. That terror, if Rogue is a lesson to anybody, simply can't be a single CG lioness. Not in a movie about hardened mercenaries and the armed-to-the-teeth gang on their trail. And not if you don't have the budget to pull off the CG needed to make even that one lioness a viable threat.

Rogue is surprisingly watchable, attempting to somehow fuse Tears of the Sun with Ghost and the Darkness, which is a thankless task

Fox is questionable casting for the mercenary lead, but seems to - mostly - rise to the challenge, still a little glamorous for the role (hell, couldn't she have even tied back her hair?) but occasionally looking reasonably competent with a firearm, which is possibly the most anybody could have expected. It must have been a challenge fighting a poor CG lioness and keeping a straight face, and Fox at least sticks to the script, and mostly holds her own, which is pretty handy as, apart from perhaps her co-star in Strike Back's Philip Winchester, the rest of the cast leave a lot to be desired (Kidulthood/Adulthood star Adam Deacon is particularly miscast as the lead villain, and none of the girls being rescued deserve to be spared).

Rogue is surprisingly watchable given its wayward story, occasionally quite graphically violent, occasionally maybe even fleetingly tense, attempting to somehow fuse Tears of the Sun with Ghost and the Darkness, which is a thankless task, and really should not have been attempted in the first place. The final twist is so melodramatic it almost undoes any goodwill garnered to that point, but Bassett, Fox and co. maintain their composure despite the ludicrousness of the whole scenario, and, at the very least, this is another example of a low budget feature from a filmmaker who knows how to work some serious magic in making nothing into something. It's just a shame it wasn't something a little better than this.