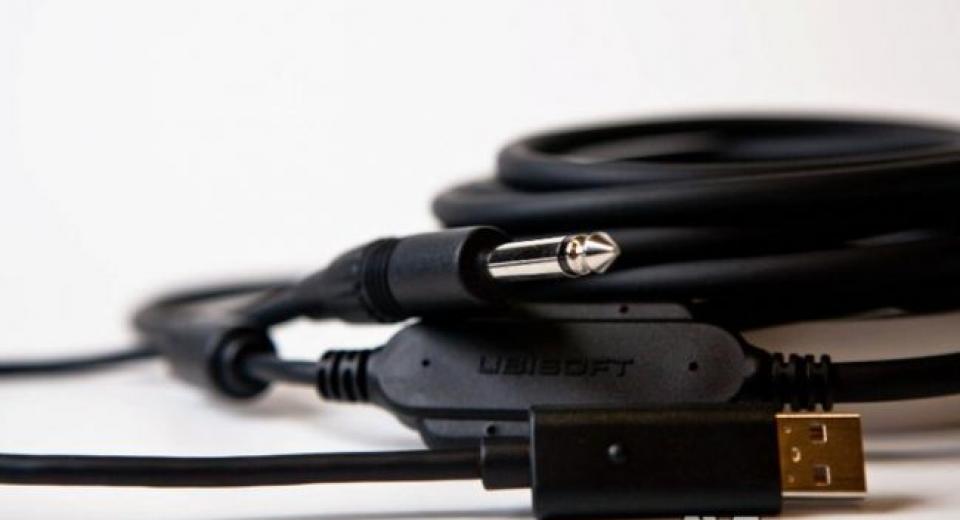 If there is one other form of entertainment I love more than video games it's music, so whenever my two favourite mediums collide it inevitably doesn't end well for my bank balance. Lumines, Rez, Guitar Hero, Rock Band, if it makes me nod my head I'm in. Meanwhile for several years I have been flirting with learning the guitar, buying books, watching endless tutorials on YouTube and learning a few of my favourite riffs.

While I've had some measure of success I struggled to maintain any long term commitment to something I've always wanted to learn. Even worse I would spend hundreds of hours clacking away on my plastic guitar developing skills which while impressive (thanks Devil Went Down To Georgia on Guitar Hero 3!) weren't particularly transferable to a real life instrument. Rocksmith attempts to lift the rhythm game from the ashes of the declining plastic instrument fad and transform it into a genuine tool for developing real world skills on the guitar.

The first step in this journey is to acquire and plug in a real instrument, the real tone cable with its quarter inch jack allows you to connect any electric guitar or bass to your console (or PC) via USB and applies the appropriate wizardry to turn the analog signal into a game friendly digital signal, thus transforming your setup of choice into a makeshift amp. The thing I have struggled with the most when learning guitar is recreating the sound of my favourite artists, whilst I might be able to play Deep Purple's "Smoke On The Water" it never sounded quite like it should. Rocksmith delivers authentic song tones which replicate the equipment used to deliver that distorted sound just as it should. Selecting the Amp from the menu allows you to not only load these authentic song tones but create your own, as you progress through the game you will not only unlock authentic song tones for the songs you complete but a plethora of guitars, amps, pedals and effects that you can experiment and jam with. I'll admit one of the first things I did was tune the guitar to Drop D, select the crunchiest tone I could find and windmill a few power chords; but there is opportunity for some serious customisation and you could easily spend hours simply jamming out in the Amp section.

The core of the experience revolves around playing along with the track list which is 50 strong out of the box and spans both genres and difficulty levels. You can of course supplement the selection via DLC which, although not at the ridiculous quantities of something like Rock Band quite yet, offers a growing selection of tracks to customise your game with. The career or "Your Journey" charts your progress as a fledging act as you learn songs, complete sets and unlock new venues. The game will present you with a set of tracks which you must become proficient in before performing them in a row and being awarded RSP (Rocksmith Points) which increases your rank.

If you have played any of the aforementioned rhythm titles you will be familiar with the presentation of a moving highway of notes which the player must hit in time for the correct note to play. Whilst the presentation may be familiar, the explosion of frets and strings are a world apart and will require nothing but good old practise to get use to. The game offers several aids to help you adapt; the strings you should be playing will be highlighted and if you hit the wrong fret or note on-screen prompts will nudge you in the direction of success.

At the heart of the learning tools is the dynamic difficulty system. The first time you play a song regardless of your skill level the game will present you with a cut down version of the track; with single notes that hardly resemble the end product. As you improve and hit the correct notes the game will add in more and more (or less and less if you keep missing) notes on the fly, inching you closer to the full version of the song and introducing chords and other techniques such as slides, hammer ons and pull offs. Play the song well enough and you will be playing the track in its full form by the end, eventually unlocking "Master Mode" which does away with the note highway completely and allows you to play along with the backing track using the skills you have learnt. The difficulty curve here is significant, you will spend hours struggling to keep up with even the simplest of tracks whilst you look between your hands and the screen, only for the game to up the stakes when you gain any measure of success. Beginners may find the moving goal posts frustrating while experts will want to skip the process altogether but find themselves having to prove themselves just to access the hidden Master Mode which sets them free. Still persistence is rewarded when the particular technique/ chord progression/ song "clicks" and you realise you can indeed play along from memory. The results can't be denied but the system remains flawed in some ways, it would be nice to be able to lock the dynamic difficulty at a certain level or bypass it altogether but when you're playing along with Slash on the main riff to "Slither" without looking, the pain caused on the journey is long forgotten.

The best place to relieve the frustration of these flaws is by making use of the Techniques section which contains some useful tutorials introducing you to a variety of techniques from barre chords to finger picking and provides you with challenges to test your skills. You also have tools such as the riff repeater which allows you to pick a portion of a track and play it ad infinitum at the difficulty level and speed of your choosing; so you can really get that solo down without playing through the entire track over and over. These elements and others like the guitar tuner make Rocksmith feel much less like a game and more like a tool for learning, it might not eliminate the need for tuition lessons and surely cant compete with the knowledge and experience of a expert but its a pretty comprehensive aid which is very useful for learning at your own pace.

Once you become familiar with your instrument and the game a few more cracks start to show, the dynamic difficulty can be very inconsistent, some times escalating the difficulty quickly and others making it seemingly impossible to progress no matter how accurate you are. As innovative as the real tone cable is there are still some kinks to be ironed out, palm mutes, bends and harmonics often seem either impossible to pull off or completely optional with the game recognising normal notes in thier place. For someone proficient in these techniques this lack of detail would be disappointing, for the beginner though by the time they notice these issues they will have reaped enough benefits that it wont sour the experience.

On a mechanical level the User Interface isn't the most pleasant thing to use, from the constant tuning to the lengthy load times. The clunky menus require a controller to navigate and when you have your hands on the controller instead of the guitar it can become a tedious affair with annoying quirks like having to retune your guitar every time when replaying a track and being dumped back to the beginning of your song list after playing a song from the middle of the selection. It's an unsophisticated implementation which could use an overhaul in many areas to improve the end user experience. To supplement the main career Rocksmith eventually falls back on its video game roots and uses them create some novel ways to keep you interested in practising all manner of techniques and simply get you more comfortable with your guitar.

The mini games unlock as you progress through the career and concentrate on different skills, "Ducks" and "Super Ducks" help you get used to moving between strings and frets by creating a spin on the classic Namco title Galaga;  to shoot the descending ducks you need to hit increasingly fast sequences of notes forcing you develop that essential muscle memory. Chord of the Dead has a similar concept but replaces single notes with chords as you fire mini guns to stop the zombie onslaught. There are several more games for different techniques such as slides, harmonics and tremolos.

The Guitarcade plugs directly into the part of a gamers brain which responds to high scores, competition and rewards. This is the element of Rocksmith which feels the most like a video game and it smartly provides an incentive to keep the guitar in your hands after you get bored playing the same tracks over and over. Leveraging the video game aspect is something which Rocksmith does very well in its aim to become an effective learning tool. As a game it might not be much traditional "fun", you certainly wont throw it on during a social gathering like you might with Rock Band but you will spend hours practising obsessively with headphones on as the game dangles numerous carrots in front of you ultimately maintaining your interest long enough that you begin to see some tangible results. The sense of satisfaction of playing along to even the simplest of chord chugging tracks quickly becomes addictive and turns into something that is not just fun but incredibly rewarding. Rocksmith fits into the video game category on a technicality, the structure emulates successful formulas previously seen in the genre but the real tone cable and the use of real instruments elevate it to a category all on its own as a legitimate learning tool. Objectively there are a lot of flaws, Rocksmith shows all the hallmarks of an ambitious first attempt; warts and all. Expert players will bump into issues such as the the restrictive and stubborn dynamic difficulty and the sloppy implementation of advanced techniques while the poorly designed menus make the interface more of a battle to get at core of the experience than it should do. Subjectively though all of the flaws exist around the periphery of one the most rewarding rhythm games you are ever likely to play, it's problems as numerous as they may be come nowhere near to diminishing the sense of achievement you gain from mastering that riff you have been listening to for years.

Rocksmith promises and succeeds at helping players make progress by offering a multitude of information, tools and straight up tuition, all of which can be tackled in the comfort of your own home at your pace and with the music you want to play (within the bounds of DLC). They smartly leverage the reward based incentives that video games offer to propel you forward towards your goal whilst having fun along the way. It might not be the alcohol fuelled party type of fun offered by its predecessors, instead it provides much more useful long term satisfaction which becomes much more fun that you could ever imagine. Malcom Gladwell suggested that 10000 hours is around the right amount of time required to become an expert at any task; Rocksmith won't shorten this time requirement, the same amount of dedication and investment will be required for success but it will however provide with you some useful tools and a solid structure to begin your journey with.