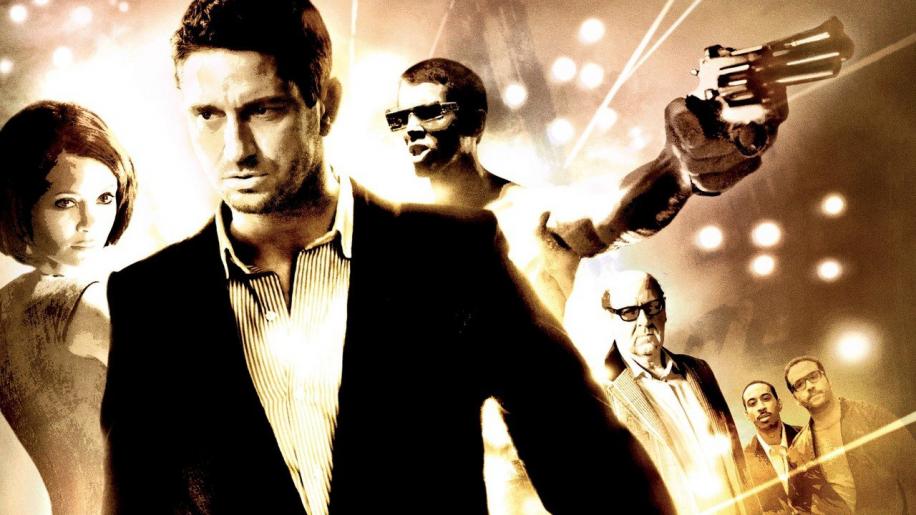 So you all know what a RocknRolla is right? You what? You mean you don't? Okay so let's break this down for you then. A RocknRolla is a bit of a geezer, not just any geezer but a diamond geezer. You know the sort a ducker and diver, a bit of a survivor? He's the sort of guy who'll have more feet on the street than coppers on the beat, has his ear to the ground and is as sound as a pound.

You see a RocknRolla not only knows how to 'rock' on in the good times he also knows how to 'roll' with the punches in the bad ones. What we are talking about here peeps is a person who is always in it, to win it.

Guy Ritchie is certainly back in it. Storming onto the British film scene way back in 1998 many recall Lock Stock and Two Smoking Barrels and Snatch as his best works. Given his follow up movies were received indifferently you'd be forgiven to think his credibility was shot. Well thankfully, whilst those double barrels were left smoking a long time ago, he still had a few cartridges left to blow away any further doubters. Consider RocknRolla as Guy Ritchie's second coming because this film has brought him back onto the scene in blazing form.

The territory is London and the gangster scene is far removed from the good old East End days. There's a new type of underworld operating in town and they're a lot more clued up than those of yesteryear. Property is the boom business now and it's a great way to rinse all the dodgy money that floats around in the system. Ritchie has not minced any bones here and the new influx of dodge stems from the Russian Oligarch invasion. Think of a Russian with billions to spend, a football club to run and a stadium to build. There's no subtlety here and no surprises on who's being suggested. Guy Ritchie has associated the colour 'red' with the London football team where most would associate the colour 'blue'.

Uri (Karl Roden) plays the Oligarch. He's bought himself the football club and the new stadium being built for it has hit a hiccup. Fancy buildings need fancy planning permissions and unless you're well versed with the art of influence that goes on behind city council doors then you'll be in trouble. Thankfully money here is no object, so whatever is being sought can also be bought. In step the heavy guys who can make it happen and add the lubricative grease to turn the wheels of such underhand transactions.

Lenny Cole (Tom Wilkinson) is the East End boy done good, a dinosaur relic of a gangster that's learned to live in the new age world. Having all the right connections he has the muscle power to influence whoever needs influencing; planning permission is merely a click of the fingers away. Not only is this guy from the old school, he's also got London nailed as his home turf; the keys of the city are in his back pocket. No one gets to Lenny if he controls all around him and he most certainly does.

Make no illusions about it, it maybe 10 years on from Lock Stock but the recipe is familiar. The shotgun is replaced by a painting and the lovable rogues are a new set of faces who call themselves 'The Wild Bunch'. One Two (Gerard Butler), Mumbles (Idris Elba) and Handsome Bob (Tom Hardy) are the not so unlikely team of criminals. They're quite savvy and know their way about town but it's a graft for anyone to climb the greasy pole of an illicit career. Having tried to invest a few 'large ones' in a lucrative property deal for themselves, they became a bit unstuck when Lenny snared their deal. He had lent them the money to buy the property in the first place but unbeknown to them he also pulled the rug from beneath their feet to scupper their investment plans. Lenny knows that pulling these kind of scams are a great way to keep the wannabes on their toes and barking at his feet as well as double his money.

That's the crux of the story but the rest is pure Guy Ritchie fare and it's the rest that makes it all pure gold. He intertwines a comical episode of related events in a hard hitting and frenetic fashion. The Wild Bunch already indebted to Lenny for the property need to raise some serious wonga in double quick time. Thing is although he's not a man who likes to be kept waiting to feel the fabric of his own fibre, he's in a spot of bother himself because he's only gone and lost the Russian's favourite painting. Added onto that every time Uri tries to pay Lenny off for his 'favour' both of them get fleeced by their accountant. The concoction of capers on offer here folks is as hilarious as it is entertaining and it's top grade stuff all the way.

Thandie Newton plays the ultra smooth and sassy accountant, Stella. Her slender lines cut a delectable silhouette but this lady's figure is not her only point of interest. This is one seriously expensive lady to have wedged in between deals and she scams Uri for £7m a slice. However, those that play with fire must also be prepared to get burnt; a gangster's world is not a gangster's paradise for all.

So, there's plenty going on in the movie to make this comedy con a feast of a watch in its own right but that's not the end of it. What Guy Ritchie has done is take his hallmark style and put it on a higher octane. Throw in a few degenerate junkies, led by failing rock star called Johnny Quid (Toby Kebbell) to stir it all up and hard man Archy (Mark Strong) who sits at Lenny's right hand to help keep everything in check. As with all the performances in this film, no one ever puts a foot wrong and the film sparkles all the more for it.

Make no bones about it, this is some story. The manner that it's been put together (many acts tied with a highly entertaining narrative) is nothing short of fantastic and it works because Archy's narration is the superb overlay keeping the momentum continually moving forwards. It wouldn't be a Guy Ritchie film if it didn't have as many twists and turns as a board of snakes and ladders and RocknRolla is no different; it will keep you guessing right until the end and ends up simply being a cracker of a film.