Pulls you in with its terrific new arrangements of classic hits 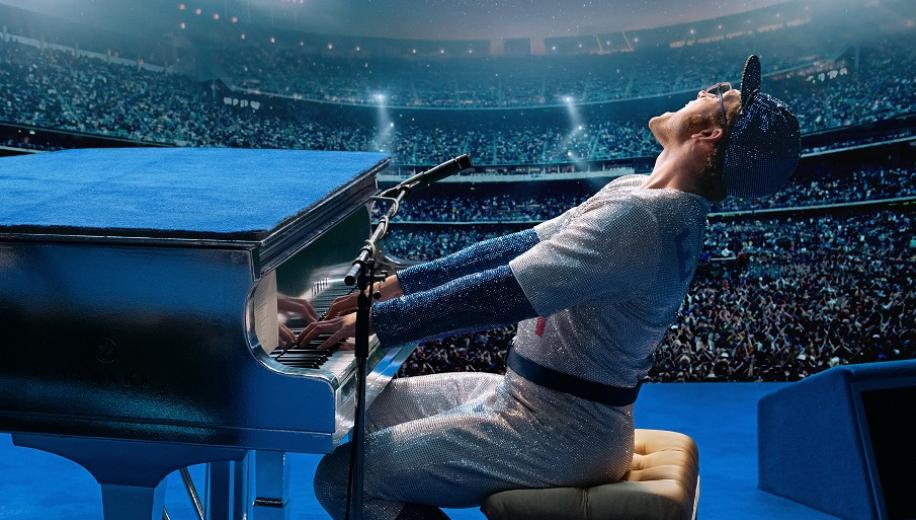 Real love's hard to come by. So you find a way to cope without it

Much like most music biopic pictures, from The Doors to Bohemian Rhapsody, tonight’s feature, Rocketman pays only lip service to the truth, but unlike those films, it is upfront and obvious in its fiction – the film plays much like a stage musical (think Jersey Boys) by using (anachronistic) songs as part of the narrative and to emphasise character feelings and motives. In this sense, the film is less about the rise to fame as it is about the story of show business and how desperation and addiction, driven by a deep need for love, can come to define a person.

Director Dexter Fletcher has been quite upfront about this, and so picks the highs and lows of Elton John’s story and packs it full of foot tapping, sing along songs that form the basis of the film. It does take bold steps to show the misery of Elton’s life and the addictions that became a part of it, and this, more than anything, makes the story - despite is upbeat nature - actually quite depressing. And when viewed from afar, it is actually quite bitter in its treatment of anyone around the star, save that of Bernie Taupin, leading many to suggest this is nothing more than Elton’s snipe at all those around him. At least it does mention the star's temper and disregard, even if only in passing.

All this does make the film somewhat disengaging, even though it tries valiantly to pull you in with the terrific new arrangements of classic hits. It does beg the question can the style overcome the substance? Nearly. Rocketman was shot digitally using Arri Alexa Mini cameras with a resolution of 3.4K and was finished as a 2K DI which has used for this Ultra HD Blu-ray release. The disc presents an up-scaled 3840 x 2160p resolution image in the widescreen 2.39:1 aspect ratio, and uses 10-bit video depth, a Wide Colour Gamut (WCG), High Dynamic Range in the form of both HDR10 and Dolby Vision, and is encoded using the HEVC (H.265) codec. We reviewed the Region free UK Ultra HD Blu-ray release of Rocketman on a Panasonic 65DX902B Ultra HD 4K TV with a Panasonic DMP-UB400 Ultra HD Blu-ray player.

Despite being an up-scale the picture is terrific, detail is sharp and well defined with skin texture (the aging of Elton’s mother) and clothing weaves (particularly the outrageous costumes, from sequins to feathers) standing out well. Crowd scenes fare well with decent definition, while close ups of records, pianos, and music and lyric sheets are keen.

It is, however, the WCG and HDR where the real magic happens; colours are simply gorgeous, showing a depth and vividness that a Blu-ray cannot muster; check out the ‘Bitch is Back’ scene, and how boldly and richly the devil’s costume stands out against the deliberately faded background, or the sheen on the chicken costume or better still the subtlety of the carnival scene (Saturday Night’s Alright For Fighting) and the lighting from the stalls and Ferris wheel.

Black level is terrific, adding plenty of depth and shadow detail; this is especially true of the concert appearances, while the white scale is amazing, from costumes to cocaine.

The original source is pristine and there are no compression issues. The Dolby Atmos track is simply sensational, using all the channels to really immerse you in the surround environment. The musical numbers are wonderfully realised with a cacophony of sound from all directions, yet maintaining a vivid mix and wide separation, and they sound tremendous. The layering between the instruments, the bass and the vocals is something to behold. Dialogue is clear and defined with priority towards the frontal array, and sounds perfectly natural.

Bass is wonderful; whilst the film doesn’t entertain many LF effects, as such, the bass notes of the instruments are wonderful, particularly that of the guitars. Ambient effects are handled very well; street sounds, cheering in crowd scenes or the reverb of vocals in a hall, etc., are all fine examples. It is, however, with the score that the real impact lies, and it easily reaches the best the format has to offer. There is nothing on the UHD and we have been unable to view the extra features on the Blu-ray, here is the list from advertised material. Director Dexter Fletcher’s Rocketman is less about the telling of the story of rock legend Elton John’s early life as it is about show business and addiction, and it uses the star’s songs as a narrative device much like a stage play does; indeed, the whole thing comes across as such. It is also quite a bitter recounting of the highs and lows of the performer’s life, blaming all the insecurities on those around him while trying to be up-beat with new arrangements of classic songs. Does the style win out over the substance? Almost.

The 4K UHD set from Paramount is pretty good, the image might be an upscale but the detail, colouring and black levels all surpass the Blu-ray, while the Dolby Atmos surround track is blistering in its engagement, arrangement and bass. The extras package (unseen) looks to be quite good also.