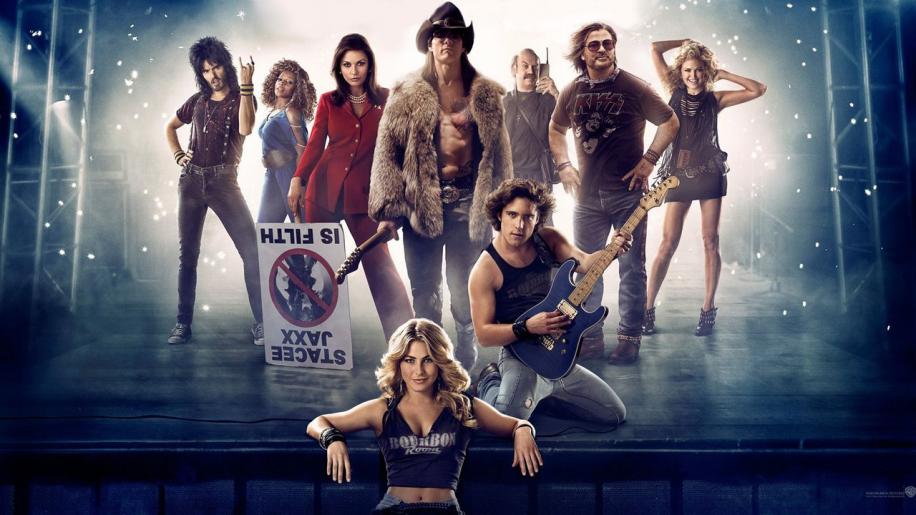 What do you call a Musician without a girlfriend?

Back in the 80s, I was young, fresh faced sound engineer, learning my trade with a string of dubious bands in various seedy venues and council run “cultural” festivals. It was long hours, poor pay and the sex and drugs never made it my way. By the time I had established myself in the touring arena category sized shows, most of the bands had dried out, the drugs were too expensive and the groupies all looked like my mum. We all still pretended touring was “Rock and Roll”, but the old saying “What goes on the road stays on the road” became “What goes on the road goes on Facebook” and that was the end of most of the more serious shenanigans. These days most top level sound engineers are degree qualified professionals who spend their leisure time keeping fit or honing their own substantial musical skills. You are more likely to find a portable recording rig in the back lounge of the tour bus than a few lines of coke and a bottle of Jack Daniels.

Why do sound engineers only ever say 1 -2?

When you get to 3, somebody says “Lift”

So what do my rambling recollections have to do with this movie? Quite simply it epitomises everything that I thought the industry would be, but sadly, I arrived too late. In fact, I am not sure it ever really existed outside of the closeted world of the top handful of bands. If a support act had trashed a hotel room, the tour manager would not have congratulated them for the publicity stunt, but sent them back to tidy up and pay for the damage out of their own pockets.

How can you tell if the aircraft is full of musicians?

The whining continues after the engines have stopped

Set on Hollywood’s Sunset Strip in the late 80’s, this is a re-working of the hit Broadway show of the same name. It follows the story of small town girl Sherrie Christian (Julianne Hough) as she arrives in the lonely world of Los Angeles and meets a city boy – Drew Boley (Diego Boneta) raised in South Detroit who appears to be going nowhere. She aspires to be a singer in a smoky room while he has confidence issues that she helps him to overcome, exalting him to “Don’t stop believing” in himself. Intertwined in this love story are other characters with their own tales to tell. The wasted rock star (Tom Cruise) with his attendant monkey, the slime-ball manager, complete with pony tail and mobile phone, the priggish upstanding political wife (Catherine Zeta-Jones), the aged rocker club owner (Alec Baldwin) and his stoner side kick (Russell Brand). All are wonderfully stereotypical and I can’t fight the feeling that from the outset this is going to be a feel good movie, even in the shadows of the night.

What do you do if you find the tour manager lying on his bed, purple and breathless?

Hold the pillow down for longer

As you might expect, there are plenty of musical numbers, in fact, the dialogue is just links into the next song, with characters expressing their feelings through the lyrics. More than words, you might say. We open the movie with Christie sitting on the Greyhound bus, as it takes her away from home and to her new life in LA. Of course, every rose has its thorn and she soon learns the realities of the big city. Oh sister Christian, what a start! Robbed of her precious records, she stands with just the clothes she is wearing and seventeen Dollars in her pocket. It’s not exactly heaven in her eyes, but at least she is taken under the wing of Drew and he gets her a job at Bourbon – the skanky, run down rock club where he also works along with the rest of his band. To her this is just like paradise, working in the very club where her hero Stacy Jaxx (Cruise) first played. Meanwhile, all is not quite so happy in the world of owner Dennis Dupree (Baldwin). The bills are mounting, the mothers union are campaigning outside and he seems almost ready to throw in the towel. However, when Jaxx takes to the stage, his audience want nothing but a good time and the money comes rolling in. Unfortunately, sleezy manager Paul Gill (Paul Giamatti) also rolls in shortly afterwards and his take of the proceedings clears Dupree out.

What do you throw a drowning guitarist?

Christie leaves the Bourbon following a tiff with Drew and with too much time on her hands ends up in a strip club being offered a job by Mary J Blige. This is one of a number of cameos in the movie, but the only one with a major part. Christie will need to harden her heart to work as a waitress in such an establishment, but the boss has other ideas and wants her up on the stage. In the heat of the moment, she accepts. Drew however has hit the big time, at least as far as he is concerned. His debut gig at the Bourbon was a barn stormer and he is now signed to Gill, but his style has to be more New Kids on the Block than Aerosmith, much to his embarrassment. Jaxx is interviewed by feisty Rolling Stone reporter Constance Sack (Maline Akerman) and realises he has been waiting for a girl like her and embarks on (For him) a lengthy courtship lasting maybe 6 minutes or so. Drew mistakes Constance for Christie and thinks it is she who is passionately sharing Jaxx’s dressing room. He hates himself for loving her, but cannot get her out of him mind. Likewise, she can think of no one but him.

How can you tell if there is a drummer at the door?

Prudish Patricia Whitmore, wife of hanky panky loving Mayor Whitmore seems to have a particularly venomous side reserved for Jaxx. Is there a renegade side we have yet to uncover? There is only one thing that can save the Bourbon club from her clutches and that is a sell-out gig. When it is announced that Jaxx will headline, the crowds are out force, both the rockers and the protesters, all wanting him, dead or alive. The stage is now set for the final countdown. With the battle lines drawn, we cannot stop the music and it’s time to come on and feel the noise. The bands strike up, hit us with their best shot and the search is over. Rock and Roll is safe and it takes more than words for everyone to express their feelings, any way they want to.

How do you get musician off your porch?

Pay him for the pizza

So is this a good movie? As musicals go, it is quite enjoyable and the soundtrack will blow you away. The storyline is naff, but that is only to be expected. Anyone who has seen We Will Rock You will bear me out on this one. The performances are all very strong with the exception of Russell Brand who uses some odd Birmingham accent that he cannot pull off and does not fit the film either. That being said, his love scene with Baldwin is very funny. This is not a particularly sophisticated film, but it makes for a fine piece of escapism. Some might want more in terms of depth of characters, but as a sit back and enjoy movie, it rates fairly highly. Tom Cruise plays the rock star very well, combining the pseudo philosophical character with the over the top on stage persona. He does get upstaged by the monkey though.

If you wanted to hear the songs as originally recorded, you will be extremely unhappy with this movie. All of them have been re-recorded by session artists to an admittedly high standard, but of course it is not the same. The majority of poor reviews have been down to this issue, as expectations were that the original tracks would be included. Bearing in mind this is the movie of the theatrical show, this was never going to happen.

So here is the problem, just who is the movie aimed at? More sophisticated musicals like Moulin Rouge appealed to a wide range of viewers, but this feels closer to Camp Rock and Glee. The issue is that the storyline does not lend itself to this demographic, nor to those that actually remembered the 80s rather than being born in it. The nostalgia is not that big a part of the film, so what you are left with is some re-recorded songs, and storyline left wanting all hung on the shoulder pads of the 80s. Historically there are more than a few gaffs and much of the music dates from after the film is supposedly set. Another major niggle for me is the film classification. How this got a 12 certificate is a total mystery. The sexual content is very high, including simulated sex acts and extremely raunchy dancing making it a 15 in my view. The storyline itself does not fit comfortably with younger children either. Be warned and send your more impressionable offspring to bed before loading this disc up.