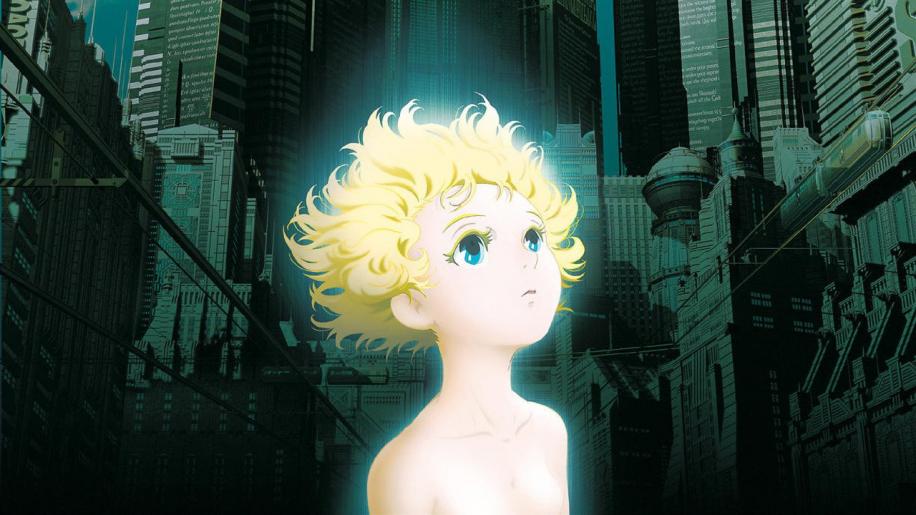 Based on the classic comic strip by the late Osamu Tezuka (the creator of the legendary Astro Boy) and scripted for the screen by Katsuhiro Otomo (the writer of Akira) Metropolis has a heritage few films could ever live up to. To say that it only just misses out on the unrealistically high expectations it generates should still be enough to convince you that this is a film well worth seeking out.

In a future, a powerful man known as the Red Duke builds a modern Tower of Babylon, which he names the Ziggurat. The tri-level city surrounding the tower is in a state of unrest, with the population's servant robots being killed off by anti-robotic humans and a revolutionary army looking to overthrow the current rulers of Metropolis. Chief amongst the robot-haters is the Duke's own son, who becomes even more upset when he discovers plans to put a robot modelled on the Duke's dead daughter on the throne instead of him. Into this maelstrom of intrigue and politics are thrown a detective from Japan and his young nephew. After an attack by the Duke's son, the detective's nephew and the young robot girl are forced to go on the run together and discover what their place in the future of Metropolis truly is.

A mixture of traditional and CGI animation (the result looking like a futuristic Tintin), Metropolis is a slow paced film that seems a little slight at times, but actually has a lot to say for itself. The laid-back nature of the storytelling and the slightly 'cutesy' character design may infuriate , but for this reviewer at least, Metropolis is another reminder of how much more Japanese cinema has to offer cinema audiences than its western counterpart.