Are there any politicians who AREN'T corrupt? 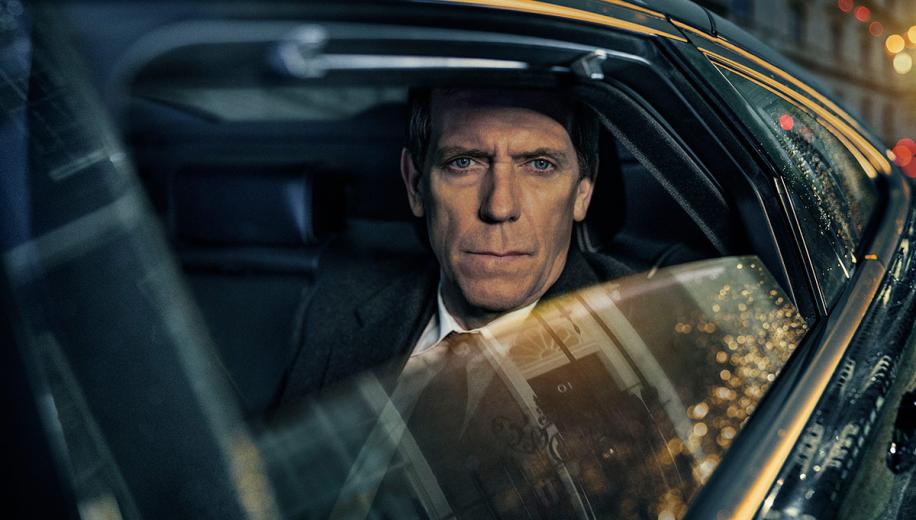 House was a defining role for Laurie, and one which he's found hard to follow-up, despite some enjoyable work in Veep and Catch-22, and a juicy, atypically villainous role in The Night Manager. His lead in Chance, could have been a new 'House' but died after a second season and unimpressive numbers, and HBO's comedy Avenue 5 looks like it might go the same way. BBC's Roadkill allows Laurie to return to his mother accent, for a polished all-star 4-part drama, and it's a nice, meaty role for the man to embrace, even if it goes full tilt in terms of convoluted plotting, attempting to cram 10 episodes of calamity into its 4-hour runtime.

Roadkill sees Laurie's outspoken politician, recently and controversially exonerated over allegations of siphoning money, offered a frustrating sideways promotion by the slick PM which sends him out of control - seeking prison reforms and ruffling feathers at every stage. But a lot of people want a piece of him, from the daughters that he does know about to the one that he's just found out about, and the reporters and investigators who still believe he cheated his way out of a prison term himself.

Goes full tilt in terms of convoluted plotting, attempting to cram 10 episodes of calamity into its 4-hour runtime

Laurie's electric in almost anything, and works his magic here too, as best he can. Gifted a script by David Hare (The Hours, The Reader), one of the problems is that Hare feels like a better dialogue writer than he is a story writer - which may be why some of his best works are adaptations. There's just too much going on here, so when the walls come down on Laurie's protagonist - unlike, say, Spacey's House of Cards - there's not enough breathing room for it to feel anything less than overly convoluted.

Roadkill is an entertaining ride, but a sporadically whimsical one, with an odd orchestral score that wants to shoot for the same vibe as the score to The Firm, but often undermines the drama and plays up the silliness, intentionally or otherwise. The cast are certainly very good - not just Laurie, but a suitably smug Helen McCrory as the PM, Agents of SHIELD's own Fitz, Iain De Caestecker (in an unnecessarily complicated role that he doesn't really pull off), Saskia Reeves and Normal People's Sarah Greene to name but a few. Unfortunately, it does play with that now-commonplace feel that all of the men are slime-ball weasels and all their female counterparts either victims or merely intelligent masters of the game, or both, but that's just a product of the times, and Laurie just about manages to keep the piece on track for its eventful 4-episode sprint.

It's hardly reference, but also hard to fault

The Blu-ray set may not immediately stand out as a particularly marked improvement over the HD BBC rendition, but there's a lot of very pleasant detail on offer here - for good and bad with Laurie's increasingly weathered visage - which affords texture to the clothing, the London locales, and the faces and hair. A couple of the night set London scenes are particularly impressive, with a slight favouring of yellow hues with some interesting lighting choices (the AA meeting) that the transfer handles admirably, without dipping into crush or bleeding. It's hardly reference, but also hard to fault.

Dazzler's Blu-ray release delivers a decent enough DTS-HD Master Audio 5.1 track which buzzes with an energetic and frequently playful piano-dominated score, and does a decent job with the material.

Does a decent job with the material

Dialogue remains well prioritised throughout, whilst that godawful overly-playful score dominates the array more often than you'd like. Immensely front-dominated for the most part, there is some atmosphere crafted here, with a few crashes and riots to liven up the proceedings, but nothing particularly to write home about. It's solid work, nothing more, nothing less.
﻿

Dazzler don't exactly go above and beyond in the extras department as both discs are utterly bare bones.

Perhaps more insulting is the promotional Interview doing the rounds, between Laurie and writer Hare, which would have made for a solid addition had they bothered including it.

BBC's Roadkill is a solid enough vehicle for an older Hugh Laurie to run with, fitting right in as the part-charming, part-calculating super-pragmatist whose hidden secrets threaten to unravel his whole political universe. It's just a shame it's so damn convoluted, feeling so theatrical it would have made for a better stage play than a TV series, limited or otherwise.

Dazzler's UK Blu-ray release does well with strong video and audio, falling down only in the extras department. Fans who didn't catch it on the BBC, or were hoping for something a little more stable in terms of quality, should check it out.