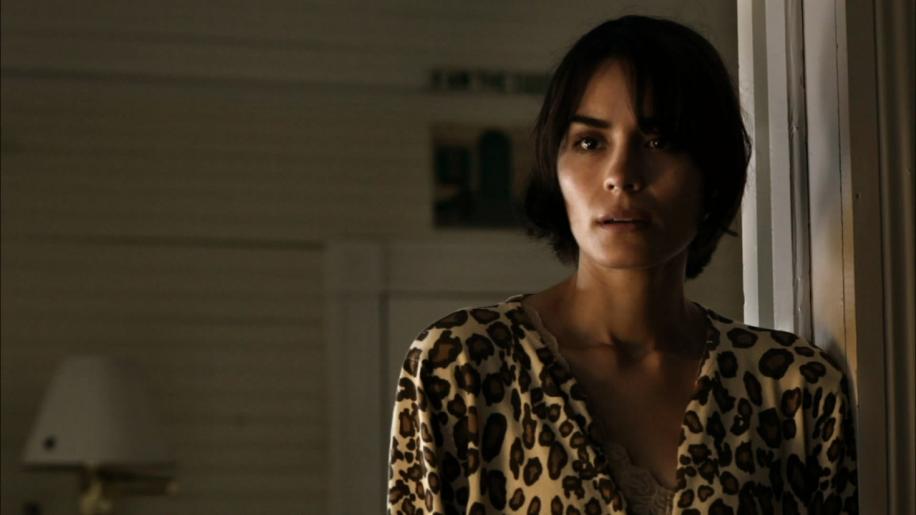 Over the years I’ve come to fully appreciate the movies of David Lynch. Initially, I was always seduced by their mystique; the palpable atmosphere and seemingly heightened sexuality teasing us with an enticing veneer that covered up what was often a dark and disturbing core. Did I wholly understand them? No, not a hope in hell. But, back then, it was less about answering all those niggling questions, and more about the experience of his twisted fairytale rides. Over the years, however, it has become easier to achieve a deeper understanding of even his most complex, near-incomprehensible projects, my personal favourite being Mulholland Drive. The funny thing is, his films work as well – if not better – as mysteries, rather than as puzzles which have been solved. That’s what I love about David Lynch movies – it is not necessary to fully understand them in order to fully enjoy them.

Practically owning the surreal and impossible mystery sub-genre that he appears to have forged single-handedly, there have always been other filmmakers interested with the idea of crafting intriguing mind-twisting mysteries in the same vein, but few have achieve anything even comparable to Lynch’s works (I suppose, on a good day, Terry Gilliam has come close – 12 Monkeys, Brazil – but his efforts offer more of a sci-fi mind-bending angle). I suppose that if anybody had the right to try, it would be cult director Monte Hellman; returning from a Terence Malick-esque 20-year hiatus to bring us the offbeat indie mystery Road to Nowhere.

Intersplicing three parallel storylines, the story follows a director adapting a true tale of a double-suicide. The lines between reality and fiction are blurred in the extreme, as we see scenes of the real couple, scenes of the actors acting, and scenes of the actors not acting, all of which are seldom – if ever –differentiated. To further add to this mind-boggling triptych, the cast playing all three roles across the various ‘realities’ are identical. Confused? You’re not the only one, and things certainly won’t be any clearer when you get to the end of this maze (within a maze (within a maze)).

Let me try and elucidate: Shannyn Sossamon (Kiss Kiss, Bang Bang; One Missed Call) plays Laurel Graham, an amateur actress who is picked for a part in a film because of her striking resemblance to the real-life woman upon which the character is based – Velma Duran. Cliff De Young (Glory) plays Cary Stewart, a little-known actor who, for some strange reason, also looks identical to the person his character is based upon, Rafe Taschen. To further complicate matters, the director Mitchell Haven (Tygh Runyan) is not only be making a movie about the characters of Rafe and Velma, but also a movie about making that movie. Still confused? Well, I did try.

Road to Nowhere is an elaborate exercise in cinematic trickery. It portrays three sets of ‘characters’ using all the same actors; it shows us footage from three different ‘sources’ – the real-life events, the ‘movie’ events and the ‘making of the movie’ events – and attempts to fuse them all together into a befuddling mix which will require the utmost concentration (and probably several viewings) to fully separate. In this regard, it is an absolute success.

The trouble is, the end result is an almost-unwatchable mess. Don’t get me wrong, I am fully aware of the critical acclaim this film has received, and thus aware of the risks I run in deriding it – but it is just not a very enjoyable movie on any level. And that’s where Hellman is no Lynch. David Lynch movies, no matter how surreal and confusing they may get, are still, ultimately, highly entertaining. It’s what drew me to the director’s films even back when I didn’t have a clue what was going on in them. You care about the characters; the actions, irrespective of the reality you are watching, appear to have genuine consequences – and so therefore you are drawn into the intriguing spider’s web. When the credits roll, you may still be wondering “what the hell?!” for quite some time afterwards, but that does not prevent you from accepting the pure entertainment factor of what you have just watched. Road to Nowhere, ultimately, fails catastrophically in this regard – and ends up being a masterful showcase of the director’s indisputably clever sleight-of-hand abilities, but unfortunately one with no soul. You finish the movie with a feeling like “Wow, that director is clever, but, boy, does he know it. Shame he didn’t spend a little more time crafting a worthwhile ‘movie’ for us to watch, and a little less time showing off his cinematic tricks and creating the ultimate ego-trip.”

It is not easy to enjoy a movie where you have no stake in the characters – and it is impossible to have a stake in characters who exist, somewhat ethereally, on three different planes. After all, which one are you watching? Is that the real Velma Duran? Did somebody really get shot? Or are we just watching a movie being filmed – and the scene happens to involve a shooting? Clever as the director may be for getting us to constantly ask these questions, his seeming ambivalence towards providing any obvious answers is frustrating in the extreme. Sure, you could go back and watch the movie for a second, or third time; you could attempt to differentiate between the three levels of characters by paying attention to the clothes that they wear, or the way in which the scenes are being shot; but, ultimately, you are unlikely to pick up on all of this first time around. And, more critically, you are unlikely to care enough to want to watch it again.

Acting-wise, I can understand the great praise that lead actress Shannon Sossamon has received – undeniably her three-way role requires a hefty amount of depth and layering (beyond even Naomi Watts in Mulholland Drive) – but, again, we are faced with the fact that we really don’t care about her character(s). After all, which one is which? A similar fate involves many of the other actors in this production (although one has to wonder whether slightly better-known stars would have helped keep the viewer’s focus), and the only character who does not change across the three ‘mediums’ – the director – is played by the most painful-to-watch actor I have come across in recent times. Tygh Runyan is like a poor man’s Jim Caviezel (Thin Red Line), and you’ll most likely remember him as one of the Hawaiian honeymooners who suffer a terrible toilet-set fate in Snakes on a Plane, shortly after joining the mile-high club and satisfying the movie’s sex-and-nudity quota. Unfortunately his character here has little more depth than the one he had in Snakes’, and I’m not sure he ever hits the mark in the part of the director, unless we are supposed to perpetually want to slap him upside the face.

Ironically, the director, Monte Hellman has been quoted as stating that “directing is 90-95% casting” (the director in the movie even says the same thing to hammer the point home – please do note that he bears the same initials: Mitch Haven; Monte Hellman, and that the same goes for the writer: Steve Gates; Steve Gaydos). It is a strange statement, to say the least, and one which I am sure that no other reputable director would even consider as having any merit, but one which Monte Hellman has truly taken to heart. In a true case of life imitating art, the writer, Steve Gaydos happened upon actress Sossamon through a chance encounter – and Hellman’s seemingly personal desire to capitalise on this ostensibly fateful bit of casting is apparent in every frame. The truth is far more complex, however, as Road to Nowhere is itself dedicated to Laurie Bird, an actress that Hellman directed some 40 years ago; an actress whom he had an affair with, and an actress who subsequently committed suicide. In paying ‘the ultimate tribute’, Hellman drags us into his own cross-hatch interplay of media ‘fiction’, lost ‘fact’ and cinematic adaptation – all intermingled to show, in some ways, just how distorted things may get; and, in other ways, just how useful re-enactments – even cinematic ones – can be in getting to the ultimate truth.

Unfortunately he seldom stays on track, and, more often than not, allows his own pride to go straight to his head, getting lost in a sea of long, utterly pointless shots – long after the scene to which they are attached has ended – which dwell for a painfully protracted period of time on absolutely nothing of interest. It is a style reminiscent of that from another critically acclaimed film which I thought was overrated, the otherwise reliable director Sofia Coppola’s recent Somewhere. Here we get a mind-numbingly boring scene where all that happens is Sossamon’s character (whoever that may be) is drying her hair with a blow-dryer – and it goes on for an eternity. Even Coppola’s Somewhere appeared to have some point to its monotony (even if, similarly, it suffered under the weight of being dull, lifeless and just plain un-entertaining), but here Hellman’s long takes appear to have been done solely for the sake of it; the whole film becoming some elaborate torture-game for the audience – a true endurance test to see if you can make it to the end.

Ultimately I suspect that this movie will be one of those polarising productions which sees some critics lavishing it with praise, but some viewers railing it for being downright pointless. I veer distinctly towards the latter category. I can see what the director was attempting to do in painting his interweaving levels, blurring reality and fiction on each, and thus seeking to question the imperceptible distinction between a movie, and how an audience perceives a movie. In the hands of another master – like Lynch – this could have turned out to be quite a magical little gem – like Mulholland Drive – but the reality is that it is not. Far from it.