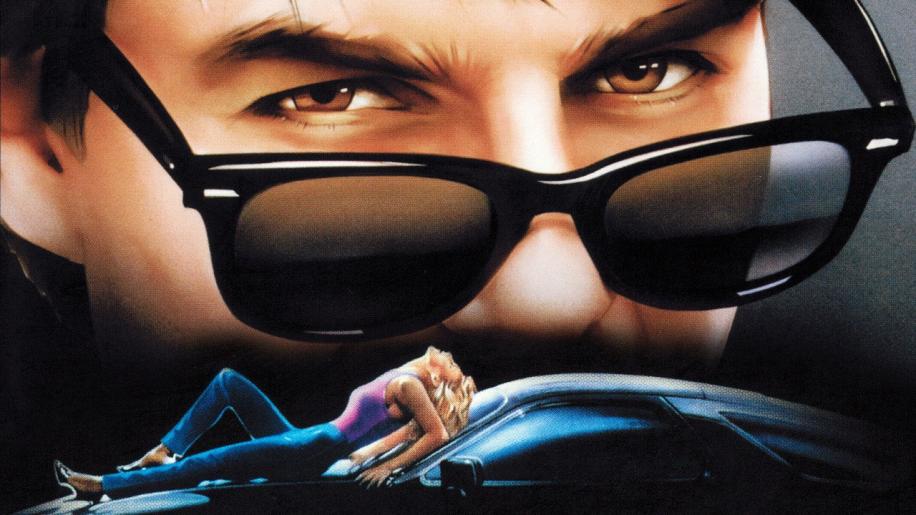 The eighties. A decade to remember for those who weren't there, and one to forget for those who were. Perms and Mullets, white socks with black shoes, trousers worn half way up the ankle, and endless “synth rock” anthems in the charts. A decade that defined a century in many ways, with its “greed is good” attitude finally replacing any remnants of the “peace and love” decades which had preceded it. It was a decade where you were defined less by your personality and more by the size of your wallet. Success mattered, and it often didn't matter how you achieved it.

In America, the decade was defined by Wall Street entrepreneurs and the dodgy foreign policy of the Reagan era. It didn't matter if you sold weapons to a dodgy regime - it made you loads of money and then you could return and bomb the hell out of them later. Here in the UK, it was defined by Margaret Thatcher and her ruthless crushing of the miners and the unions. A generation of children were destined to grow up with no free milk.

It was a decade that promised so much, but ultimately proved to be as shallow as a puddle in a desert sun. But as greed begat money, so a new group of consumers arose - keen for a cinematic fix that addressed their needs and lives. Teens had money in their pocket, and needed somewhere to take their dates on a Saturday night. The teen movie was resurrected from the classics of early James Dean efforts where he rebelled against anything, whether he had a genuine cause or not. Sadly, though, the eighties teen had very little to rebel against. They truly had never had it so good, and their vapid meaningless lifestyle was often reflected in the cinematic offerings they were presented with.

Thankfully, in 1983 a movie came along which managed to rise above the froth to provide a slick, sharp, daring critique on the very demographic it was aiming for - whilst simultaneously seemingly to pander to it's every whim. This was a daring trick, and led to the film concerned being considered as a minor classic. So, here, arrives the 25th anniversary release of Risky Business on high definition. And once I had got over the shock of feeling so old (yes, I did see it in the cinema), I settled down to revisit a much beloved film of my youth.

Tom Cruise, in his first and breakout role, plays Joel Goodsen (get it?) a rich suburban all-American boy, with ivy league ambitions but without the grades to fulfil them. When his parents go away on vacation, leaving him in charge of the house and its contents - with one important caveat of not driving the Porsche as he isn't insured - the stage is set for some serious mayhem.


At the start things are rather sedate. Joel has a few drinks, hangs out with friends, and slacks off. But soon, one of them suggests that he orders a lady of the night. This is duly done, only for a rather masculine TV to turn up. After sorting that little debacle out, the next night he tries again, calling Lana (Rebecca De Morney) for a good time.

A good time certainly ensues but after her boss comes a chasing “I'm being chased by Guido the killer pimp!”, and she decides she is going to break from her ex employer completely, Joel gets dragged into a rather dodgy money making scheme.

Risky Business is a fascinating hybrid of styles. Ostensibly a comedy, and pitched as such, in reality it offers so much more. There are no broad comedy strokes here, no belly laugh moments. The humour comes from how well observed every day situations are. Cruise, who admits to being so nervous he expected to be fired at any moment, is absolutely immense in his first leading role, and it is fascinating to see a future star performing so well as a young boy. He manages to trace a rather clichéd character arc in a thoroughly believable and entertaining way. Starting off as an uptight, repressed, rich-boy - he blossoms into a successful entrepreneur by the end of the film. Along the way, he shows the character's development with subtle mannerisms and affectations which really do sell the whole enterprise to the viewer.

It does help that he is served by a super sharp script and tight direction from writer / director Paul Brickman. It is a mystery to me how this man didn't ever manage to break through and become a huge success. His script is beautifully written, and he brings a rhythm and pace to the film that serves it beautifully. He sees the contrast between the environments that the two lead characters frequent, and brings it out beautifully with wonderful cinematography that brings a level of beauty to the gritty urban landscapes of downtown Chicago. The whole endeavour is scored wonderfully by Tangerine Dream, a soundtrack that seems an almost organic being - wreathing its way around the film in such a way that the two seem totally entwined.

The central object of the film, in many ways, is the crystal egg that is the centrepiece of Joel's mother's sideboard. Early on, when he can't afford Lana's bill - it is the egg that she takes in lieu of the bill, and it is the chasing of this that starts events in motion. At the end of the film, the egg is cracked. It takes his mother, who is over familiar with the object, to even notice - and at that stage her disappointment is palpable. The egg makes a wonderful metaphor for our lead character. Outwardly, he is still the perfect son that was left behind when his parents left on vacation. But look more deeply, and his whole personality, his whole character is now flawed. There is a character fault inside him that has been planted by the events that he goes through during the course of the film. Cruise and Brickman bring this to life vividly and perfectly through the course of this film, and that is enough to make this one of the best films of the eighties, and I would even go so far as to refer to it as an underrated classic not just of it's genre but of all time. If you have never experienced the film, then I urge you to do so.