Rise of the Planet of the Apes Movie Review 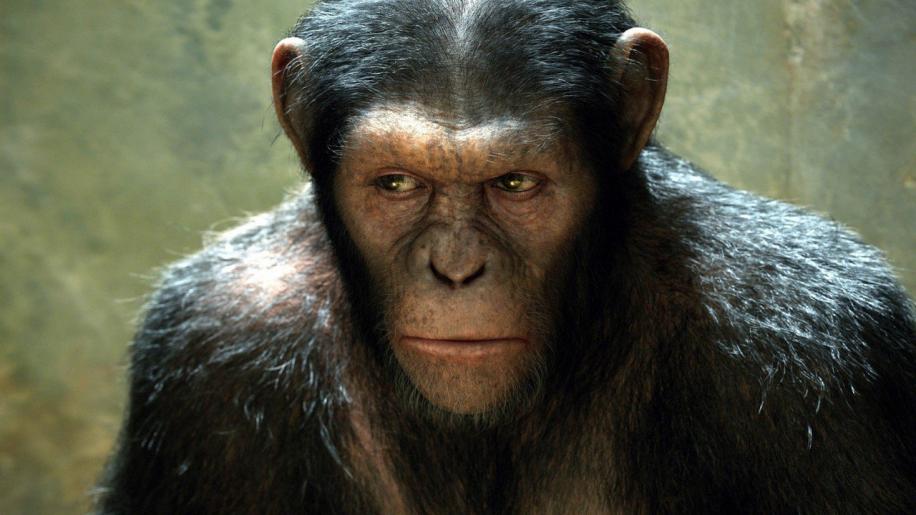 The onslaught of Summer Blockbuster movies arriving on Blu-ray continues with probably the best of the bunch, ‘Rise of the Planet of the Apes’. It was with great trepidation that I took on this title (on Region A locked American Blu-ray) as I can recall being hugely impressed at the age of 12 by the original Charlton Heston version of ‘Planet of the Apes’. Since then, nothing in the series has come close to the awe inspiring final shot as Heston’s character discovers the remains of the Statue of Liberty protruding from the sand. Even now, I can still hear the sharp intake of breath that rippled through the audience in Alloa’s old Deluxe Cinema.

The sequels that followed seemed to become weaker with each outing and the final blow was the TV series which undermined the credibility of the whole franchise with its less than perfect Simian prosthetics and make-up. The Tim Burton rehash of 2001 moved the story on a little but lacked audience involvement and anything resembling concern for the characters. So with all this in mind, how could a modern CGI laden extravaganza come close to the impact of my memory of the original?

Well, for a start, it could overcome direct comparison by not attempting to retell or re-imagine the original story and that’s where ‘Rise of the Planet of the Apes’ puts its best foot forward. We’re taken back to a time long before Charlton Heston crash lands on the planet – so in many ways it’s a prequel, telling us how the situation where apes took over the world occurred. Quite a sensible move, when you think of it as the previous movie series timeline had pretty much ground to a halt through a lack of new ideas.

We’re introduced to young scientist Will Rodman (James Franco) whose father Charles (played by John Lithgow) is suffering from Alzheimer’s. Will desperately wants to find a cure that will save his father, so works on a pet theory that involves using a modified virus to repair degenerating brain cells. His testing on chimpanzees has led to a boost of intelligence, but the whole programme is put on hold when ‘Bright Eyes’, his most developed chimp, goes on an, apparently, wildly destructive spree – although we know that she is only protecting her newly born baby. Will has no option but to take the baby chimp home and, with the help of his primatologist girlfriend Caroline (Freida Pinto) brings up the young Caesar who moves from cute to problematic over a period of time.

As Will secretly re-starts his search for a cure for his father, he discovers that he was on the right track thanks to some scans of Caesar’s brain. He tests a new solution on Charles with results that exceed his wildest expectations. His father makes a full recovery but cruel fate dictates that it is only temporary. As the Alzheimer’s makes its re-emergence, it triggers a dispute with neighbours and the overly protective Caesar swings into action. Following this, Caesar is forced to live with the unkind John Landon (Brian Cox) and his twisted son Dodge (Draco Malfoy himself, Tom Felton). It’s here that Caesar is exposed to the more unpleasant side of human nature, becomes a natural leader and the damage is done that will eventually lead to the destruction of human civilisation. I’m saying no more on the storyline front as it’s worth seeing it all for the first time.

Now, if you believe the trailers for this movie, you’ll be looking for an all action CGI flick as that’s what they mainly focus on. The feature length movie takes its time to let us get to know the characters and to like them, so we care. The script by Rick Jaffa and Amanda Silver is intelligent and quite sensitive. The fact that they survived studio interference that might have made it a mindless actioner speaks volumes for their tenacity and strength of character.

Having said that, nobody should be in any doubt about the fact that when the action ultimately surfaces, the movie does not fail to deliver – but it’s not action for action’s sake. The story has a beginning, middle and end. It also builds to a dramatic climax and doesn’t insult the intelligence of its audience.

Despite the good script, the success of this film was always going to rely on how realistic the apes appeared. We’ve all seen the ‘man in the monkey suit’ efforts of previous low budget films that have more often been the cause of mirth than anything else. Nowadays, we have the most sophisticated and visually critical audience ever so the CGI work had to be good – and it is. The term ‘photo realistic’ has been bandied about considerably in reference to the apes in this movie and I can’t fault its use. They look real and they move convincingly. Thank goodness we don’t have smell-o-vision.

Andy Serkis (Golum himself) turns in an astounding performance as Caesar. Now, you might think that’s a stupid thing to say considering that he was rotoscoped and composited as part of the CGI work – but it takes a proper actor to wring emotion from a scene and make us feel for his character, even though his character is an ape.

Directed by Rupert Wyatt, ‘Rise of the Planet of the Apes’ delivers on all fronts. Thankfully it’s not just all about spectacle. Someone has realised that an audience won’t sit through 105 minutes of CGI work alone. There have been many instantly forgettable movies over the last few years that have ignored the fact that people like to see a good story, well told. Okay, it might seem a bit far fetched to many – but for a piece of Sci-Fi with a warning for the human race, it does very well. It held my attention for its duration and did not outstay its welcome. It’s that old fashioned thing – a well made movie. This is one for the Christmas stocking of every movie buff or ape lover.