Rise of the Guardians Movie Review 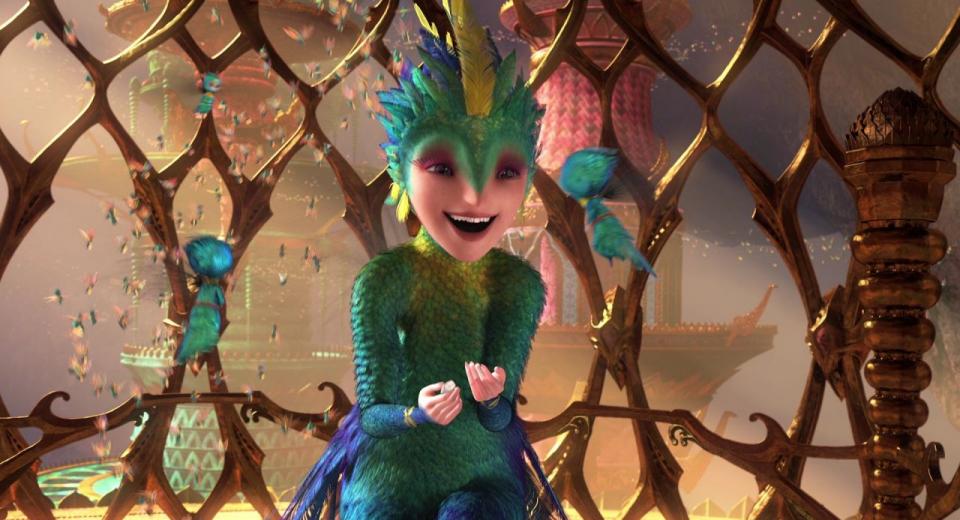 Sometimes a film for review drops on to the mat with perfect timing. Sitting here on a chilly Easter Sunday morning, a leg of roast lamb in the oven and the kids slumped next to me on the sofa overdosed on chocolate is the perfect environment to watch Rise of the Guardians. It is an almost perfect family animation, made all the better by the excellent 3D and great sound. It does have a few issues, but these can largely be ignored.

The title gives nothing away about this movie at all. It is only when you look at the disc packaging and publicity that you get an inkling about the storyline, or at least the characters. So, just who are the Guardians? Put simply, they are spirits that protect children from the realities of adult life. From Santa Claus through the Tooth Fairy, the Sand Man and the Easter Bunny, it is their sworn duty to provide children with good things to believe in and to reward them for good behaviour.

The bad news is that as well as good spirits, there are also bad ones that spread fear and uncertainty, giving nightmares and breaking down the innocent trust of the little ones. Once such spirit is Pitch Black – also known as the Bogeyman, voiced by Jude Law. He is intent on increasing his power and hold over all the children of earth and it is a pretty poor outlook for us if he succeeds. The Guardians themselves were chosen by the Man in the Moon, the silent watcher over all. He decides a new Guardian is needed to challenge Pitch and chooses Jack Frost, the invisible bringer of winter and as far as kids are concerned, all the joy of snow days. Something of a Jack the Lad, the story is mainly told through Jack’s eyes. He is unsure of joining the Guardians, enjoying his life of bringing fun without it being a reward for good behaviour.

Now is the time to set aside all your preconceptions as to who or what Santa, the Easter Bunny and the rest gang actually are. Santa is still a fat jolly guy, but his tattooed arms, (Naughty and Nice, what else?) hard Cossack nature and army of Yetis busy building the toys (He just lets us think the elves make the toys, as they are cuter) lead us to understand he is also a man to fear if you misbehave. Alec Baldwin has done a great job of voicing Santa – or North, as he prefers to be known. Equally good is Hugh Jackman as the Easter Bunny. I would not have believed that those two words could be uttered with such menace. He is less of a cute bunny hiding his eggs for the little ones to find and more of an Australian attack rabbit, complete with armour and a mean set of boomerangs. The Tooth Fairy (Isla Fisher) brings a lighter, feminine side to the crew. Not totally helpless by any respect, she runs her team of tiny collector fairies with military precision. It is not the teeth she protects, but the memories they contain. Of course, this makes her a target for Pitch, as he wants the memories to corrupt and use for his own nasty plans. Completing the line-up is the Sandman, the bringer of good dreams and peaceful sleep. He is as silent as sleeping child, without voice, but this does not make him a week opponent. After all, who would underestimate the power of dreams?

When Pitch attacks the Tooth Fairy’s palace and steals all the teeth and collector fairies, he starts to destroy the power of belief in the children. When their teeth are not collected and no coins left under pillows, they stop believing in the Tooth Fairy and Pitch moves closer back to the Dark Times, when fear will again be the major driver of children’s lives. The Sandman is next on his list and this time, not even the combined skills of the other Guardians can save him.

Jack is caught between his desire to find out who or what he was before he became Jack Frost and the obvious need to restore the power of belief in the little ones. The only thing is, only Pitch can show him his memories of his previous self, as he has stolen all the teeth. With Easter just around the corner, Jack has a choice, search for his memories or help to save Easter. Make the wrong decision and things could look bad for all child-kind. As the lights that indicate the children who still believe steadily go out, the Guardians start to lose their power and hold over their charges. Soon only one remains and if he loses his faith, Pitch will have won…

Bits of this story are very close to Terry Pratchet’s Hogfather. A few of the characterisations also feel similar, as does the treatment. It is not a rip off, as there are significant differences and the film is much more coherent and simpler to understand than the book – as well as much less evil. In fact, maybe this is the one failing of this film, as Pitch just does not come across as evil or frightening enough. Jude Law fails to bring that feeling of pure nastiness across. I appreciate this is a kids film, but a little more edge to the voice would have brought him closer to the pure evil that Ralph Fiennes brought to Lord Voldemort in the Harry Potter franchise. I also spotted elements from other Pratchet novels, including Small Gods – where the power of the spirit is proportional to the number of believers, so obviously at least some of the script team had a good eye for children’s fantasy.

The actual technical delivery of the story is just stunning. The incredibly detailed animation moves between the fantasy world of the Guardians and the more realistic renderings of modern day, ably supported by a great score and sound mix. Suffice to say, my kids were enthralled, uneaten egg abandoned as they stayed absorbed for the full ninety minutes or so. There are a few moments of quite high drama, so the PG rating is deserved, but nothing that should have any long term effect on the average child. The clever bit about the writing is it works at any seasonal holiday. Christmas and Easter both fit well, something that many movies fail to hit. The chilly, snowy scenes also work for autumnal days, so I can see this disc getting a few outings.

There are plenty of laughs along the way, with the Rabbit, Yetis and Elves providing the majority of the humour, but most of the cast get in on the action at some point. The movie also contains a few parodies as well which will also make you smirk, but the temptation to slide in some adult-only humour has been avoided.

So with the exception of a slightly weak baddie, this really is a very good film indeed. It works for the family in a non-preachy, entertaining way that puts it ahead of Brave, Ice Age and Madagascar and does not feel like it will date too badly either. I really do think Dreamworks and Director Peter Ramsey have created a long term classic this time around.