Rise of the Guardians Blu-ray Review 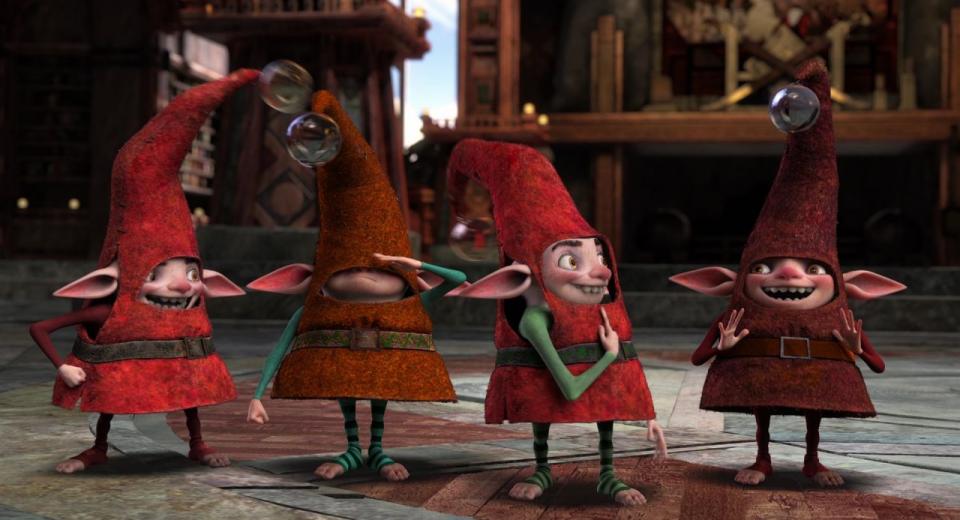 These comments related to the UK 3D Blu-ray disc and my not all be relevant other formats or releases.

To start off with, this is one of the best 3D animations I have seen so far. My previous favourite was Madagascar – also a Dreamworks release and this one has been built on the same technology to give a really immersive, easy on the eye 3D experience. Depth may be a little lacking, but there is plenty of pop out and the characters feel very round, avoiding the feeling that they have been laid onto a flat background. The blue / grey hue to much of the movie does not help with the 3D depth, as it seems we really need strong colours to give us the contrast and depth perception. It certainly looks better in the Tooth Fairy palace and Easter Bunny warren, where the colours are brighter and the depth feels greater.

The sheer amount of detail is overwhelming. Everywhere you look, you spot more subtle detail that all stacks up to give you a really immersive experience. My only other niggle alongside the lack of depth at times would be the static nature of some of the backgrounds. Trees should wave in the breeze and snow blows around in nature. Here, it all feels a bit too static. This criticism is not limited to this movie, but since Brave, we have had a lot more movement in the back frames, with them no longer being a simple painted still.

As with most animations, the brightness and exposure are spot on throughout, and there is nothing to suggest motion issues or saturation due to the brighter 3D requirements. Comparing to the 2D disc, the 3D transfer stands out as just how good it is and how 3D can still bring extra life and vitality to a movie. The 1.85:1 AVC-MPEG4 transfer is also flawless, with a high data rate no sign of pixelisation or other conversion artefacts. The Dolby True HD stream is a 7.1 surround mix and is well up to the standards we now expect of animations. Vocals are clear and well positioned, with Pitch’s voice rotating all around the surround field on a number of occasions. This is a great test of the voicing of your speakers, as any difference is response will be clearly shown up as a change in tonality as the voice whips around. The sub also gets a good work out and this is a seriously dynamic movie at times.

The score is great, but quite forgettable. It is nice tinkly Christmas music, with plenty of sleigh bells and big orchestral swells, but there is nothing you will go out singing. Nothing much in the way of contemporary music is used, which is a shame.

The level of ambient detail is quite limited, and at times the music feels like it is being overwhelmed by the forefront effects, getting a little lost in the quest to impress. I find that even on my 5.1 system, 7.1 soundtracks always feel wider and larger than the sum of the speakers and Dolby True HD seems to make this image even more encompassing. Bearing in mind it is no different in its lossless delivery to DTS-HD MA (Although the technical approach is quite different) I am not sure why this would be, so it is probably down to the mix down tools the different companies supply sound designers.

All six language tracks offer at least 5.1, which is good for our European friends, who normally have to put up with a basic 2.0 mix in their native tongues. A good kid’s film needs child friendly extras and all too often this is not the case. Here, things are different and a good proportion of the extras will appeal to the little ones as well.

In addition to the fairly standard “making of” reels covering the various stages of productions from initial planning to design, we get a couple of quite playable mini games and some nice previews and trailers. The mini games are an animated Rock, Paper, Scissors with the Sandman and a snowball fight with Jack Frost. Both are far superior to the slightly early Madagascar release game, being less stop – start as the disc catches up, so improvements have been made in this respect.

The region free disc features subtitles in six languages – Spanish, Danish Finnish, Norwegian, Swedish and Catalan. This is replicated in the sound tracks as well. The director’s commentary also has Spanish and English subtitles of its own as well. A shame therefore it is not that interesting, featuring just the director and producers.

The 3D disc does not have any extras, so you need to change the disc to the 2D version for the extras. You also do not get any trailers on the 3D disc either, just straight into setup and then the film. Putting in the 2D disc gives the more traditional trailers before the menu, but a quick stab at the pop-up or menu button and the movie can quickly be started. There is also a DVD / Ultraviolet copy as well, so all the bases are covered on the playback front.

Nothing revolutionary about the extras, but they have been well produced to a high standard and have slightly wider appeal than some other family movies. A great family movie and a good demo disc as well. The story is strong and fairly original, even if it does borrow plot points from time to time. The cast generally do a fine job in voicing the movie and it remains absorbing all the way through.

Technically, this film looks and sounds very good indeed, with great 3D, if lacking in depth from time to time. The 7.1 sound is big and dynamic, but does lose out a little in the subtlety stakes compared to some.

Although not perfect, this is still a very good fantasy movie and one with repeat appeal. I can see this going on to be a well-respected classic movie dragged out every winter and Easter holiday for years to come.