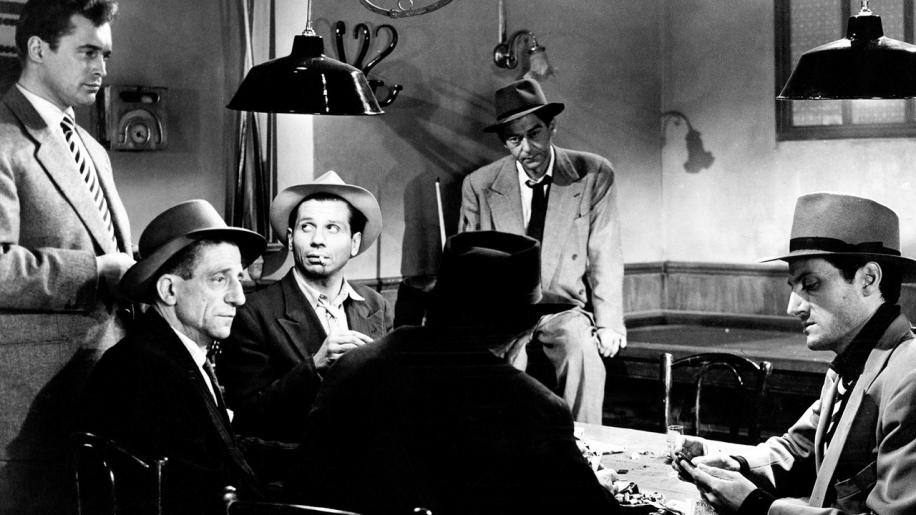 Tony Le Stephanois is a jewel thief who has just completed serving five years for a robbery. He is approached to take part in another similar job, and after initial reservations he agrees to take part with two past friends Jo le suedois and Mario Farrati. Tony however fancies something bigger than what his friends had contemplated and after taking on safe cracking expert Cesar Le Milanais, Tony insists that they go for the big job. The four men take on a Paris Jewellery store safe, and their planning is meticulous down to the timing, equipment and how to neutralize the alarm systems. Then one night the job is done and they manage to pull it off in one of cinemas most original and tense scenes ever shot. The entire 33 minutes of the heist is silent, no dialogue, no sound apart from the four men breathing and the muffled sounds of their equipment. But shortly after the success a group of notorious gangsters find out who was responsible, and plan to take the proceeds for themselves.

After making such American Noir classics such as “The Naked City” and “Brute Force,” blacklisted Director Jules Dassin went to Paris and embarked on this masterpiece, which turned out to be an international hit and earned Dassin the best director prize at the Cannes Film Festival. If you are tired of Hollywood productions and fancy something very different, and even 48 years later on this film this movie still feels exciting and new, even though many have tried and failed to copy it's ingenuity over the years, then this is highly recommended