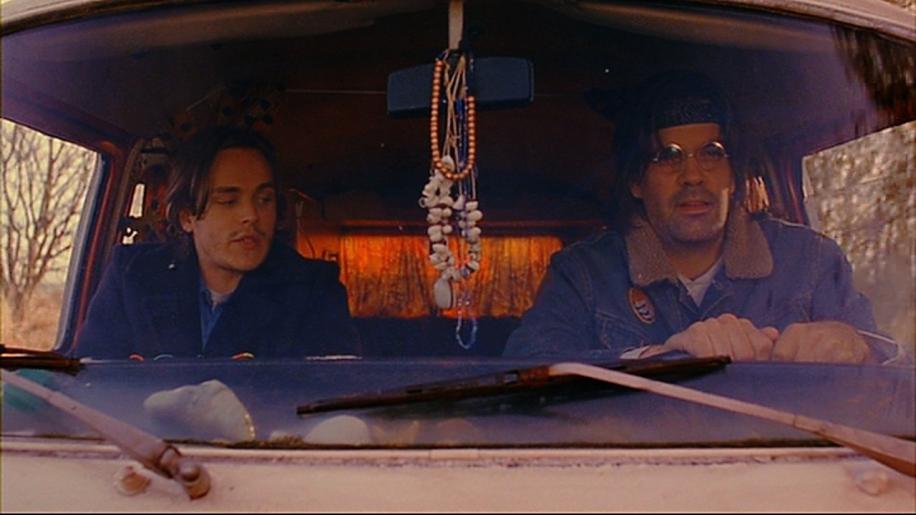 The picture largely throughout the film contains mostly the greys and blacks of the spectrum as the majority of the story is set at night with dimly lit scenes. These are portrayed adequately and there isn't the usual evidence of compression artefacts that can be found in similar 'dark' movies. The true blacks could have been slightly 'blacker', for want of a better word, and did appear to drift into a lighter grey in places.

Overall the image was delivered with the sharpness we come to expect from a digital transfer with little evidence of noise and grain. This isn't the movie for rich full bodied vibrant colours and certainly won't help you calibrate your display but it is a suitable transfer for this type of movie. The Dolby Digital format is not particularly used to its full potential on this soundtrack. Considering this film relied a lot in creating eerie moments out of Alan just walking down a dimly lit road, the sound could have contributed a lot more to immersing the listener. Whilst there was a build up of tension via the soundtrack and effects there was a substantial lack of sound steering that could have increased this terror but instead, at times, the whole moment was lost. The extras on this disc are very disappointing. There are a series of short featurettes and when I say short, I do mean short. These consist of a ten minute 'Making Of' and a collection of other production featurettes, none of which are particularly interesting
or lend any great insight into the evolution of the story to film. More interesting, (I suppose), are the commentaries. The first being a director's commentary with Garris and the second one with lead actor Jackson and various other crew members. These offer a greater depth into the film and describe the passions the director had in bringing the story to the screen. Accompanying these is the obligatory trailer. Whoopee! Glad to see the distributors have put so much effort into delivering a top class DVD package.....not! Mind you, you will be probably get to the end of the film and have no interest in wanting to watch any extras! I didn't! Well I have given this a mark of 2 because I know there are worse films I have seen in my 31 years of being on this planet and those warrant a 1 mark. This is just that little bit better! Better, probably not really being the right word. I am sorry that I could not mark this higher and I tried to give it a higher mark but that little voice in my head just kept on shouting, "But you thought it was rubbish!"

I am sure there is a place for this film in someone's DVD collection and I'm sure Stephen King will be very happy with it up there on his shelf. If you are an avid fan then by all means rent it out of intrigue, but please don't expect a riveting ride of a film. You will be disappointed. You have been warned!