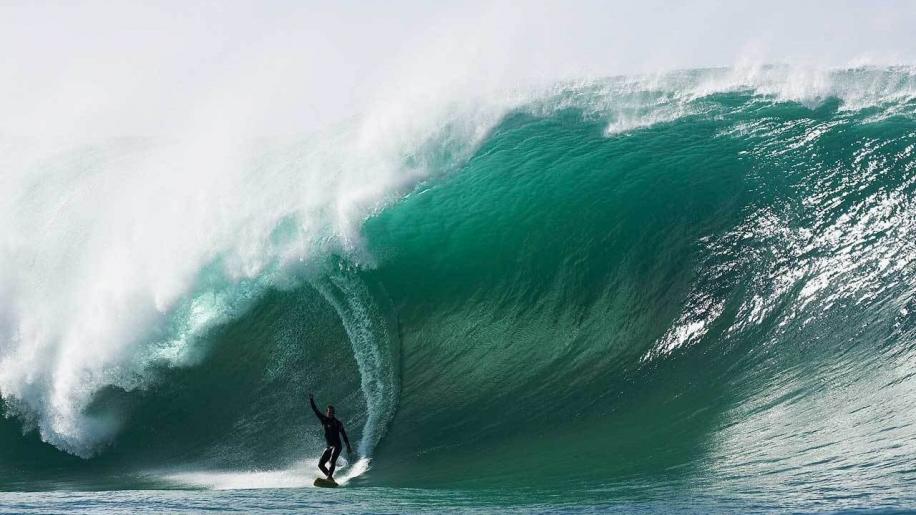 Riding Giants is the latest film from director Stacy Peralta and continues the recent cinematic resurgence of documentary film-making. Peralta gained critical acclaim for his previous documentary "Dogtown and Z-Boys" that charted the birth of Skateboarding, its associated culture and the characters that became synonymous with the sport. Riding Giants follows a very similar path, this time focussing on Surfing.

The film is presented in fairly conventional documentary style, starting with a potted history of surfing before focussing on certain key moments and figures from the early days of surfing as we know it today before moving into the more modern era. There is a mixture of talking head interviews, archive footage and narration.

As someone who has never surfed I watched this film with complete impartiality and whilst I gained an understanding of the emotions and freedom experienced by these early pioneers it didn't feel as visually impressive as another recent surfing documentary that I had seen called Step Into Liquid. In defence of Peralta, his documentary, much like Dog Town, tries to cover a specific period and the experiences of key individuals, whereas Step Into Liquid is more of an MTV Generation look at surfing, complete with more modern footage of some absolutely insane individuals surfing through seemingly impossible waves. Riding Giants covers the guys that made a film like Step Into Liquid possible - the pioneers who did it first, with what now seems like archaic equipment and almost no safety backup. They rode the biggest waves and luckily most lived to tell the tale. Therein lies the rub with this documentary, it may not appeal to everyone - it tells an interesting story, but as it is mainly a collection of archive footage and aging men telling tales from their youth, it may not be stimulating enough to those who are not interested in the history of surfing. There are some spectacular moments and certainly enough to keep anyone interested, but not necessarily to warrant purchasing the DVD. If you are already passionate about surfing and its culture then this will be fascinating for you much like Dogtown was for those that were Skaters in the seventies.