Well if the press are reporting it, he must be guilty 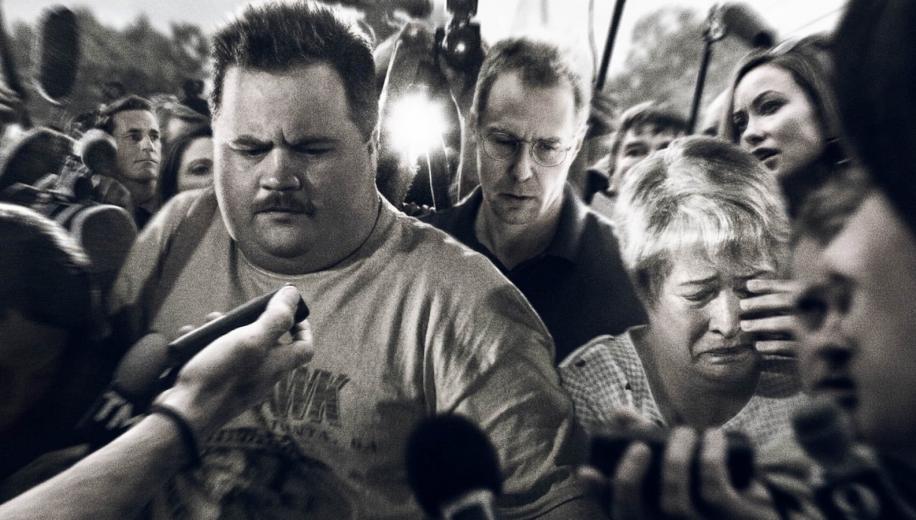 Eastwood's latest is another purposefully paced biography, charting the tragic trial by media of this hero-turned-suspect.

Pushing 90 and Eastwood just keeps churning them out. Sure, you could understand back in the 60s, him having a prolific output, but the legend has somehow - unbelievably - managed to maintain an average of about one film every year for the last half a century. Famously efficient in his filmmaking style, he has become renowned for his skills putting together productions on time, under budget, and with the minimal number of takes - leaving him an absolute joy to work with for the cast under his wing. And this hasn't affected the quality of his work either, with Unforgiven likely the pinnacle of his directorial career, but everything from The Outlaw Josey Wales to his Flags of our Fathers / Letters from Iwo Jima double-bill remaining tremendous works.

For the last 15 years or so, he has almost exclusively concentrated his efforts on true life tales, finding power in Invictus, courage in Sully, and critical acclaim with American Sniper, but also fumbling somewhat with the lightweight Jersey Boys or the surprisingly amateurish 15:17 to Paris (where he made the fatal error of using the real individuals involved, rather than actors). His latest interest appears to be for not only true tales, but true tales about unsung heroes, a theme he spins for Richard Jewell, as he looks at the curious story of a hero who soon became a suspect.

The devastating damage done by this trial by press is sobering in the extreme, and perhaps all the more relevant in the current times

Former clerk to a lawyer, Richard Jewell desperately tries to work his way up the law enforcement ladder. Often rejected - or outright fired - for his overzealousness, he lands a small gig working security at the 1996 Olympic Games, finding himself put under the celebrity spotlight when his suspicions over an unattended backpack end up saving lives, and then put under the FBI spotlight which puts a very different spin on his unexpected 'fame'.
﻿

﻿As miscarriages of justice go, Richard Jewell is a compelling and horrifying story. Sure, not horrifying like Netflix's When They See Us, because that involved children, and those children also endured far more overt physical abuse as a result of said miscarriage, but what's interesting here is that the protagonist is - in many ways - as vulnerable as a child. Jewell, at least as portrayed by Eastwood, is naive to the extreme, easily duped by the FBI's dirty tricks campaign, and inexplicably, ostensibly, oblivious to the vengeful media circus that gathers to hang him for a crime he not only did not commit but he hasn't even been legally accused of.

The devastating damage done by this trial by press is sobering in the extreme, and perhaps all the more relevant in the current times, where an allegation on twitter can destroy a life even before anything approaching a legal case has been mounted. Eastwood dresses up his antagonists as overzealous FBI agents and overzealous reporters, but there's nothing logical here to their round peg / square hole actions, which are dangerously negligent and worryingly blinkered.

As miscarriages of justice go, Richard Jewell is a compelling and horrifying story

Eastwood puts Paul Walter Hauser front and centre as Jewell, gifting the little-known actor (who was in both I, Tonya and Blackkklansman) a choice part which he thankfully runs with, perfectly embodying this simple, wholesome, old-school individual who gets swept up in something unimaginable. He does have impressive support from the likes of the underrated Sam Rockwell (tremendous in Three Billboards), as his loyal lawyer, Kathy Bates as his beleaguered mother, and Olivia Wilde and Jon Hamm as those aforementioned overzealous antagonists, with Rockwell's lawyer partnered with Goliath's Nina Arianda, giving that dynamic a vibe not wholly unlike some of the underdog stories in that Billy Bob Thornton legal drama series.

It's a purposefully paced piece, as you would only expect from Eastwood, but - as usual - this has unexpected benefits, giving credence and authenticity to the organic evolution of the narrative, and allowing scenes to play out without overt flair and flourish and performances to stand out without the need for pantomime theatrics. Simple interrogations scenes - or even just conversations - have time to ruminate, and the impact is still there, getting under your skin with its painstaking approach to revelling in this miscarriage of justice, and making you feel the tragedy of it all. It's another impressively understated piece of worthy work, from a legend who is clearly still going strong.
﻿