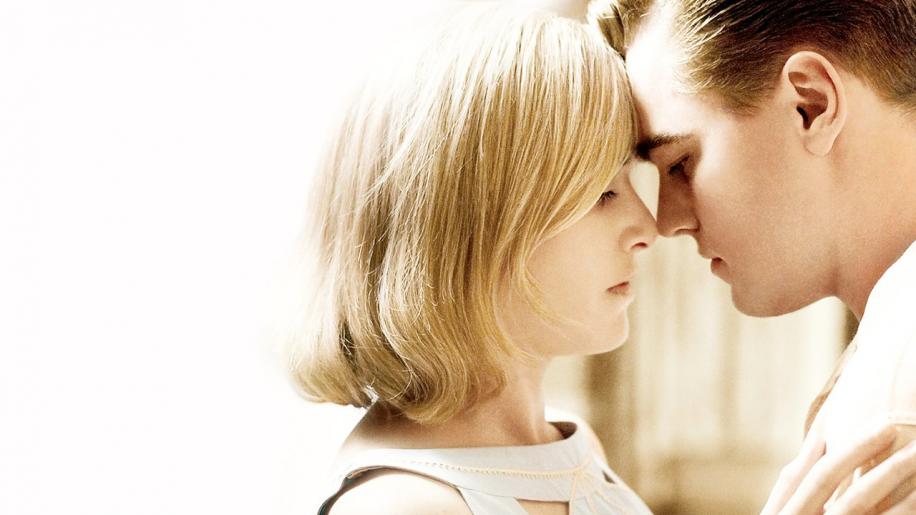 Well, things have changed since Titantic. Aside from everybody getting 12 years older, the US President's changed for the worse, and now - hopefully - for the better, we've gone to 'War' with the same country, again, now have massively long waiting times at airports and the US has another thing to talk about instead of 'Nam - 'I remember nine-eleven'. In Hollywood things have changed too, films are being remade after just a few years (rather than a few decades), 80s icons are having their comeback (Rourke, Stallone, etc.) and Leonardo DiCaprio and Kate Winslet have become two of the top actors of our generation.


Personally, I would have never expected him to have taken up the void left by a faltering DeNiro (who hasn't made a good film for almost that entire time), or to stand alongside the likes of Russell Crowe and Denzel Washington as one of the most reliable names in Hollywood. It is easy, however, to see how he made the transition from the latest young pretty-boy actor to the Oscar-quality actor he is today - he took the DeNiro root and teamed up with Scorsese for a series of cracking movies.


Gangs of New York saw him find his footing, but with The Aviator and his performance in The Departed (even if it was one of those aforementioned unnecessary remakes) he cemented his standing in Hollywood. His latest Scorsese collaboration, Shutter Island, is due for release shortly and looks very interesting indeed, but in the interim he's made a few solid movies - including the acclaimed Revolutionary Road, which saw him pairing again with his co-star from that sunken ship of a movie a dozen years ago, Kate Winslet.


Berkshire girl Winslet, I think, showed much more promise early on - doing far more daring roles (although she has become a little too renowned for getting nekkid in almost every movie she does, often largely unnecessarily), winning a few pundits herself, but never really lapsing into big Box Office draw territory as she had done back with Titanic. Last year was probably her most significant, giving us a duo of tremendous performances with The Reader - even if it was highly overrated - and also Revolutionary Road. So how did their reunion work out, some 12 years further into their careers?


“It takes backbone to lead the life you want.”


Frank and April caught each others' eyes from across a bar, and sparked up a relationship in spite of both of their desperately unsuccessful careers. April was onto a loser as a budding actress, and soon became your standard desperate housewife, the two of them moving to some pretty suburb, to a house on Revolutionary Road. Frank took up his father's mantle, working as in the same mundane marketing job. Bored with their lives, unhappy the stagnancy of their relationship, April proposes they drop everything and move to Paris, where she will work and he will stay at home to take care of the kids until he figures out what kind of career will make him happy. Frank thinks it is a great idea.


To the shock of their friends, neighbours, and work colleagues, they announce their intentions, but through a turn of fate, their plans become harder and harder to realise, until Paris seems all-but impossible. Frank starts to resign himself to his career within the company, seeing it differently from before, and April's unplanned pregnancy suddenly strangles all of her options. Will these two be able to survive in their pretty house on Revolutionary Road? And will their marriage stand up to the arguments, the shattered dreams, the desperate affairs and now the unwanted new baby?


“I have the backbone not to run away from my responsibilities.”


Sam Mendes has previously examined the dark underbelly of suburban existence with his acclaimed Oscar-winner, American Beauty. He is adept at showing the shiny, glossy exteriors, when something is quite clearly wrong beneath. Right from the outset you can see this situation is going to go pear-shaped, the loving, happy part of this couple's existence largely abbreviated just to get to the point where we can examine all that is wrong with them, and see all that is going to go wrong. They may smile, and laugh and play up to all their friends at their regular get-togethers, but really these are two very unhappy individuals, their lives desperately unfulfilled, their relationship disjointed and held together by the staple ingredients of a house and kids, but totally devoid of any kind of mutual respect, mainly due to the fact that the characters do not even have respect for themselves.


It's heartbreakingly realistic to see this couple at odds, their love lost and largely suppressed by circumstances often beyond their control. It raises some interesting issues of whether to chase your dreams, fulfil your ambitions; whether to settle for the quiet life, attempt to be happy with what you do have, and then looks at the effect of doing such things - the damage it can do, the unhappiness it leads to, the broken lives, missed opportunities and sadness all round. That's not to say it does not criticise the 'grass is always greener' adage as much as it tears apart the concept of 'settling', with the vapid affairs and general bravado about 'how much better life will be in Paris', as if they can escape their problems merely by changing location. This is a movie about the price of never being content with what you have as much as about settling, of failing to see the good in things as much as trying to tolerate the bad.


“It's unrealistic for a man with a fine mind to go on working year after year at a job he can't stand. Coming home to a place he can't stand, to a wife who's equally unable to stand the same things. And you know what the worst part of it is? Our whole existence here is based on this great premise that we're special. They we're superior to the whole thing. But we're not. We're just like everyone else! We bought into the same, ridiculous delusion. That we have to resign from life and settle down the moment we have children. And we've been punishing each other for it.”


The entire weight of the movie is carried by the performances of its two classy leads, DiCaprio and Winslet, as the disintegration of their characters and their characters' relationship is the essence of what the story is all about. Personally, I think DiCaprio excels himself once again as the dissatisfied Frank, who slowly comes to terms with the benefits of his life, and finds settling much easier than his desperate housewife. After such an excellent run with Scorsese, I was impressed by his performance in Blood Diamond but marginally disappointed by Body of Lies, where he appeared to be settling into a certain style of (admittedly good, but not excellent) performance. His role here brings him back to the fore - he is immensely believable as the husband, at once troubled by his mundane day-job, flawed by his secret search for something more in his life (which often led to pointless flings) and also impassioned by his damaging relationship - at times trying so very desperately to make it work. His moments of rage during the massive rows are totally realistic, often understandable and scarily true to life.


Winslet also shows her mastery of the art of acting here, her performance much more subtle and nuanced, an understated pot-boiler of a role where her desperate character is frequently teetering on the brink of sanity, despite overtly seeming to be perfectly fine. Her ability to cut Frank right to the core is a talent many women have over men, particularly when they don't have the aggression to express themselves physically. Having read a few similar opinions, I too am of the mind that Winslet deserved more recognition for her role here than in The Reader, which inexplicably overshadowed Revolutionary Road upon release and then on the path to the Oscars. That said, the age gap of one year between them seems not to work quite as well - DiCaprio is back to that clean-shaven boyish look that he has eschewed for his last few endeavours, whilst Winslet has matured into a woman, and seems a tad older than the role dictates. It really is a minor niggle, as the performances often smooth over this negligible discrepancy.


“You're just some guy who made me laugh at a party once, and now I loathe the sight of you.”


Rounding off the cast we have a few nice cameos. Misery's Kathy Bates plays the same role she has been for years (albeit without the psychosis), here as the property agent who also befriends the family. Her mentally disturbed son, played superbly - and again not atypically - by Michael Shannon (Grand Theft Parsons), is often acute in his vicious, cutting outbursts to the supposedly happy couple. David Harbour and Kathryn Hahn play the friendly neighbours well too, although Quantum of Solace's Harbour seems familiar from more than just this and the Bond sequel, even if I don't recognise him from any of the rest of his filmography. His performance here, slightly lecherous, slightly pitiful, but mostly harmless, is just what was needed for the role.


Having never fully enjoyed Mendes' American Beauty, been disappointed by Road to Perdition and disinterested in Jarhead, I have nonetheless become accustomed to his depressing, moody look at the seedy underbelly of human life - even if I cannot help but think he sometimes goes too far. Whilst many other Directors use a similar style to evoke an emotional response from audience members, he appears to be going for something entirely different - he wants to show just how awful things can be, with almost no light at the end of the tunnel. Whether it be Kevin Spacey's depressed star of American Beauty, suffering the worst kind of mid-life crisis, Jake Gyllenhaal's distraught soldier in Jarhead, Tom Hanks' disillusioned enforcer in Road to Perdition, or as is the case here, Mendes' own wife, Winslet, slowly losing herself, Mendes paints acute pictures of shattered dreams - which were fragile in the first place - and destroyed lives, and occasionally this can be a little too endlessly depressing for people to stomach. Personally I felt that the final act of this movie was arguably one step too far, and that this is often the case for Mendes, whose keen eye for the dark truth behind the sweet lies that sustain our existence can be a little overwhelming at times. Is his world really filled with so little hope? If you can handle being slapped across the face with the unabated truth about the average lives of many of this worlds' inhabitants - once again - you are likely to find this an engaging, atmospheric and passionate affair, but be prepared to be broken by the end of it all. Tough but recommended viewing.


“For years I thought we've shared this secret that we would be wonderful in the world. I don't know exactly how, but just the possibility kept me hoping. How pathetic is that? So stupid. To put all your hopes in a promise that was never made.”