It'll all make (dual) sense in the end 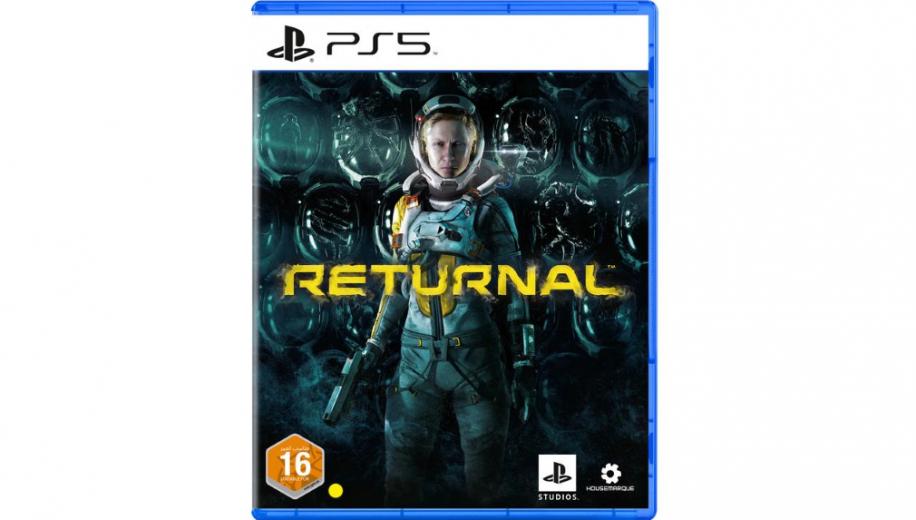 We always had the impression that this generation of console gaming would be a bit different – you only need to look at the PlayStation 5, with its massive body, towering blades and trick-laden DualSense controller. And, in Returnal, we have further evidence.

While a PS5 exclusive and published by Sony itself, it is as far removed from the Uncharted, God of War and Last of Us franchises as you can get. It is from a studio best known for frenetic retro arcade-style shooters – Housemarque – and it is centred on a concept that is layered and complex. In short, it is quite different from the sort of thing Sony would normally release. It is brave.

But thank the Heavens it did, as it’s also one of the best next-generation games we’ve seen to date.

It’s hard to pigeonhole Returnal. It is a third-person action shooter at its heart, but also throws in shades of adventure, platforming and survival horror. It is also roguelite, in that your journey is partly procedurally generated each time you start, and that will be often as it’s essentially the entire point of the game.

You play Selene, a pilot who has crash landed on mysterious planet Astropo and soon finds out not all is as it seems. The world is caught in some kind of time loop, where death is not final and repetition is the order of the day.

That’s because, each time you die you will reawaken at the same crash site, ready to set off on your journey for answers and escape once again. However, sometimes you might retain power-ups you’ve found in previous explorations, and while the map shifts and changes each time, it also cunningly shrinks to allow you to reach further points more quickly.

This means that dying is a normal, even necessary part of the gameplay. There are some enemies and bosses, for example, that are nigh-on impossible to defeat first time around. But collect a power-up or two, and you might be better armed on the next run.

Certainly, this is not an easy game. In many ways it is a 3D version of one of Housemarque’s usual fast paced 2D shooters (Resogun, Nex Machina) with bullet patterns raining down on you and increasingly tougher foes around every corner. However, for all the hardcore, tense battles there are also many moments of tranquillity on a stunning realised alien planet, so you can take breathers fairly often too.

It is clearly influenced by the Alien franchise (in particular Prometheus) and the art of HR Giger, plus multiple other sci-fi painters, so is worth taking in the visuals too. It really is something befitting the PS5.

It’s also worth mentioning that it’s possibly the first game that really makes the most of the haptic feedback and adaptive triggers on the DualSense. The feedback is basically rumbling for the whole game, even signifying tiny raindrops as they fall. It adds an extra layer of immersion that few other games have yet to achieve.

In addition, the force feedback on the adaptive triggers are used brilliantly. Cleverly, the left-hand trigger has two pressure levels – squeeze it a little and you aim, but press it harder and you switch your weapon into a secondary firing mode. It takes a little getting used to at first, but works well and will undoubtedly rear its head in future games too.

We’re certainly hoping that the developer has a sequel up its sleeve.

Graphically, Returnal is gorgeous to look at. There are six biomes in the game, with slightly different colour themes or backdrops. They are each superbly detailed and moody in their own right, with lighting that makes them come alive.

That’s not ray tracing in effect though. Even though Sony said in some marketing materials that the lighting technology was implemented, it turns out that it’s not really visible to the player. That being said, neon glows, dust particles scattered in light beams, and the rest of the ambience is done more than adequately anyway. We’re not sure full ray tracing would have made a difference.

Another interesting point is that, while 4K, the game runs at a lower resolution and is cleverly upscaled. It’s rare you’ll see anything that gives that away, though, and it is sharp and detailed throughout.

The use of HDR is excellent. The game is largely played in darkened zones, with piercing light coming from enemies and bullet formations. It makes a decent HDR TV pop, that’s for sure. And, make sure your TV is capable of at least 60fps – it’s essential to get the most from Returnal as it is so demanding you’ll need the better response times.

The visuals are matched by a great surround bed. Enemy directions are important in the game, so running it through a surround setup certainly helps.

... one of the best next-generation games we’ve seen to date

If you don’t have access to a home cinema system, a decent pair of headphones will work well as the game supports Sony’s proprietary 3D Audio. Listening through Sony’s own Pulse 3D headset, for example, offers great spatial awareness, with throaty bass for good measure.

Returnal is Sony’s first great exclusive of 2021, but an unlikely one. The developer has always been known for its fun indie hits, but not AAA games of this magnitude. Still, you have to start somewhere.

There are some caveats. If you don’t like games that are rock hard to complete, this is unlikely to be one for you. It is beyond tough – but also extremely rewarding. Another slight issue is that as you have to return to the very beginning each time you die, runs can be lengthy and there is no save mechanism in the game. This can irk, especially if your PS5 resets or crashes during a run as you’ll lose all progress from the last time you died.

Maybe that’ll be changed in a future patch. For now though, this is one of the best shooters out there and a great demonstration of what the PlayStation 5 is capable of.