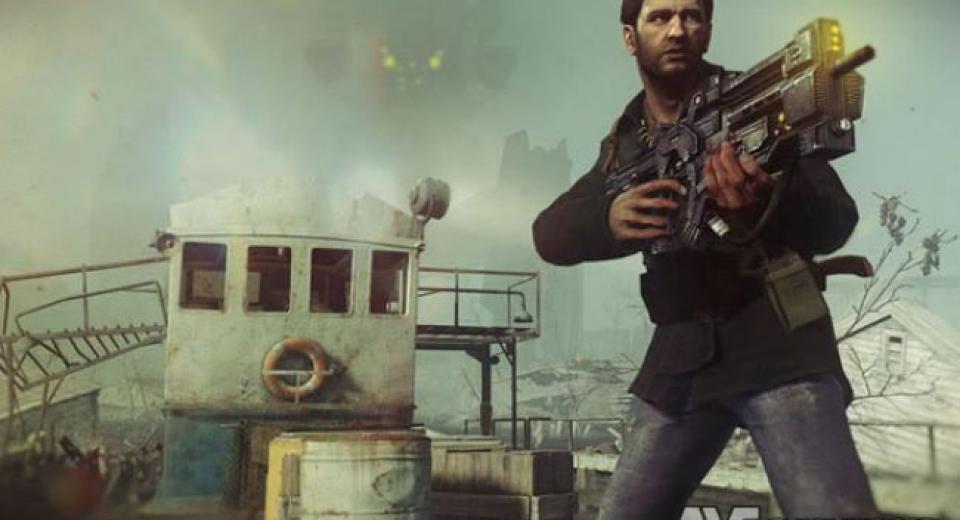 
There's no denying it, both the 360 and PS3 have strong line ups when it comes to their exclusive titles. Picking one or the other would be a difficult choice, especially when you consider the latest title to back Sony's line up; Resistance 3. The series began life when the PS3 was first launched with Resistance: Fall of Man and since then it has gone from strength to strength.

Insomniac Games have stuck to their guns since the first title and have expanded the Resistance world past PS3 and launched games on the PSP too so they clearly have a dedication when it comes to development duties and making the series a success. This is a good time to launch a new FPS title too, just before the Christmas rush and before the likes of Call of Duty and Battlefield hit our shelves. So with a big conclusion to the trilogy anticipated, can Insomniac pull it out of the bag one last time?

It's not often that games surprise you when you first boot them up, but Resistance 3 is an exception to this trend; it looks absolutely fantastic. It's abundantly clear that the graphics have been ramped up from Resistance 2 and comparisons can be drawn to other PS3 titles such as Killzone 3. Before, the series featured graphics that were of a similar standard to many other games out there and failed to distance itself from the majority whereas now it has something to shout home about. There's no on-screen slowdown when multiple Chimera converge on your position, whilst there are very few bland or boring textures. Each room and environment has its own story to tell through documents strewn across tables, or children's play areas left scattered with toys. The series began with the story of the human race who have struggled to fight off the invasion of the Chimera, a breed of aliens who are seeking dominance across the galaxy. Not only have they wreaked havoc in the form of destruction and unlawful take over, the Chimera also brought with them a disease which has spread and taken over the majority of the race. In the second title, you killed the Chimeran super power Daedalus as Lieutenant Hale who had also become infected with the disease and in the end, protagonist of Resistance 3, Joseph Capelli, was left with no choice but to kill him as well.

The third instalment begins with the conclusion of the second game and you soon learn the outcome of protagonist Joe Capelli who was dishonourably discharged from service. He and his family found themselves taking refuge from the Chimera in Oklahoma amongst fellow underground survivors in an attempt to live a quiet life, but these plans are soon put to waste. After being uncovered by a Chimeran patrol, the survivors are soon forced out of hiding and make haste to find newer, safer grounds. As a result, Capelli is separated from his family and he vows to save humanity once again so that he and the remaining survivors can finally find peace.

From the outset, you begin to realise that the task that has been undertaken in order to find peace for humanity is no small one. Starting from your safe haven in Oklahoma, you soon find yourself crossing America in order to reach New York where the Chimera have opened a Terraformer which is altering Earth's climate. Each city and area brings its own challenges; the outskirts of New York are desolate and snow covered whilst rural villages have been plagued by breeds of feral Chimera. In a similar fashion to its predecessors, the third game is a grand spectacle in terms of scale, environment and over the top weaponry. Although you play through smaller scale levels, you always feel part of something much larger when taking on the Chimera head-on. If you dont finish them off, then nobody will.

When it comes to portraying the story and introducing the back story from the previous titles, Resistance 3 does so excellently in the form of cartoon inspired clips (which are much better than the likes of inFamous 2's due to their extra detail and colour tones) as well as excellently detailed cut scenes. Although not full of well-known actors, Resistance 3 has a wonderful script full of emotion and action t which is acted out perfectly; you know how much Joe pines for his family, whilst you understand the pain and misery the natives are going through at the hands of the Chimera.

Whilst the detail in your surrounding environments make the game a joy to play, so too do the weapons that are at your disposal. Once again, you are free to use resistance weapons or Chimeran armaments as and when you choose. As was the case with Resistance 2, you encounter the stalwart Bullseye rifle and the HE Magnum, whilst newcomers such as the Cryogun and Atomizer should strike fear into the hearts of any of your adversaries. Each enemy has their own strength and weakness so it's in your best interests to familiarise yourself with them all, even the sledgehammer of all weapons.

Unlike previous iterations though, each weapon is levelled up automatically with increased usage. Upon upgrading, you find individual guns acquire a new function or existing ones are improved through increased damage points or the chance to engulf the enemy in flames for example. Hand-in-hand with increased power comes increased noise volume which is immensely satisfying to listen to through a surround system especially. The best example being the burst-fire marksman which sends waves of noise round any room you may find yourself in. As your weapons become stronger, so too do your adversaries. To begin with, you'll find yourself fighting against basic small fry enemies such as the Chimeran ground soldier, but soon you are introduced to Steel Heads who can shield themselves and behemoth-like brutes who can instantly destroy your cover.

There are a couple of niggles with the title though, granted they're not massive, but they are noticeable all the same so it wouldn't be right to leave them un-mentioned. First of all there's the repetition of the doors that you often find yourself forcing your way through because your path is blocked at every other turn; the most frequent of which is the sheet of metal which is partially covered by a sheet of tarpaulin.

Again, another small fly in the ointment is Non-Playable Characters are often poorly animated and poorly detailed. Surprisingly so, many of the guilty offenders can be found in the opening level where you are free to explore the safe haven at your own leisure. You'd expect the game to start off strongly in terms of detail but when you look closely at those around you, you will find too many of them have entirely black eyes and their lips are out of synch with the audio. Fortunately for Insomniac, this barely detracts from the overall experience of Resistance 3 and they more than make up for it in other areas.

As is fashionable with many shooting titles these days, Resistance 3 features an online competitive mode which allows players to take each other on in teams, individually or trawl through the campaign together. The latter of these modes is probably the most satisfying as you will be more than happy to play the campaign more than once and doing so with a friend allows you to hoover up loose trophies much easier. The competitive modes will give you short, mindless fun but it's unlikely that it will hold your attention for very long, despite there being plenty to unlock and access through dedicated hours of playing, given many other games out there do what Resistance 3 does but much better.

At the end of the day, serious Resistance fans should not be disappointed with Insomniac's final efforts, likewise gamers who are new to the series will also find satisfaction here. Whilst it's good to see that the game looks excellent and is a joy to play through, it is also sad to think that Insomniac could be ending the series with this title. But, if this is the end of the line for Insomniac then ensure that you jump head first into their final send off.

In a genre that has recently become stale, Insomniac steal the show with a final flourish in the popular Resistance series. Stunning vistas, a fantastic host of weaponry and a story that pushes you to completion ensure that this title is the best of the series. An online mode that doesn’t stand up in quality to other titles out there will probably mean that it won’t be quite as popular as hoped, despite its excellent story mode.