"It's just like the videogame!" is not really a compliment. 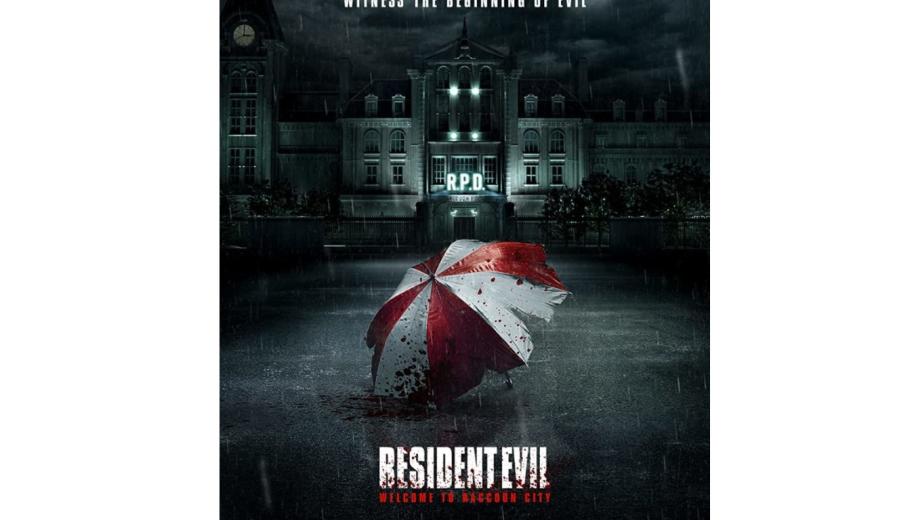 Look, give the people what they want, okay? A real adaptation of the Resident Evil games. I love those games! Give us hours of characters plodding slowly from room to room and bumping into furniture, endless shots of walking up and down stairs and opening doors. We want that hot ‘obsessively checking ottomans for ammo’ action! That’s the movie I’d make, anyway. And If I wasn’t allowed to do that, I’d probably make something pretty close to Welcome to Raccoon City, a movie almost as bad as mine.

When Paul W.S. Anderson’s first Resident Evil movie came out in 2002 it was roundly thrashed by critics, but in the intervening years it’s somehow slowly morphed into cult schlock, looked upon, if not with admiration then at least with some small fondness for its set pieces, its star, Mila Jovovich, and its straight up brazen 2000s-ness. As the series progressed (and drastically declined in quality even from that low watermark) goodwill towards it faltered, imploding with its final instalment, The Final Chapter. But, to anyone with any skin in the game, the main criticism of the movies wasn’t that they were terrible nothing actioners, it was that none of them really earned their moniker; none of them were really Resident Evil as gaming fans knew and loved it.

With Welcome to Raccoon City, that criticism is finally and fully redressed. And it’s a bit of a damp squib.

... Johannes Roberts demonstrates that he knows how horror works

Orphans Chris and Claire Redfield have gone their separate ways. After surviving childhood in a strange orphanage, Claire left town to make her own way and Chris stuck around to become a highly decorated law enforcement officer. But it’s 1998 now, and Claire is coming back home. Back to warn the citizens of Raccoon City that their corporate sponsor, Umbrella, has been poisoning them for years and tonight is the night where its effects will finally be felt. Effects like bleeding eyes, hair loss, death, life after death, brain eating - it’s zombies, yeah? They’re becoming zombies.

Unlike its antecedent movies, Welcome to Raccoon City moves away from fantasy action and back in the direction of horror and director Johannes Roberts (The Strangers: Prey at Night) demonstrates that he knows how horror works. He’s got the fundamentals down: the Dutch angles, the fake outs, the jump scares, the bloody violence. He even manages to build in an homage or two to the greats of horror with some Hitchcockian framing and a Carpenter-eque score. What Roberts isn’t demonstrating here is the execution.

Jump scares come in collections of five or six, totally numbing the effect of any of them. The gore is cartoonish and tonally inconsistent, sometimes taking on the air of splatter, sometimes CGI heavy monster movie, sometimes brutal violence. The Hitchcock lighting and framing is utterly superfluous and the John Carpenter score feels like the type of epiphany had by someone watching Assault on Precinct 13 for the first time and thinking “this is a bit like a zombie movie.” Yes, Johannes. Yes it is.

If the Anderson movies felt like someone making movies based vaguely on what they’d been told abut the videogames, Roberts’ movie feels like it’s too hooked on its source material. In an attempt to cling to the story beats of the first two games, it jettisons any hope for creativity or reinvention. It’s a movie devoid of imagination or style. And of all the many criticisms to be levelled at the original movies, that’s definitely not one.

But it’s hard to place all the blame for Raccoon City’s failures on Roberts. If someone had asked me what I really wanted from a Resident Evil adaptation, I would have undoubtedly described this film, from the truck, to the mansion, to the monsters. I would have filled it with little Easter eggs for fans of the game (“You were nearly a Jill Sandwich!”). I would have - let’s be honest, somewhat less skilfully – done exactly what Roberts has done. But it turns out, that movie is bad. The paper thin characters, the slavish devotion to the plot beats of the games, the meandering structure, all make for a pretty boring 105 minutes. It’s a film made by a fan of the games for fans of the games. And that’s me! But I found it, more or less, absolutely dreadful.

... a movie devoid of imagination or style.

It has its moments of brilliance. As you might expect from seeing Roberts’ Prey at Night there’s a number of joyful needle drops to punctuate particular scenes of nonsense providing much needed relief to the general drudgery of the proceedings. The set design is almost flawlessly faithful to its source material, giving the Raccoon Police Department building and the mansion in the Arklay mountains a brooding gothic feel, in stark contrast to the lifeless and flat shooting style.

A tighter script, less stupid exposition, remove the incessant time stamps reminding you how much more of the movie you have to sit through, cut out the crack special tactics squad acting like teenagers and it might have been a little more convincing. But honestly it feels like the core of this movie is just… wrong, and I feel complicit in its wrongness. After all, isn’t this what I wanted?

Resident Evil: Welcome to Raccoon City is out in theatres from 3rd December 2021