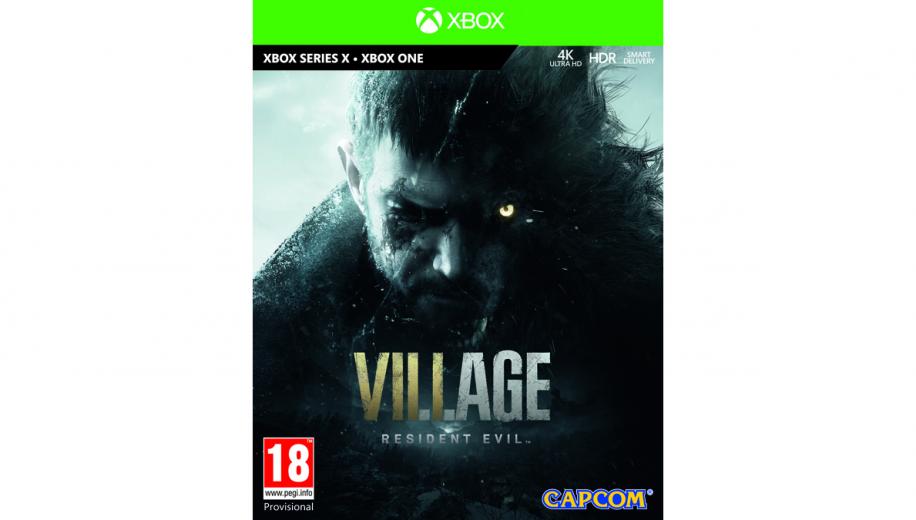 After a couple of misfires in trying to refresh this classic franchise for a new generation, 2017’s Resident Evil 7: Biohazard marked a very welcome return to form. The new protagonist, Ethan Winters, and its apparent distancing from the main RE universe for much of the action, which took place within a very limited playing field, didn’t sit well with everyone, but when it comes to nailing a survival-horror experience against a haunted house backdrop no one does it better. The eight major title in the series, Resident Evil Village picks up from where those seemingly new beginnings left off and pushes Ethan’s story even further into the metaphorical darkness. Suffice to say the poor guy’s uncanny knack of walking into imminent and very bloody danger only gets worse this time around. There is a notable move away from that truly messed up Baker residence he and his wife were holed up in last time around, with the action shifting to a rural European setting, which adds a welcome Resi 4 vibe with its mix of snow-topped farmlands coated with run down shacks and creepy wooden barns, along with the developer’s obvious flair for all things Victorian showcased in a huge and foreboding castle.

Not only does this give the game a far more open and explorative feel than its predecessor, but it also tilts the gameplay back more towards those older titles as well, with a little more action and rather less hiding in the shadows. The result is a survival experience that doesn’t feel as constantly oppressive or as claustrophobic as Biohazard, and it really does feel like the best of the old and the new when Village really hits its stride. In short, it’s dark, creepy, freaky and weird in all the right places, but with many a sweet shotgun blast to the face to help ease the tension.

For those who’ve played Biohazard (and with due spoiler awareness for those who haven’t), it’s worth noting that the ‘help Mia’ option from the last game is considered canon, hence her return in Village, where she and Ethan are living happily ever after with their infant daughter, Rose. As you’ve probably guessed, things take a rather shocking turn for the worse and Ethan soon finds himself plunged back into a world of monsters and mutants, with a fun roster of central antagonists and a nice mix of lycans and other assorted freaks to tackle. The line-up is rounded off with the returning Chris Redfield helping to tie Ethan’s story into the wider RE narrative, and indeed its origins, along with a fair few WTF?! moments (and easter eggs for series veterans) that are just about explained by the game’s end.

The game sticks with the first-person perspective introduced last time around, and it’s a similar set-up in terms of weaponry as you look to build up an armoury from a standard pistol to include shotguns, sniper rifles, grenade launchers and a few other fun toys to play with. One notable change sees The Duke make a return to the fray as your friendly neighbourhood shopkeeper for adding new weapons or upgrading your existing kit. There are also some small improvements to your guarding skills, plus other additional interactive elements (red barrels FTW) to put a little more power back into your hands. A decent amount of inventory management is still required, but with crafting items and other key items now collated separately (and with no limits) it’s more about juggling your preferred loadout and selling off your older weapons to make way for something even more deadly. Cash is very much king in Village, which makes wider exploration of the game’s excellent level design all the more important and gives the action a little more impetus away from the otherwise ongoing threats around you.

As with most RE games, Village offers an excellent labyrinth to explore, with locked doors and other obstacles to be cleared over time through a well orchestrated sequence of rudimentary puzzles and exploration, making any return trip to the titular township and several other areas the smart move after finding any new key or navigation tool. There’ll still be plenty of enemies only too keen to make holes in your flesh on these extra-curricular activities but the rewards will fuel your upgrades and make your life that much easier (or less horrific at least), so they’re usually worth the effort.

When it comes to combat, the game is as good as we’ve come to expect. Gunplay is solid and you’ll comfortably notice the improvements and benefits from one weapon to the next – but, of course, ammo will be in limited supply so you’ll need to pick and choose your moments to unleash the big guns. Quite how tough your life will get depends on the difficulty you play at (with Hardcore unlocked from the beginning, plus the Village of Shadows uber-difficult unlocked via DLC or your first completion) but some of the boss fights can seriously damage your supplies and your everyday enemies can attack in troubling numbers. With Village taking place in a far more open landscape and, crucially, one often played in half-decent daylight, it’s a much less oppressive or intimidating experience than Ethan fought through before. However, although you’re not exactly skulking through the darkness with constant dread, there’s always that fear that something horrible lurks around the next corner and, if so, they’re not going to shy away from smashing through your health bar in just a few seconds. At times it feels almost unfairly so, with some jump-scare attacks and very tough enemies appearing from nowhere, but then that’s also why you carry a shotgun and craft a steady supply of med packs.

If you’re not entirely confident with first-person shooters or just don’t fancy playing the whole game in near total fear for your safety, then there’s plenty of merit in playing the game on Casual to make things easier, with a very generous aim assist giving even your standard pistol a real ‘heads-up’. Seasoned gamers might also find it oddly cathartic just to run and gun it for a first playthrough, investing in all the best weapons and upgrades that can be carried over into a second crack at a higher level. The game is definitely set-up for this kind of replay value, not only from the New Game+ perspective, but also through a wealth of challenges that are unlocked after you first see the end credits (retroactively ticking off the ones you earned in that playthrough). These gives you extra currency to spend on things like concept art and 3D figurines, with other bonus content including some decent behind-the-scenes movies to also look out for.

Adding to this is the returning Mercenaries mode, giving you a series of arena-style battles to tackle against the clock (if you’re new to the series then think COD Zombies but with werewolves). There’s also an online multiplayer mode due to follow in the summer called RE:Verse. Essentially a 4-6 player deathmatch it will let you battle it out as a variety of classic characters from the series’ 25-year history. Reactions to the open beta weren’t exactly glowing so fingers crossed those ‘tech issues’ which delayed it from appearing at launch have also included a healthy amount of polish.

Regardless, with the potential for at least a couple of playthroughs and the ever-reliable Mercenaries mode there’s a decent amount of scope for life in Resident Evil Village beyond just a single 10-hour campaign.

The Resident Evil franchise has often been something of a benchmark in terms of its audio and visual output, and Village is no different. Making excellent use of Capcom’s own RE Engine (first seen in Biohazard), the game is impressive throughout. There aren’t many truly standout scenes that scream ‘next-gen showcase’ but there’s a beautiful subtlety to the way it brings its many locations to life. One early example includes a discussion around a table illuminated by a central lantern, giving the real-time lighting an eye-catching workout. In terms of specs, the game starts off at 900p and 45fps on PS4 and Xbox One, rising up to 1080p (60fps) and 4K HDR (45fps) on PS4 Pro and XOX versions. New-gen gamers can expect the full 4K, 60fps output on PS5 and XSX – albeit with the framerate dropping off to around 45fps if you make use of the excellent ray tracing function. It’s arguably worth it as the framerate rarely has cause to struggle, although the standard systems are still impressive enough on their own.

Besides the curious reluctance to ever show Ethan’s face, perhaps the only issue could be with the game’s darkest corners, which can push those contrasts a little where even the slightest glare or reflection on your screen can make it hard to see anything at all. Tied in with the absence of any obvious mission pointers - though your broader objective is usually clear and the path largely linear – it can leave you literally fumbling in the dark on a few occasions. Not that Village is the kind of game too many people would want to play with the lights off…

The soundtrack rises and falls to ramp up the tension, sometimes being all the more terrifying by its absence"

Along with the hugely atmospheric level design and lighting, the audio certainly more than plays its part. As always, the soundtrack rises and falls to ramp up the tension, sometimes being all the more terrifying by its absence. There are also those subtle clues as to what lies around the corner, with the eerie screech of a metal hammer being dragged along the floor or, in one surreal sequence, the gurgling cries and thundering footsteps of a giant baby-thing roaming the halls, and it's mostly excellent throughout. Again, whilst we’d recommend the benefits of playing with a decent headset, it might not always be the best thing for your heart or your underwear.

In many ways Resident Evil Village feels like it carries over the best survival-horror elements from Biohazard for a compelling and nerve-shredding set-up and binds it with a healthy twist of Resi 4 for a more action-oriented experience. This might not please those who’d favour one over the other and the game can lose its edge in a few places (both narratively and in gameplay), but it works brilliantly for the most part and we’d argue that this is a franchise that has firmly found its feet once again.

It can be enjoyed on the easier difficulties as more of action-adventure, while those looking for a challenge can really test their skills, and their nerves, on the higher levels where Village can be as ruthless and terrifying as it is satisfying and rewarding. And with an ending that sets up a very ‘Evil-esque’ ninth instalment perhaps the only mystery left to resolve is how the developer is going to shoehorn ‘IX’ into the next title.