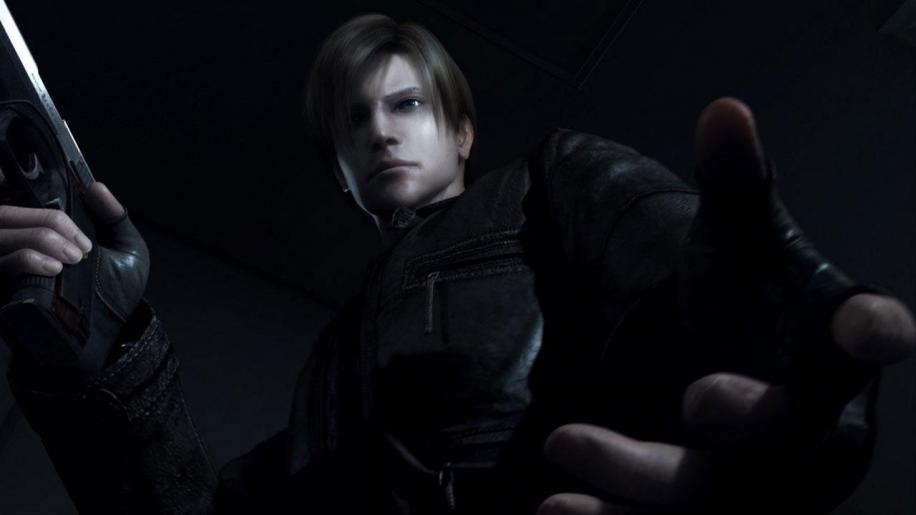 With the release of the fifth film in the series any day now, Retribution, it seems that the Resident Evil series – much like the zombies it follows – just don’t want to die. Against all odds, and in spite of middling-to-poor critical reviews for every single one of the sequels, they just keep getting made. Perhaps it has something to do with the fact that they seem to make more and more money every time a new one gets released. The first three films steadily pulled in approximately three times their budget – which also steadily increased – and the fourth and now fifth have seen a massive boost which one can only assume is in a large part thanks to the enhanced fee attached to the 3D element. With talk of a sixth and possibly final film marking the end to this, the most successful videogame-to-film adaptation by far, it’s difficult to tell whether fans will be relieved or disappointed.

Of course, despite the mediocrity of the movies – which are often flashy entertainment on a sub-Underworld level – the videogames still appear to be going from strength to strength, largely ignoring the flashy tension-less action of the films in favour of consistently claustrophobic yet equally action-packed adventures which are also distinctly darker and more nefarious than their celluloid offspring. Not only do they tell their own story, but they have created their own world for the T-virus and the unlikely heroes and villains spawned from the original events at Raccoon City, a world which is big enough to warrant its own film spin-offs – this time heavily entrenched in the videogame lore and, perhaps fittingly, brought to life using CG that would practically make you think you’re watching someone play a game (or at least watching an elaborate, extended cut-scene) rather than actually watching a feature film.

This was both a blessing and a curse to the first chapter in this enterprise – Resident Evil: Degeneration – which was designed to be a bridge between the then-latest videogame instalments, showing what happens after the events of Resident Evil 4, and teasing at the forthcoming story elements of the next game. Whilst sporadically engaging, the film did suffer in being little more than an extended cut-scene; the story and action being far inferior to the excellent videogame that would follow, Resident Evil 5. Indeed one wonders whether a sequel to the ‘film’, this instalment – Degeneration, was ever even needed. However, with Resident Evil 6 due out in a matter of weeks, and the latest cinematic instalment already out in the US and due out in the UK any day, it seems like a perfect (at least financially-speaking) time to dish out another product for fans to lap up. But, is it any good?

Over the opening credits we’re treated to a voiceover and a news montage which sets the scene: an alternate future where the former Soviet Union is in an even worse state of disarray. In the splinter Eastern Slav Republic, a rich government of oligarchs is ruling over the impoverished population which eventually, inevitably, rebels. Freedom fighters wage war against the military, and, after years of fighting, a ceasefire is finally brokered by the President of the Republic. However, it is a short-lived respite, as she soon finds that the land occupied by the rebels holds many precious resources. With the corrupt Government re-declaring their fight ‘against terror’, the rebels soon find themselves once again under attack from tanks and troops, and decide to take drastic measures to tip the balance in their favour: Bio-Organic-Weapons.

US Government Agent Leon S. Kennedy just so happens to be in the Eastern Slav Republic, investigating the rumours that BOWs are being used in the battle. Unfortunately, when talks break down between the government and the UN, Leon is ordered to evacuate along with the rest of the foreign personnel. Of course, he disobeys that order: he’s determined to get to the truth, no matter where it leads him.

In preparation for Damnation, I revisited the last feature Degeneration, which has our hero Leon Kennedy trapped in an airport – and later a research facility – with a bunch of survivors (including his Resident Evil 2 companion Claire Redfield). At the time, I didn’t think much of it – I found the animation was a bit hokey in places and took you out of the film far too often, and the whole production felt like little more than an extended cut-scene. This time around, it proved to be marginally more engaging. Perhaps because I’d since played Resident Evil 5, or perhaps because I was just in a more forgiving mood. Whilst it’s not a requirement to watch it first, it makes for a decent enough companion-piece to Damnation, especially if you’re interested in following Kennedy’s action outings.

As with Degeneration, Resident Evil: Damnation sets the stages for the events of the next game, November’s Resident Evil 6. And, as with Degeneration, it also attempts to work as something of a standalone feature. Indeed the main difference between this CG feature and its loose prequel (the two are mostly tied by characters rather than direct storyline) is that Damnation is actually considerably more substantial. It may not be resoundingly stunning, but it’s an enjoyable little addition to the Resident Evil canon (unlike, of course, Anderson’s live-action films) and is sure to have fans salivating – even more than they already are – for the upcoming game.

Of course, whilst it attempts to be standalone, it does require the viewer to have some Resident Evil background – knowledge of at least one of the games is a pre-requisite, preferably Resident Evil 4 or 5, or both – and you need to be au fait with Raccoon City, the Raccoon City survivors, the Umbrella Corporation and both the T- and derivative G-Virus, Licker zombies and the Las Plagas parasite. If all of these elements are completely foreign to you, then starting here is probably a bit ambitious. If you’ve got a little background, though, the end result can be quite rewarding.

The alternate-future former-Soviet-Union battlefield setting makes for a much more interesting backdrop to the ensuing events in the drama than the airport and standard research facility which dominated the last entry. There’s a steampunk vibe to the whole affair – the way you’d imagine World War III to have looked had the Cold War gotten decidedly hot – and it makes for a rich environment within which the story plays out.

Unlike the preceding entry, this chapter is far more driven by hero Leon Kennedy’s solo mission, and whilst we do get some sneaky interference from mischievous Resident Evil series regular Ada Wong – she’s a shady character who popped up to ‘help’ Leon in Resident Evil 4, and will make her first appearance in the film franchise with Resident Evil: Retribution (played by Li Bingbing, who apparently based her performance and look on the portrayal in this animation) – it’s nowhere near as distracting as the split-narrative afforded to Degeneration, which not only damaged the pacing but also often robbed key scenes of any possible tension.

Indeed, here there is a fair amount of tension on offer, whether stemming from the suitably claustrophobic first-person shots in a seemingly abandoned car park, or from the near-indestructible mutated ‘undertaker’ beasts that are unleashed in the finale. You genuinely feel like the zombie creatures are really really hard to kill, and that even our hero might not make it through to his starring role in the ensuing game.

There are also some interesting surprises in store – sure the usual now-expected clandestine Government operations are prevalent; everybody betraying everybody, but the allegiances formed are unexpected, and some kick-ass confrontations come from the least expected corners, offering up two expertly-choreographed martial arts sequences that truly impress, as well as a whole array of action sequences, which largely form the end-run third act that steamrollers along to a suitably punchy conclusion. Whilst it may be fairly throwaway in terms of rewatchability and enduring punch, it’s a nice one-shot companion to Resident Evil 6 and, who knows, maybe you’ll find it worth watching again when you get fed up with the live-action alternatives.

Of course there are still limitations to this kind of established-videogame-tie-in production – there’s almost no way around them. The standard story set-up can hit a few unexpected turns along the way, but you’re still going to pass the same key locations and end up in the same final place – opening conspiracy, smaller characters picked off one by one, shady politicians reveal their true colours, some kind of mutated version of the virus – all leading to the eventual, inevitable end-of-level baddie. Resident Evil: Degeneration also followed the same path, it just did not have as many colourful and well-constructed events along the way, and it certainly lacked the final act punch.

In addition, the very animated style poses its own problems. Nowadays videogames are so impressively rendered that you really have to be quite careful about what kind of style you adopt – do you go for full-on realism (Ghost Recon: Future Soldier-style) or do you have a slightly more Tony Scott vibe (Max Payne 3 was surely one of the best games of the year, not least in its perfect blend of this kind of style, a great story and some superb gameplay)? The Resident Evil game franchise has always looked great, but has always had a kind of perfected anime edge, and whilst some scenes look practically movie-quality, many others will still give you that nagging feeling in the back of your mind which reminds you that this is essentially still just a glorified cut-sequence.

Still, CG has advanced a great deal in the last three years, with motion-capture technology now implemented to heighten realism. So now we get near-seamless running, jumping, rolling and diving (the shot-from-above container sequence is jaw-droppingly realistic); the aforementioned close-combat martial arts scenes more than impress – the best I’ve ever seen in an animation – and there are even some good explosion, flame and liquid effects, all of which are particularly hard to pull off, even with the best CG. Smoke and dirt give the battlefield an authentic edge, and blend the effects in even more and, all in all, it’s one of the best-looking CG animations ever made.

Although this still does not make the piece a particularly standout feature, the more fluid CG rendering is certainly a step up from the previous instalment, Degeneration, and you’re far less likely to be taken out of the experience this time around. Indeed, this feature was even designed to be seen in 3D, which may have made for an even more immersive watch. It’s just unfortunate that a 3D home release has yet to be scheduled.

Overall if you enjoy the Resident Evil games, and are continually frustrated by the vapid Paul W. S. Anderson feature films – which entertain, but only in a very shallow fashion – then these Resident Evil companion animations, which are at least considered canon in their approach to the characters and stories, should prove a worthy way to enhance your gaming experience. Damnation makes for a nice little precursor to Resident Evil 6 and is keenly timed to coincide with both that and the imminent release of Resident Evil: Retribution. If, between those, you still haven’t had your fill of Resident Evil, then this is certainly worth considering.