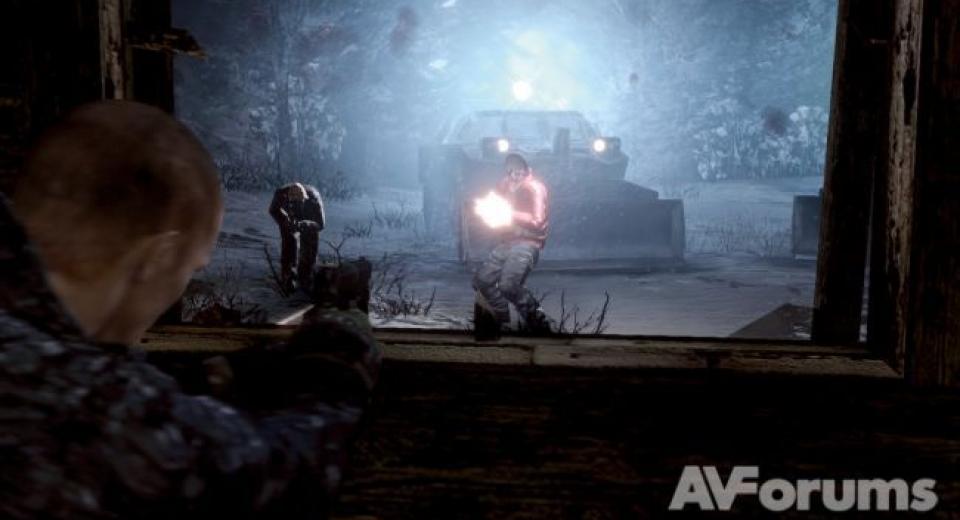 Resident Evil (RE) has been around since before many of this generation's gamers were old enough to even play one of the first games to be rated "mature" by the ESRB. With over 20 games in the franchise over 16 years it's understandable that the series has had to evolve with its medium to stay relevant and appealing to the ever changing and maturing industry. The series highs have been impressive (Resident Evil 4) but its lows have been equally as disappointing (Operation Raccoon City). With series creator Shinji Mikami long gone and Resident Evil 5 dividing fans and critics alike; can Capcom rescue the seemingly rudderless franchise with this next iteration?

Of all the directions Capcom could have taken RE6 it seems they chose "freeze in the headlights" of their oncoming demise; trying several directions but truly committing to none. The campaign has been split into 4 separate jaunts each with a slight variation on the action based third person shooter.In terms of style Leon's is the closest you will come to classic RE, Chris's campaign leans directly into a Gears of Waresque third person style and Jake is a C-virus (That's right yet another strain) impervious mercenary who specialises in hand-to-hand  combat. A fourth campaign featuring some stealth elements is unlocked after completing the previous missions and stars the mysterious Ada who is present throughout all the story threads. In fact all the campaigns intermingle not only attacking the same narrative from different perspectives but literally crossing paths in places for some 4 player boss fights. While each of the campaigns is keen to emphasise its differences, it's the elements they have in common which define the experience. Resident Evil is arguably most famous for its survival horror elements, the infamous "dog window" from the original RE is a moment which could be considered the epitome of what player a might expect from a RE game. RE5 was undoubtedly more action focused but still managed to occasionally impart a sense fear with the series tank controls and lack of ammo making the "infected" closing in from all sides a real threat.

RE6 felt it necessary to make melee combat and QTE's (Quicktime Events's) the new focus of the combat system. Button prompts allow you to perform a range of melee kills on close up enemies, getting grabbed will induce a button-tapping or stick-wiggling mini-game you'll need to get good at reacting to as the longer it takes you to break the hold the more health you will lose. The environment is full of prompts whether it be a door you'll need to summon your partner to kick through or ledge/ladder you need to pull yourself up on. On top of this there are numerous scripted moments which require you to hit certain buttons combinations and react to sudden environmental prompts or face yet more death. The main result is that encounters fail to gain any momentum.

The moment you get to grips with a situation a QTE section will ruin the pace or you'll be locked in an area with too many enemies with personal space issues and not enough ammo to keep them at bay. Crowd management isn't as fun as it should be, the range of weapons provided are largely ineffective at the outset before you begin to upgrade their damage with the skill points system. Head shots annoyingly don't equal an instant kill and later in the campaign's its entirely possible they will simply trigger another more deadly form of the infected which requires even more effort to kill; a concept which in itself isnt a problem but when added to the bloated mechanics becomes more irritating than it has been in it's previous incarnations. Other enemy types include infected soldiers who wield weapons, enemies which regenerate health and infected which can fly. None of which do anything but force the player to continually chew through ammo supplies before falling back on the poorly implemented melee combat and hoping they make it through the encounter with at least one square of health in tact.

The inventory system has been overhauled, in a genuine improvement from the separate menu screen players are used to constantly organising, a familiar cross bar overlay allows you to quickly switch between weapons and mix health giving herbs for quick application. The action doesn't pause in this menu but the usability has taken a much needed step forward and is one of the few parts of the game which is intuitive and useful.

Resident Evil is now a thoroughbred action game, the puzzle elements tend to exist to simply provide another thing to manage whilst avoiding a bloody death animation and AI death scream. Cut scenes play a large part and if they aren't advancing the ever ridiculous story with the cheesy dialogue they are busy exploding everything in the vicinity. None of this is implemented especially badly, the effects look good, explosions are impact full and the sound will give your speakers a workout, its just all very predictable and simply the tonal opposite of wandering round eerie environments trying not to get caught out by the next jump scare. Each campaign is playable in co-op both locally in split screen and via Xbox live and although it would be nice to be able to permanently set these options in the menu its a flexible system which allows friends to easily work through the campaign together. When playing alone the AI issues of RE5 have been negated by making your partner essentially invincible.

Mercenaries returns with the series own spin on the Horde mode movement which has been sweeping all the shooters, and ripping a page from Dark Souls book Agent Hunt mode allows players to jump into online enabled campaigns as the infected and make an unsuspecting victims game even more annoying. The multiplayer elements are indeed numerous and varied and run through every aspect of the experience, if the core mechanics of the game were fundamentally enjoyable then it could possibly be the best implementation of non adversarial multiplayer to date, as it stands they serve as just another way to relive the flawed mechanics.

Resident Evil 6 isn't a bad game it's something much worse, it's a boring game. Many might argue that the series had to evolve to stay relevant, but this desire for change has led to a game with too many cooks and no cohesive vision. The elements which fans recognised as core to the series have faded away and the game has slipped even further into a sea of generic action shooters which it has no hope of competing with. Anyone who played RE5 will have already come to terms with fact RE is now an all out action game, personally I enjoyed that evolution of the franchise and wish they had stuck with that iteration of the formula as it didn't need changing again.