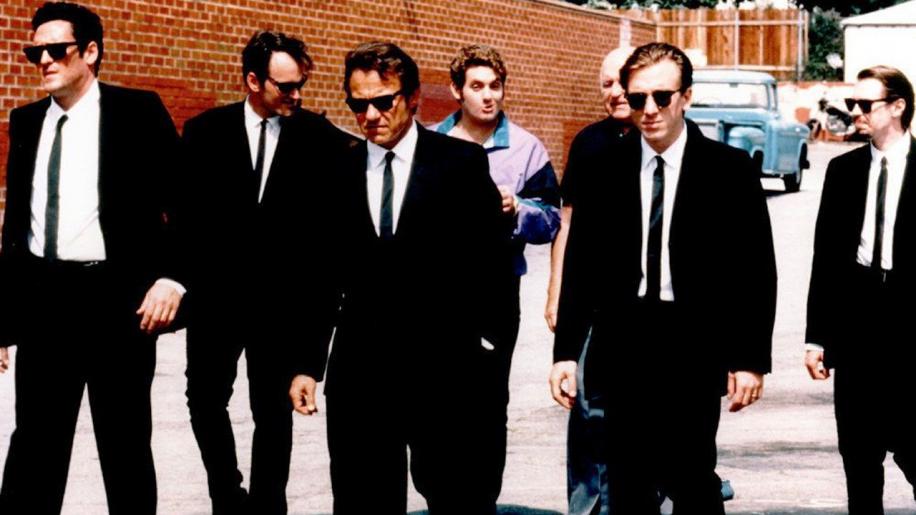 I first watched Reservoir Dogs many, many moons ago and I clearly remember thinking that this movie was violent - sadistically so... and also mega cool. But that was long ago and times change - what was considered gruesome or frightening a few years back may now appear a little lame when compared to more modern releases. Reservoir Dogs kind of fits that category and it no longer seems quite so violent. Sadistic? Definitely. Violent? Not really. It still retains its ultra cool status, though.

Is there anybody that doesn't know the storyline? I suspect not, but just in case... Joe Cabot, Lawrence Tierny, gets together a group of hard ass crooks, gives them simple aliases and promises them riches - all they have to do is pull off a jewellery heist and reap the rewards. When the carefully planned caper goes sour the hoodlums head toward a predetermined meeting point and it's here in the warehouse that one of the most infamous episodes in moviedom takes place - the ear-removing scene. Don't ya just love it when a plan comes together?!

I've already mentioned how I regard Reservoir Dogs as no longer particularly violent, even though about 200 gallons of fake blood is on show throughout! What makes gives the movie undoubted classic status is not the violence... for me it's the art of direction combined with a fantastic, raw script and characterisation that sets it apart from the “followers of fashion” - Reservoir Dogs was the starting point for a whole new genre of movie making, with classy camera angles, off the cuff dialogue and charisma. Not that he needs it, but kudos to Mr. Tarantino for making it so.