"You promised me that everything was going to be okay, remember?" 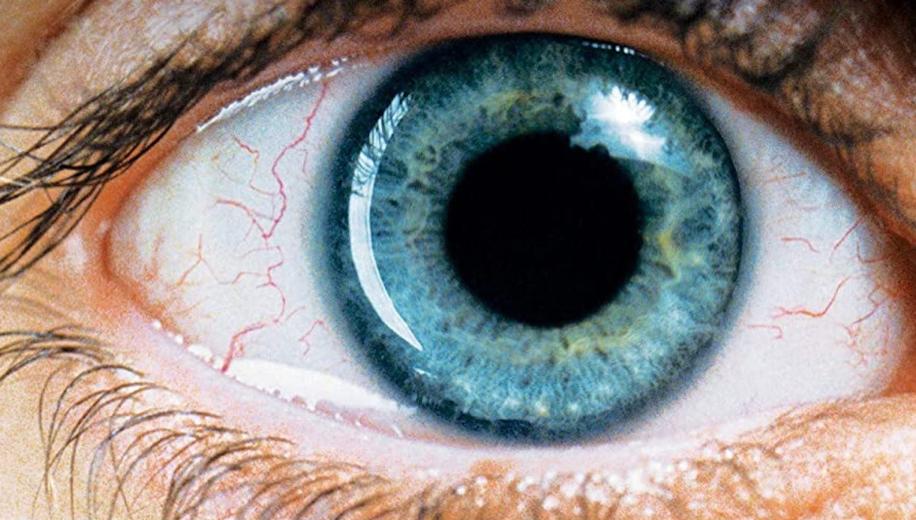 Requiem for a Dream Review

After wowing the world with his stunning debut Pi, Darren Aronofsky doubled down on the intensity for his sophomore effort, adapting the raw works of Hubert Selby (Last Exit to Brooklyn) and painting a quartet of staggeringly bleak interlinked tales about the destructiveness of addiction. Whilst both Black Swan and The Wrestler were quite painfully honest in their own way, and his more religiously themed The Fountain and Mother! had their own... issues, Requiem for a Dream is so unrelenting in its ambitions to put you in the driving seat down this four-lane road to oblivion that it leaves you positively exhausted come the end of it. And likely vowing never to watch it again.

The story follows four core characters. Retired mother Sara Goldfarb thinks that she has won her own dream prize of being on television, but when she can't fit into her best red dress, she becomes obsessed with losing weight - at all costs. Her druggie son Harry and his best friend Tyrone are sick of stealing TVs (including his own mother's battered old set) to pawn for drugs, and think that they could hit the big time if they could just score a motherlode and resell it on the streets. Harry's girlfriend wants to escape the clutches of her rich parents and start up a clothing company but gradually the trio become hooked on their own stash, seeing their lives spiral down the toilet, whilst Harry's mother gets addicted to her own diet pills to disastrous effect.

Aronofsky's work is clinical, meticulously realised, fabulously stylish, immaculately edited, and hypnotically scored (you have Aronofsky regular Clint Mansell to thank for one of the greatest scores of all time). It slowly but methodically details the horrific spiral, which isn't a smooth downhill ride, but one peppered by instances of happiness and delirium - pockets of drug-taking bliss, euphoria and both dream-like and nightmarish hallucinations. It's most devastating weapon is that of hope, and the auteur wields it like a scalpel until you're left raw and utterly ruined.

The cast are exceptional, with some of them putting in their career high work here - what happened to the young, fresh and utterly committed Jared Leto we see here? There's almost none of the power of performance in his messy nonsense take on Joker in Suicide Squad. Marlon Wayans has simply never been better than here, Jennifer Connelly is heartbreakingly ruined, and Ellen Burstyn overshadows them all as the increasingly delirious mother. Fabulous, perfectly chosen ingredients comprise this exquisitely crafted feature, although that doesn't make it any easier to watch, any easier to bear or any easier to revisit, with Aronofsky's final sentiments so utterly bleak and unforgiving that you wonder whether they lose a modicum of lasting impact as a result. Then, however, you likely remember all of the reasons why you'll never watch the movie again and realise that he probably got it spot on as a warning shot, no matter how hard it is to come back to.

Requiem for a Dream 4K Video

Requiem for a Dream comes to UK 4K courtesy of Lionsgate in what looks to be an identical disc to their US 4K package from October. This Ultra HD Blu-ray release is culled from a 4K remaster, presumably produced to celebrate the film's 20th Anniversary, and delivered here in glorious native 4K with Dolby Vision too.

Requiem for a Dream perhaps not unsurprisingly given its title, its subject matter and its director, trades in some pretty hallucinatory moments, enjoying a diverse focus for its particular vision, whether that be in grittier 'video diary' moments, the tele-marketing, wider fish-eye lenses, split-screen, time-lapse, perspective shots, or just gorgeously lensed 'straight' shots. That last part is, of course, frequently crystal clear - perhaps shot through with a degree of dream-like haze, but with detail popping from beneath nonetheless - and absolutely stunning on the format, revelling in the native 4K resolution and supreme precision it affords, picking up on every nuance and imperfection on the skin textures and makeup, the clothing and backgrounds, and the very beads of sweat on the characters' faces.

These moments are true reference material, and look amazing. However, the other, even more dream-like/nightmarish shots are obviously considerably more raw, with the softness and grain fluctuating more, and the added native 4K resolution unable to do anything to clean up such source-limited material. And, let's face it, Aronofsky shot it to look this way, on a budget of just $4 million - it was never going to be picture perfection. This is all perfectly understandable and wholly expected - possibly even moreso than the variability and fluctuations from effects techniques implemented that we've seen recently on the likes of the Back to the Future 4K trilogy and Total Recall's 4K release - but it is also a warning to those expecting a consistently perfect image, unwavering in resolution. Requiem for a Dream was simply never going to look like that.

WCG, HDR, and the cherry on top that is Dolby Vision, all work wonders, although again more noticeably on the better quality source images, rendering decreasingly healthy skin textures (as the drugs suck the souls out of these characters), and a variety of striking hues to give the film its stylistic bent - cool blues a favourite, but also some warmer golds and even a few sunshine/sunset shots. Tiny elements like Connelly's deep red lipstick, or her pink choker, stand out, whilst those pupil dilation shots are hauntingly clear, and black levels are deep and inky (again, notwithstanding some of the limitations of the fluctuating source footage), rounding out a presentation that certainly, and fairly frequently, showcases just how impressive the format can be with the right material.

Requiem for a Dream 4K Audio

Requiem for a Dream's 4K Blu-ray release delivers an intoxicatingly immersive Dolby Atmos track too, with the High Definition 3D object-based immersive audio track enjoying the fantastically precise scoring from Clint Mansell which is so detailed that it already made for a bracing experience even before going fully immersive.

Dialogue gets clear and coherent prioritisation across the frontal array, taking in the whispers and screams with equal measure, whilst the score and effects really merge into one, as the Aronofsky/Mansell collaboration blends traditional scoring with wonderful little flourishes that colour in every bite of grapefruit, every fast-edited montage of shooting up, and make all the otherwise incidental moments spring to life with verve and innovation. And that's before we even get to Mansell's signature leitmotif, which has transcended the movie to become a tune known in its own right, but which underpins his stunning scoring here and affords the surrounds yet further fuel for the engulfing fire.
﻿

Requiem for a Dream 4K Extras

Lionsgate's already impressive package ports over a number of extra features onto the 4K disc itself, providing a few new ones too, whilst the remainder are on the already feature-packed accompanying Blu-ray.

The two Audio Commentaries make their way onto the 4K disc, the first with director Darren Aronofsky and the second with the cinematographer Matthew Libatique, and they are accompanied by an Interview with Ellen Burstyn, a superb Retrospective Featurette, and a look behind the stunning score, with the set rounded off by some on-set footage, whilst the Blu-ray furthers this with a hefty Making Of Featurette, a further Burstyn Interview, and a series of Deleted Scenes.

Requiem for a Dream 4K Verdict

Requiem for a Dream is hard to quantify as a 'good' watch, failing to be conventionally entertaining even if it is - much like the subject matter, hypnotically intoxicating and impossible to turn away from. Superbly crafted there's much to admire here although it's so damn relentlessly depressing that few will want to watch it and fewer still - if any - revisit it.

It may be one hell of a tough movie to endure however, if you want add Requiem to your collection, it's never going to come in a better package than this

Lionsgate's 4K Ultra HD Blu-ray release of Requiem for a Dream marks the 20th Anniversary of the movie in style, with superb native 4K presentation and Dolby Vision, and a tremendous Dolby Atmos upgrade for the soundtrack, along with a hefty supplementals package. It may be one hell of a tough movie to endure (conversely, if you actually want more of this haunting depression, double-bill it with Lionsgate's Blu-ray release of Last Exit to Brooklyn, also from a Hubert Selby novel) however, if you want to add Requiem to your collection, it's never going to come in a better package than this.