"No such thing as a happy ending. All endings are sad. Especially if the story was happy." 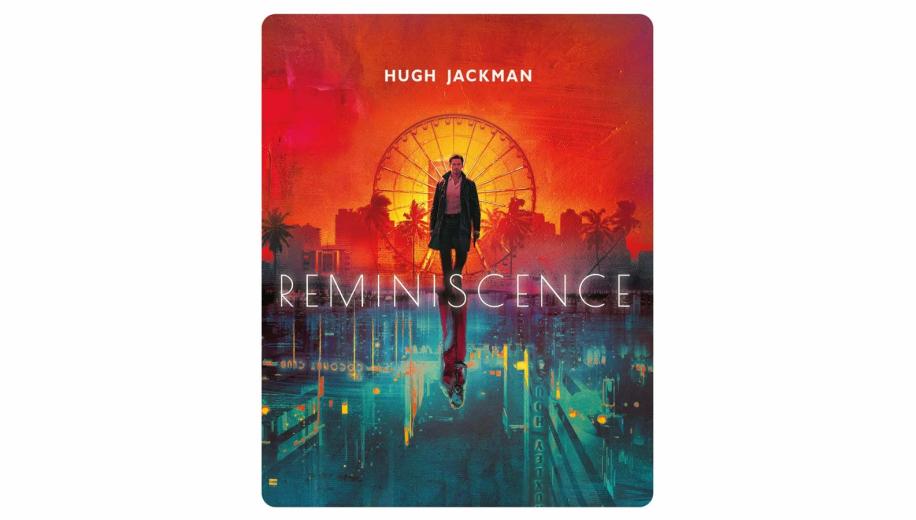 Lisa Joy's Box Office Bomb of a directorial debut may well be a flawed effort, repurposing Bigelow's underrated classic Strange Days with better memory tech, a new cast and a worse ending, but it gets points for commitment to the rarely financially successful tech noir genre.

From its Blade Runner narration to its Twilight Zone-esque "You're going on a journey" repeated speech, to its almost entire lift of Strange Days' conspiratorial future noir plot featuring a broken ex-detective protagonist who sells memory experiences, a femme fatale he's haunted by, and an under-acknowledged female best friend / bodyguard, Reminiscence is - perhaps quite ironically - not afraid of playing its own nostalgia game. But it was born from good intentions, with Lisa Joy, the wife of Jonathan Nolan - and co-creator, director and writer of Westworld alongside him - inspired by an old photograph that offered a clue to a part of her late grandfather's life that she had no idea about.

Fashioning a twisty-turny tale which is ultimately about the rose-tintedness (and thus fallibility) of fond memories, and slapping it into an unusual futuristic setting of a sunken landscape, drowned by rising tides and left to fester in a corrupt future world that, but for its tech, could easily be an artist's impression of Chinatown's California, Joy arguably has the right ideas, and the right ingredients in her game cast. But she's also a tiny bit too clever for her own good, not just seeking to make a decent entry in the surprisingly (or unsurprisingly given even things like the near-perfect Blade Runner 2049 flop, and great source material gets ultimately squandered in abortive TV shows like Altered Carbon - Season 2) sparse future noir genre, but somewhat ill-advisedly believing she can also redefine it.

Indeed, Joy's manifest intentions are made clear courtesy of a letter included in the 4K release itself, where she details how she wants to "debunk the notion of the femme fatale" and also offer a "critique of the male gaze masquerading as a hero's journey", perhaps less honourable ideas which wield a measure of unattractive hubris in suggesting that, in all this time, nobody has ever painted a femme fatale with depth, or a flawed male character oblivious to his own obsessions, and that she will single-handedly change this. It's a shame really, that she proves herself so vehemently wrong on both counts - with not only something like Strange Days doing this all before, in terms of character design, but also doing it far better, as leads Hugh Jackman and Rebecca Ferguson struggle to behave anywhere near two fully realised characters.

That the film even survives this is arguably a testament to the strength of its premise, noir vibe and tech gambit, allowing us to follow these thinly-painted characters, bobbing through a pleasantly intriguing detective fable which wants to be Chinatown-meets-Inception, but likely earns a whole bunch of "lite" appendages to any classic title it gets (probably unfavourably) compared to.

Unable to quite get the attention she truly deserves is Joy's Westworld regular, Thandie Newton, as the protagonist's beleaguered partner (the equivalent role Angela Bassett owned in Strange Days), on scene-stealing form but still sidelined in a story which would have been better served placing her front-and-centre. Still, Jackman's solid enough value-for-money as a guide on this journey, wandering the same kind of messy path Alec Baldwin took in the little-seen Heaven's Prisoners, right down to the New Orleans vibe of some of the environments and lingual cadences. It's mainly Ferguson who, tasked with the most complex role, doesn't convince at pivotal moments, thus undermining the succession of peeled-back onion layers Joy seeks to 'cleverly' unravel.

But really, your mileage may vary. There are precious few features that swim in these tech noir waters, let alone wield this kind of style and finesse, or budget even and that are simply this ambitious. And where Joy's intentions align with good filmmaking you find yourself immersed in a richly painted, atmospheric and positively murky noir landscape full of unreliable narrators and cascading false memories (there's a lot of Minority Report in here too), and peppered with a few memorable and tensely thrilling sequences. In fact, but for eventually landing on a whopper of a head-scratching reveal, many would likely be a lot quicker to forgive Reminiscence its undeniable flaws and pervasive 'homages' in favour of just enjoying that rarest of dishes: a new neo-noir sci-fi feature.

Reminiscence comes to UK 4K Ultra HD Blu-ray courtesy of Warner, in the wake of its US 4K release, and presumably matching up identically to it. This Ultra HD Blu-ray delivers a stunning native 4K presentation with Dolby Vision.

Reminiscence may not be a blockbuster affair, but it wasn't cheap either, with some impressive effects brought in to sell the submerged Miami setting, and decent work on the future tech projections too. The native 4K does that all justice, bringing up textures and detailing across wider landscape shots, and finer nuances on the close-ups. There's a nicely retro future-noir quality to the lavish settings; decadence abounds, whilst finer detailing on the projected memories lends them some tangible weight. It's rich, sumptuous, and looks almost impossible to fault, gifted a gorgeous native 4K presentation that's a hell of a lot better than anybody might have been expected from a Box Office flop which could have easily landed on 1080p Blu-ray.

HDR (including Dolby Vision) and WCG provide a further depth and vibrance to the piece, with stunning tones furthering that future noir vibe. There's an amber whiskey vibe to the setting and stylisation, notwithstanding the pop of the tech on display, like Ferguson's shimmering red dress on replay, with a glow and energy to the projections, and a palpable 3D quality on display. Black levels are impeccable, and the image really is excellent, not that - judging by the Box Office - a great many people will bother to find out.

Dialogue is well prioritised, with that ubiquitous voiceover - it's obvious the noir angle they were going for, but it's sure as hell cliche, and doesn't really work - given pride of place. Effects help bring the future tech to life with some nice tech buzz, and also assist in the sell of a waterlogged City, and even if there's nothing particularly big, the main, decent, action sequence provides plenty of impressive dynamic presence and LFE impact, and shows just what the track can do. The rest of the time, there's plenty of atmospheric action, bringing the environment to life, and the score gets decent airtime, also playing into that future noir vibe. It's not quite a reference track, but there's still some decent depth to it and it's hard to fault technically.

Warner's 4K release of Reminiscence again has zero extras on the 4K disc itself, although there's a little bit more on the accompanying Blu-ray.

... a quartet of Featurettes

There is a quartet of Featurettes detailing the production with the usual slew of Interview clips and Behind the Scenes Footage, and the total runtime of just shy of half an hour does serve the feature well enough, with the disc rounded out by a Music Video.

As an aside, not only did Reminiscence receive a rather surprising 4K release, but a steelbook exclusive release too, the latter of which boasts some of the better artwork chosen for a steelbook of late, which will come as a frustrating shame to those who didn't get along with the movie but love collecting steelbooks.

Despite some nice ideas, Reminiscence failed to captivate audiences, proving an undeniable Box Office failure that will take some effort to recover from. It's largely well-meaning though, and one of those relatively rare new neo-noir sci-fi thrillers we get to see these days, perhaps worthy of a modicum of forgiveness should this be a genre you have a soft spot for.

... worthy of a modicum of forgiveness should this be a genre you have a soft spot for

Warner's 4K UK release of Reminiscence is pretty stunning - outstanding native 4K video with Dolby Vision, and impressive Dolby Atmos audio, as well as a smattering of extras relegated to the accompanying Blu-ray. It's a far better release than many might expect from a film so quick to be disregarded at the cinema, leaving it a great release for those few fans out there.