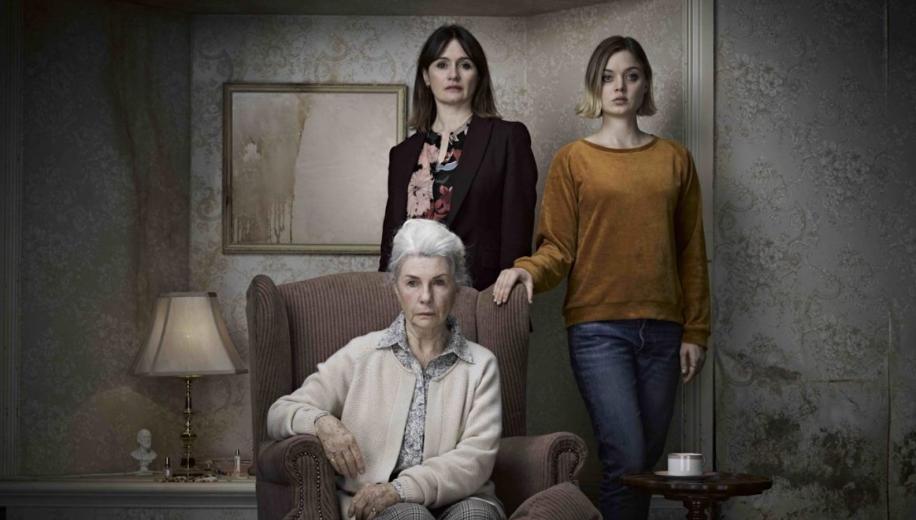 This year's answer to The Babadook isn't quite as adept at trading in metaphorical (and actual) horror, but nonetheless affords welcome depth to the dementia-driven drama.

Putting a welcome twist on conventional horror tropes, The Babadook was sublime symbolism at its best, leaving mere 'standard' horrors, which peddle in the same traditional jump scares and demonic possessions that we've experienced for decades, struggling to make a lasting impression. Hereditary's attempts notwithstanding, Relic is likely one of the more successful successors, taking a sideways look at a true horror: the gradual but inevitable loss of a loved one to dementia.

When the elderly Edna - who suffers from dementia - goes missing, her daughter Kay and granddaughter Sam rush to her remote home to look for her, eventually finding Edna returning almost zombie-like in manner and look. But after the doctors give her the all-clear it falls upon the girls to take care of their elder, who displays increasingly disturbing behaviour - behaviour that appears mirrored in the very state of the home itself.

Relic goes light on shock horror and gore in favour of ominous atmosphere and psychological impact, to welcome effect

Relic isn't as ingenious in its metaphorical methodology as its forebear, instead going somewhat blunt force trauma with some of its depictions of loss of mind, of sanity and of self, but it still creates some effective setpieces which mirror the mental trajectory of its lost matriarch, really hitting home with some of the subtle nods and nuances that colour in the peripherals. Reimaginging this terrible affliction as basically an extended version of the fateful bathroom sequence from The Shining, Relic goes light on shock horror and gore in favour of ominous atmosphere and psychological impact, to welcome effect.

Emily Mortimer - recently seen in Mary Poppins Returns and The Newsroom - steers the ship, ably supported by Bella Heathcote (The Man in the High Castle), whilst Robyn Nevin (The Matrix sequels) manages an impressive marriage of creepy possessed granny and poor, lost, demented soul, displaying genuine cracks of vulnerability that only hammer home the true horror beneath the imagery.

Also co-writing, Natalie Erika James makes an impressive directorial debut here, taking her own personal experiences and refashioning them into an effective horror vehicle and displaying some serious skills in the process. Sure, it's not quite this year's Babadook, but it's a worthy enough effort to earn the title.

Relic comes to UK Blu-ray courtesy of Signature Entertainment, with a murky effort that hardly makes for a particularly noteworthy presentation but does a decent enough job staying true to the atmospheric style nonetheless.

The disc presents a 1080p/AVC-encoded High Definition image in the film's original aspect ratio of widescreen 2.39:1.

A solid presentation but hardly standout

Despite any flaws, detail is impressive enough, rendering focus to fine whips of grey hair, mouldy ceilings (and bodies), lines, imperfections and skin textures, as well as the nuanced backdrop which positively comes alive here. The colour scheme is muted and dour, commensurate to the tone of the piece, with only a few moments where particular tones dominate the landscape, and black levels are strong but are likely to be the major bone of contention as they don't always hold up quite as well as you would want them too. It's a solid presentation, but hardly standout.

Relic's Blu-ray release delivers atmosphere and intensity on the aural front with a strong DTS-HD Master Audio 5.1 track that ticks all the right boxes.

Dialogue is delivered clearly and coherently throughout, afforded prioritisation, and integral to the setup of the movie, which builds its psychological weight through the early exchanges. Effects are fantastic, though, giving a real sense of ominous foreboding, as simple creaks give way to disturbing crunches, and house veritably coming alive with a cornucopia of subtle atmospheric treats. There's a little LFE weight, particularly in the crescendo, and the score knows when to sit back and when to enter the fray, but this track is all about detailed subtleties, leaving you suitably unsettled with its precision creepiness.
﻿

Receiving a barebones release in the US, Relic is one of those very rare titles whose UK release is considerably more impressive, delivering a veritable bounty of almost entirely interview-based extra features which offer welcome insight into the production and the cast and crew behind the piece.

A veritable bounty of extra features

Taking from the 2020 London Film Festival, we get an introduction and Q&A from the director, who also delivers a further solo Interview, whilst stars Emily Mortimer, Bella Heathcote and Robyn Nevin get their own separate Interviews too, along with further crew interviews (the cinematographer and the production designer), a couple of Behind the Scenes Featurettes and an interesting Timelapse feature.

Relic is a welcome addition to the more than just a horror sub-genre, pioneered by the likes of Babadook. Well acted and superbly moody, it manages to do something new by combining tragic dementia and haunted house themes into one symbolic piece.

Signature Entertainment's UK Blu-ray release does a strong job with the material, perhaps not exactly impressing with the video, but delivering the goods with the atmospheric soundtrack, and besting the barebones US release with a whole salvo of excellent extra features. Recommended.

Relic is available on Digital Video on Demand and is released on Blu-ray 18th January 2021.