Salt meets Nikita with a dash of Black Swan 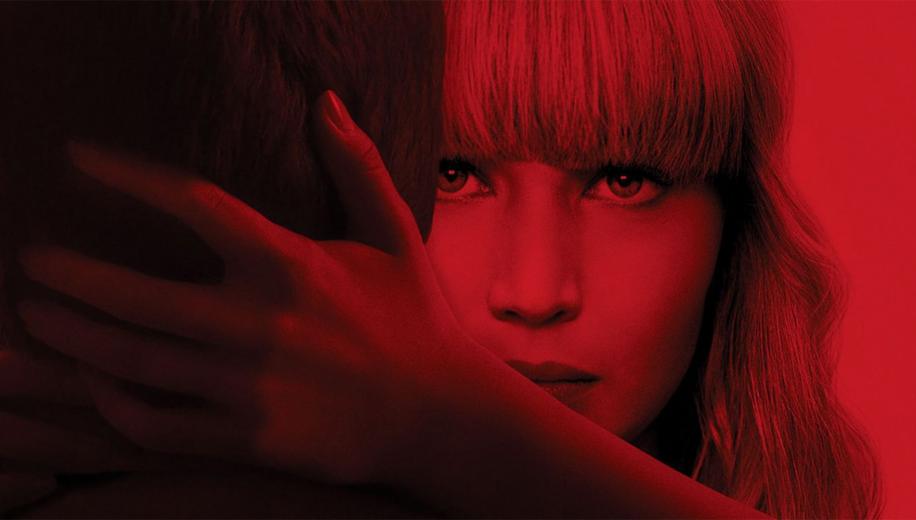 On the face of it, the Lawrences' production - based on the first of a number of source novels obviously designed for a franchise - is a simple regurgitation of the story from the classic Luc Besson flick La Femme Nikita. It tells the tale of Jennifer Lawrence's promising young ballerina who, after a tragedy, finds herself embroiled in a spy program which engineers operatives to take the fight to the Americans while their guard is down.

The difference here, however, is the lengths that they go to in order to manipulate their targets, with Nikita happily relying upon ballistic mayhem to solve problems, whilst Red Sparrow embraces sexuality with both hands grasped around the neck, playing out a distinctive brutal and adult tale that involves rape and sexual violence at almost every corner.

It's a daring change in gear for Jennifer Lawrence, that was likely marketed as a potential post-Hunger Games franchise for the actress, perhaps with Mission: Impossible-style of spy thriller shenanigans. Hunger Games, fans, however, are in for a shock. This is not the Lawrence they know, not least thanks to a slightly dodgy Russian accent, but evident in every increasingly brutal encounter.


Nobody was expecting Atomic Blonde, but this is hardly Tinker, Tailor, Soldier, Spy either.

Red Sparrow opens with a first act packed with shock brutality (not wholly unlike another unexpectedly brutal attempt to get a spy franchise off the ground, American Assassin), but slows right down to a crawl once we get to the familiar training camp, struggling to get to the midway point of its hefty 140 minute runtime with any semblance of forward momentum, as Lawrence's Russian 'sparrow' encounters Joel Edgerton's (Warrior, Jane Got a Gun, It Comes at Night) disgraced CIA operative amidst a flurry of background governmental chess moves (from an all-star cast including Jeremy Irons, Matthias Schoenaerts, Charlotte Rampling, Mary Louise Parker, Ciaran Hinds and Joely Richardson) that may lead this in the direction of double, or triple agent backstabbing. Or may just go nowhere at all.

The glacial middle act plotting involves little in the way of tension, which is a fatal error in such an epic runtime. Sure, nobody was expecting Atomic Blonde, but this is hardly Tinker, Tailor, Soldier, Spy either, and so there's no forgiving the bloated middle, leading to a more eventful extended finale which returns to the more brutal elements demonstrated in the opening, and attempts to bring everything into one coherent whole, but hasn't necessarily earned anything - through sexiness, smarts, suspense, shocks or stellar action - along the way.

Curiously, the original source novel pitched its protagonist as 'gifted' - kind of like giving her a human superpower - which is an element that they dropped for the film adaptation, either because it would have been hard to depict, or because it was too fantastical for the style they were aiming for. It's a fatal error, as, without this, the remaining narrative is infinitely less memorable, or distinctive from its peers.

The production does, however, enough a distinct throwback feel to it - perhaps a side-effect of the pacing - which, in much the same way as Cruise's Jack Reacher outing(s), trades in a style that would have almost better suited a 90s spy effort, refusing to meet modern standards of ADD-tailored editing and camera cuts.

For some, this may be a strong selling point, particularly in a time of dominant CG blockbusters and Bourne-imitating spy actioners, but no matter how hard Red Sparrow tries to be different, it doesn't have enough appeal to kick-start a franchise. Spy thriller fans may well yearn for a Salt or Tinker Tailor sequel instead and, in the meantime, can at least make do with the kick ass thrills of another Atomic Blonde. Red Sparrow 2 will likely be completely forgotten before it even gets off the ground.

Shot with a variety of digital cameras, the film has thankfully been processed through a 4K pipe with a 4K Digital Intermediate that leaves it ultimately looking the best that it can possibly look and, with rich textures, deep, vibrant colours, and seemingly limitless blacks, it is indeed an impressive presentation.


An excellent, hard to fault presentation that's both demo and reference quality.

Detail laps up the lavish settings, the precision ballet dancing, the decadent trappings and the stunning dresses, whilst also affording uncomfortable depictions of the brutal body damage both during and after the various scenes of torture and confrontation. Skin textures are finely rendered, as is hair, and Lawrence looks unsurprisingly lovely, with the full fat 4K image making the most of every single pixel on offer.

The colour scheme too enjoys rich, deep and lavish tones, as the full breadth of deep reds, browns and bottomless blacks are enhanced by HDR and WCG, leaving shadow detail impressive however dark the image gets - and there are some very dark sequences. It's an excellent, hard to fault presentation that's both demo and reference quality.

The accompanying audio soundtrack doesn't disappoint either, with a full 3D immersive HD audio track in the form of Dolby Atmos, itself founded upon an already exceptional Dolby TrueHD 7.1 core which delivers the key elements - dialogue, effects and score - with more than enough punch and precision to impress at the highest level.

With more than enough spy plotting to colour in the background, the dialogue enjoys fine and precise dissemination across the frontal array (although the surrounds do get in on some of the action), afforded clear and coherent delivery throughout, however dodgy Lawrence's Russian accent gets.

Effects make full use of the surrounds, whether the echoing walls of the swimming pool, the thrash of water, the impact of punishing body blows, or the heaving crowds enjoying the ballet, given some LFE weight at the edges and sweeping you up into the dark atmosphere of the piece. The score is the icing on the cake, keeping the surrounds occupied for the duration and heightening the tension of the piece. It's a great audio track.

Unsurprisingly, Fox's UK Red Sparrow 4K release doesn't actually port any of the extras onto the actual 4K Ultra HD Blu-ray disc itself - beyond the now commonplace porting of the Director's Audio Commentary track - relegating the remaining features to the accompanying Blu-ray disc and compelling fans to flip over the disc if they want to explore the background into this production.

Thankfully, once you do dip into the Blu-ray's extras package, you find a pretty healthy set of supplemental features, offering up a sextet of fairly substantial quarter-hour Featurettes which look behind the novel, the cast, the locations, the sets and production design, and the stunts and ballet training, as well as a look at the editing and score. The disc is rounded off by almost a quarter hour of Deleted Scenes with optional Commentary from the Director.

Ultimately it lives and dies on an all-star cast, some unexpected brutality, and a few twists and turns that you might not see coming.

Red Sparrow could have been the start of a new franchise for Lawrence, beyond the Hunger Games movies and the X-Men prequels, with a series of source novels to tell future exploits of her Sparrow spy. Unfortunately it hardly lit up the Box Office, and the critical reception was almost universally bad, leaving this likely a non-starter.

The spy thriller does make efforts to distance itself from its counterparts, but is still a painfully slow-burner, and seldom earns the right to be so. Ultimately it lives and dies on an all-star cast, some unexpected brutality, and a few twists and turns that you might not see coming.

The Red Sparrow 4K Ultra HD Blu-ray release is almost universally excellent, with superb video and audio and a healthy selection of extra features, leaving it a great package for fans to pick up.