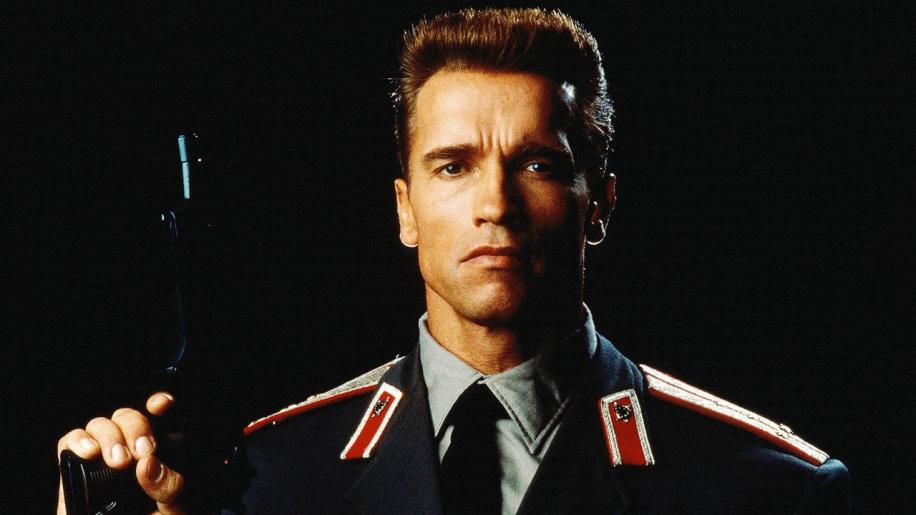 Red Heat is the epitome of the genre that is “The Buddy Movie”. Released in 1988 by the then all-powerful Carolco, it teamed the action talent of Arnold with the fast talking comedic timing of James Belushi, younger brother of the comedy genius John Belushi. Hot off the double successes in 1987 of Predator and Running Man, the future Governor of California was looking to establish himself as the ultimate action man. Carolco head honcho's Mario Kassar and Andrew Vajna called on the writing and directing talent of Walter Hill. Hill had had a massive hit in 1982 with Eddie Murphy and Nick Nolte in the seminal 48Hrs, and using Arnold's thick European accent to his advantage, penned the East v West buddy movie that is Red Heat.

For all you kiddies out there Red Heat is the simplistic story of Viktor Rosta (Ed O'Ross) a Russian gangster and drug dealer who escapes the clutches of Catp. Ivan Danko (Arnold) in the movies wonderful opening scenes (hands up all those who want to go to a Russian sauna). In doing so he kills Danko's partner and flees to Chicago, where he marries a local girl to gain a green card (Gina Gershon) but is soon arrested and listed for deportation. Danko is ordered to travel to Chicago to collect Rosta. Unfortunately Rosta escapes and Danko teams up with the reluctant, work-shy Detective Ridzig (James Belushi) in order to recapture Rosta at all costs.

In truth the story now seems very formulaic, but at the time of it's original release the premise was still fairly new. Hill was certainly an excellent proponent of the format, having been responsible for the best buddy flick of all time with 48Hrs. The story pushes all the right action buttons with storming fight scenes, fast car chases, a police Captain who rants and raves and complains about his ulcer and pressure “from upstairs”, and a ridiculous body count that would have the Daily Mail readers running for the valium. As a “balls out” action no-brainer it ranks as one of the best. Arnold dominates the screen and yet Belushi manages to hold his own, and his lippy, street wise, comedy sidekick role is very endearing and enjoyable. Filmmaking has definitely moved on since this movie, and some may see it as a dinosaur that is past it's sell by date, but there is still a great deal of fun to be had for those willing to switch off the bullshit-o-meter and watch Arnie “Kick Aaaahss”