Was it as bad as first thought? 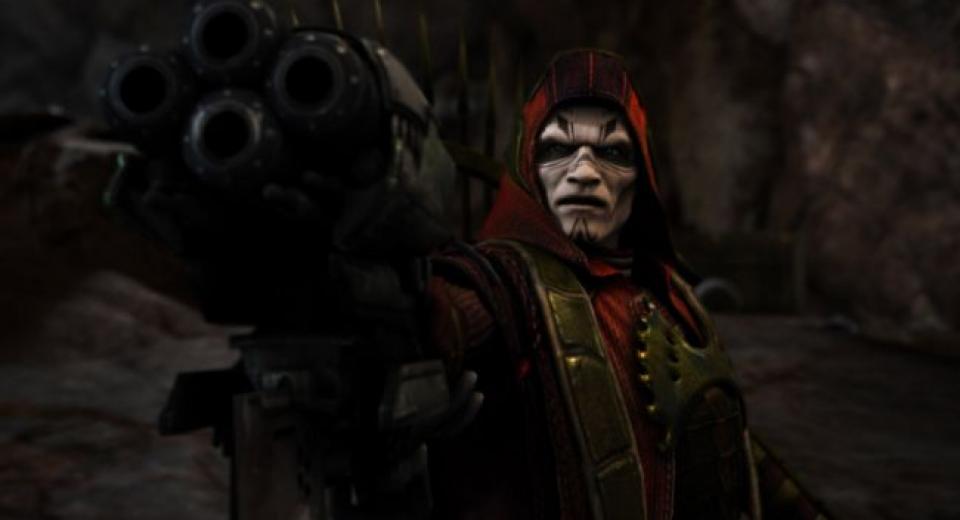 Science fiction is a genre that is appreciated by many across various formats of entertainment; film, TV, books and games. Once thought to be a genre dominated by hard-core followings for popular franchises such as Star Trek and Star Wars, it has thrived in the face of opposition and made a permanent home in gamers’ hearts around the world. Most notably so, titles such as Halo and Killzone have excelled in this area and are Microsoft’s and Sony’s most prized exclusives respectively.

The Red Faction series has tried to provide more bang for its buck over the last few years, offering not only solid shooting mechanics and enough alien/inter-galactic nonsense to boot, it has also gone beyond this. One of the first titles to include destructible environments on a huge scale, Red Faction received critical acclaim when Guerrilla (the third in the series, and the first on current generation hardware) hit shelves in 2009. THQ turned the series around by making the game more of a free-roam affair allowing gamers to do missions and quests as and when they chose to, giving them the chance to explore and demolish at free will. It would be in THQ’s best interests then, that they tap into this success second time around to keep the fan base happy.

So why then have THQ decided to turn the series into a corridor shooter? There’s no real explanation for this other than the story line which forces the Mars colony underground. Before I lambast the setting though, it is not all that bad when you look at the bigger picture rather than comparing it to its predecessor. Let’s list why this is not a problem; the shooting is good, you can still destroy the environment and the missions don’t get too tiring. So the story to Armageddon goes like this; the Red Faction are fighting Hale who is trying to make Mars’ surface inhospitable by destroying the Terra Former. Not only does he succeed in doing this but he also exploits you, Mason, in order to release an ancient alien race upon all the colonists.

To make amends for all this monkey business that resulted in mass murder of your home colony you traverse across Mars under it, and sometimes over it, in order to eradicate the alien threat whilst hunting down Hale.

You’ve probably thought before now that this game was released a long time ago and you’d be right. I won’t make any hesitations in saying that I played it when it first launched and did not like it; I thought it was poor compared to Guerrilla. But now I feel it’s time to give the game justice and see how it fares seeing as though there aren’t too many big titles to play and review at present.

So as I said before, the title does comprise some more than functional aspects. Take the shooting for example, as you are given a whole host of destructive weaponry including your trusty sledgehammer. But sadly even when you look at this positively you can’t help but take into account the fact that some of the weapons are under-powered. The assault rifle seems to be the best option most of the time as it tears through most of your adversaries whilst the rocket launcher can be less than useful against tougher enemies. The enemies you encounter are quite well designed and go beyond the lazy, stereotypical design that you see in many games these days. You find that whilst most of them move in pretty much the same way, they all have different attack patterns and methods. Thus meaning your strategy must change constantly in order for you to survive; for example, there are enemies that block your path trying to disorientate you and others who charge at you and explode when they are close to death.

Armageddon does fall into the ‘one man must save everyone’ category which is very much becoming a cliché in the gaming world. Others seem very reluctant to help you and when they do, they prove to be nothing more than bullet sponges that get in your way.

The dialogue between characters is also something that makes you cringe when you hear some of the nonsense that spills from their mouths. On your travels you are accompanied by a friendly AI, , who says all the classic cheesy lines that should have been left in the 80’s action movies. Granted there are moments where its responses are clever, but most of the time they are predictable at best.

As ironic as this may sound; enemies may actually be a welcome sight most of the time as they prove to be some of the more colourful aspects of the game. Your surrounding environments are made of dull colours which have become synonymous with many sci-fi/underground shooters these days which is quite sad. Volition had a chance to make their mark by showing off their take on underground Mars but it’s not all that great. The actual graphical quality of Armageddon isn’t too bad. Despite being duller than an episode of Geordie Shore, the game stands up quite well when compared to others of this generation. There are problems when it comes to the cut-scenes though as more often than not the image appears blocky, almost as if you were watching a streamed internet video. This is a shame given that a great amount of detail has been given to these sections which make up for the lacklustre environment.

The game’s single player campaign is something that won’t challenge many gamers and can be completed in around 6 hours or so. The title does offer other modes though via a destruction mode which is probably in place to satisfy those who miss the destruction in Guerrilla, whilst there’s also a four player mode where you must survive waves of enemy attacks. Think of modes that have been seen in Halo and Gears of War and you won’t go far wrong.

Whilst Armageddon won’t ignite many gamers’ imaginations, and fans of the old title will be disheartened, there are some positives to be taken from this entry. The shooting is better than average, there’s more destruction here than any other 3rd person shooter and some of the weapons are enjoyable to use.

Whilst Armageddon won’t ignite many gamers’ imaginations, and fans of the old title will be disheartened, there are some positives to be taken from this entry. The shooting is better than average, there’s more destruction here than any other 3rd person shooter and some of the weapons are enjoyable to use. Sure there are parts of it that shouldn't be allowed and that it can be blasted through in a relatively short time scale, but what's more fun than flinging big heaps of rubble at giant aliens?