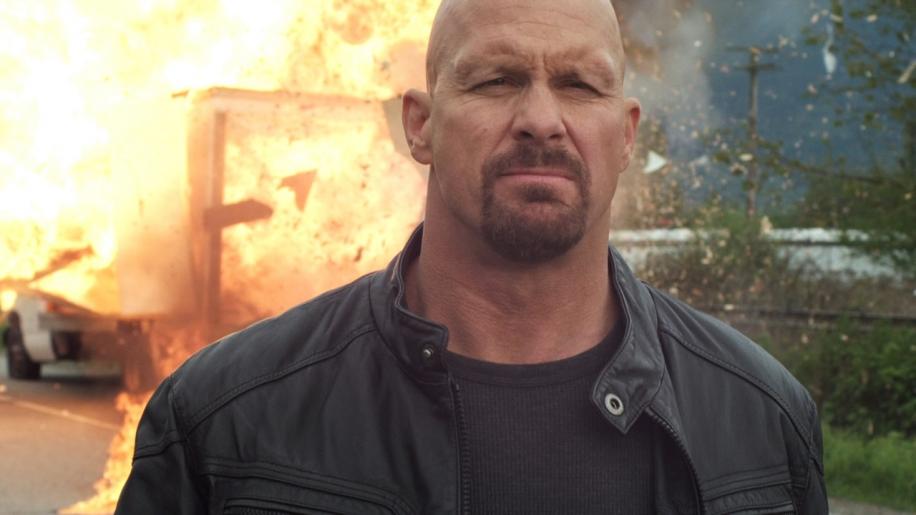 Back in the late 80s and early 90s action stars made a name for themselves with violent, brainless rescue/revenge actioners. Their plots were paper thin – with a couple of loved ones either kidnapped or killed in the first act the hero would basically spend the rest of the movie tracking down and confronting those who wronged him; each successive kill being more elaborate, culminating in a grand finale face-off with the main villain.

Schwarzenegger (Commando), Stallone (Get Carter), Bruce Willis (Die Hard, Sin City), Jean-Claude Van Damme (Wake of Death) and Steven Seagal (Hard to Kill) – they have all taken this avenging angel path at some point in their careers, sometimes to great effect... and it looks like the new generation want to do much the same thing.

When I say “new generation”, I’m actually talking about only a select few actors who make action films their day job. So few, indeed, that we’re more than happy for the previous generation – listed above – to keep making action films into retirement age (The Expendables).

Aside from Jason Statham (Transporter), the majority of relatively recent actor stars have spawned from the world of wrestling. From Dwayne “The Rock” Johnson (Walking Tall) – who was personally handed the baton by Schwarzenegger in The Rundown, and who remains one of the few ex-wrestlers to have actually proven himself a fairly charismatic, engaging lead – to the likes of John Cena and Steve Austin.

Back in the 80s and 90s, films like Austin’s Hunt to Kill and Tactical Force would have been lapped up by audiences. Nowadays they go straight-to-DVD alongside the latest fare from Steven Seagal (Driven to Kill), Dolph Lundgren (Command Performance) and Van Damme (Universal Soldier: Regeneration). Indeed even Austin’s next couple of movies are pairings with Seagal and Lundgren, respectively, and his latest film sees him squaring off against b-movie veteran Danny Trejo (Machete) in a film not wholly unlike The Rock’s recent Faster; a throwback revenge actioner which feels like it was born a couple of decades too late.

Ryan Varrett’s in town, and he’s not taking any prisoners. Within minutes, he’s already thrown a guy off a cliff. For no apparent reason. Pretty soon he arrives at the town’s notorious biker gang clubhouse, disarms and beats one of the bikers with his own gun, threatens the leader in front of the whole gang, and then walks off. The local police know all about this particular biker gang – the guns they run; the drugs they deal – but they’ve been bought off. Indeed they’re more interested in the guy who’s picking bikers off one by one. Who is he, where did he come from, and why is he doing this?

Trying its absolute best to be different from all those 80s action films from which it was clearly born, Recoil throws you straight into the plot mid-way through, slowly offering up flashbacks over the course of the narrative to reveal what brought us to this place; painting a violent outright murderer, who brutally takes out his opponents, often unarmed, with seemingly no real cause; and steering clear of expositional dialogue, narrative complications, or anything that would get in the way of the exponentially increasing pile of dead bodies.

If you’ve seen the aforementioned Faster, a halfway decent attempt by The Rock to do something a bit more stylish within the revenge actioner genre, then you can certainly see where Steve Austin was going with Recoil.

Unfortunately, on a shoestring budget, with a script that just doesn’t break free of the usual revenge actioner in any significant way, and with less acting skills than Steven Seagal on a bad day, Austin didn’t really stand a chance. Even the action, whilst fun, is simply nothing that we haven’t seen done before – and done better. Recoil borrows ideas from all kinds of films – from Van Damme’s Double Impact, to all Seagal’s films (they all have bar-fights in them), to even Old Boy, which has one of the best multiple-opponent sequences ever shot – but in an age where actors can do action, action-stars need to offer something a little bit more than just plain average. Which is exactly what this is: average.

Indeed the budget leaves the film – but for a couple of slightly more stylish moments – looking little more than a straight-to-TV-quality production, with the kind of motion blur you would expect from cheap digital photography, nor the Red One camera, and a bland un-enhanced palette that further betrays the limited production costs. The biggest effects scene is shockingly bad in delivery: a car rolls into a disused warehouse and spontaneously explodes, for no damn reason, before it even touches the warehouse door. I guess they could only afford to shoot that sequence once, but the timing is terrible!

Austin himself looks stiff as hell. Don’t get me wrong, I think the guy should be afforded better roles than ‘generic henchman number 2’ as he was in The Expendables, but the muscles he clearly needs to work on are of the facial kind, because it’s really hard getting this guy to visibly express anything. He doesn’t even have that hilarious permanent scowl/stare that The Rock has worn for over a decade, instead looking more like he has just smelt something really bad in the air, and is wondering who to blame it on.

When it comes to fighting, he doesn’t have the same skill-set that the martial artist action stars of old did, instead relying on the Schwarzenegger School of thundering brutality, basically thumping and throwing his opponents as much as he can. Some of the fights are well-choreographed, but, again, you have to wonder why he bothered getting into the movie-making business at all if he can’t act, can’t fight and his movies consistently go straight-to-DVD.

I’ve heard that Austin is supposed to be a really likeable guy in real life, a warm on-set personality who’s always up for a laugh – where is that in his movies? Sure, this is supposed to be a cold-blooded revenge thriller through-and-through but even the flashback sequences hinting at a happier family life for him before do not have anything but false sentiment and emotion in them. It’s like the guy is so damn constipated he can’t risk actually expressing anything.

What really shows him up more in these movies is the act of pairing him opposite other, more charismatic performers. It doesn’t even take much – Serinda Swan is a no-name actress who has done little more than cameo bits in films like Tron: Legacy and on TV shows like Smallville (where she played Zatanna) and Breakout Kings, and yet all of the scenes between Austin and Swan show up the former as being an even more limited, wooden non-actor than you would have expected.

Danny Trejo, age notwithstanding, similarly acts Austin off the screen. Trejo’s looking particularly worse for the wear, and I’m not really sure how many more physically demanding roles like this he’s going to be able to do – not because he’s not personally capable of beating the hell out of some middle-aged fat guy, but because he just doesn’t convince as this kind of fighting thug anymore – but he’s still more charismatic on a bad day than Austin has ever shown him to be. Indeed when you finally see them face off, you kind of feel like Austin’s being a little abusive to Trejo’s wrinkled old OAP, however nasty his crime boss character is supposed to be.

I don’t even know how well Recoil would have gone down a decade or two ago, but it would have certainly had a considerably better reception than nowadays, and probably had a better budget because Studios would have invested more in it. It’s an old-school, no-nonsense film that struggles mainly because it doesn’t really have anything new to say, nor any new kind of way to say it. Credit to the writer for signing up to Imdb to take questions about his work on the movie, because, quite honestly, I’ve no idea how anybody could be particularly proud of having written the script for this film unless they were still at school. “Generic” is an understatement. I don’t wish anything bad on Austin’s career – quite the opposite, I hope he invests some time and energy in making something more substantial, and more adventurous than this – but, honestly, rather than making films like Recoil he’d have probably been better off lobbying to get Stallone to work him back in to the plot for Expendables 2.

Recoil is not an awful, unwatchable mess of a movie, it’s just a staggeringly average, generic, trite, revenge actioner which gives you no reason to watch it in the first place, and less reason to remember it afterwards. Look for something better, or wait for something better, unless you really can’t help but pick up anything Austin- or Wrestling-related.