"We can never go back again, that much is certain." 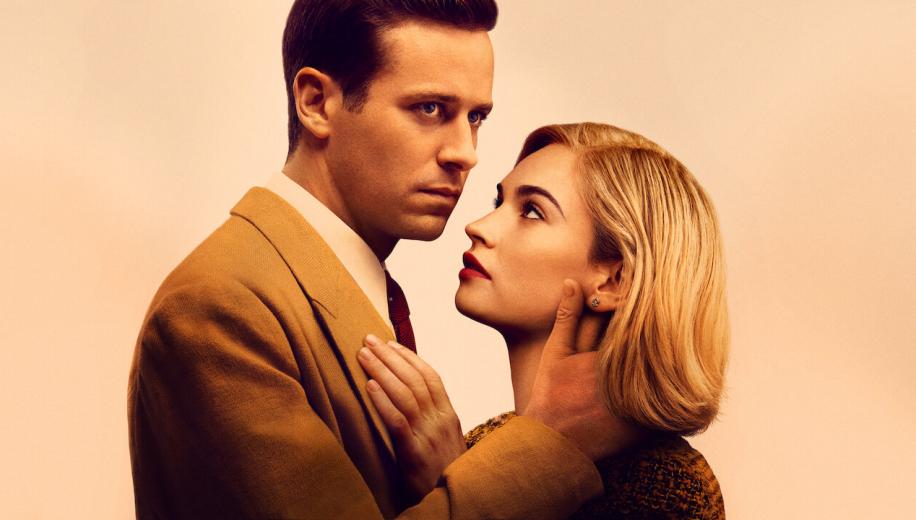 Hitchcock is so frequently the elephant in the room in modern cinema (apologies, Alf, I mean no disrespect) but infrequently does his figure loom so large over a production as with Ben Wheatley’s new adaptation of Daphne Du Maurier’s psychosexual thriller Rebecca. First adapted by fellow Hollywood elephant, Orson Welles, for radio (now I just feel like I’m being insulting), this gripping story of abusive and obsessive relationships is a gothic romance that echoes through the ages. But is there anything new to say about it?

Accompanying a bitter and ungrateful social climber on a trip to Monte Carlo, a young lady’s maid (Lily James – Cinderella, Downtown Abbey) falls in love with a suave older gentleman. This man, Maxim DeWinter, is a widower, looking for a new lease of life and this young girl is everything he’s been looking for: beautiful, spirited, naïve. But when he takes her back to his great ancestral Tudor home, Manderley, the new Mrs DeWinter soon discovers that the first Mrs DeWinter may not be as absent from Maxim’s life as she had imagined.

Wheatley makes the very wise decision of abandoning the gothic style of Hitchcock’s Best Picture winner, instead opting for a cleaner, more striking visual palette. Far from a cobwebbed, neglected, Haversham-esque west wing, seen countless times before, the first Mrs DeWinter’s rooms are depicted as immaculately clean and well maintained, as if someone were still living there. It’s the film’s strongest play and truly works to build the sense that Rebecca is still in Manderley, that the second Mrs DeWinter is a guest waiting for the lady of the house to return any minute. Reinforcing this motif of clean lines and vacant – yet highly pregnant – spaces, is Wheatley’s flair for lighting as he illuminates his sets in a type of heightened naturalism but punctuates this with characteristic elements of the theatrical. The cold isolating moonlight of Manderley at night, or a spotlight vignetting the second Mrs DeWinter in her throes of isolation successfully weave a strain of unreality through the story narrated, possibly unreliably, by the second Mrs DeWinter long after the fact. The production design by very the appropriately experienced Sarah Greenwood (Anna Karenina, Beauty and the Beast) is also full of little touches of subtlety, even moments of humour as a stern looking bust silently remonstrates Mrs DeWinter’s curiosity as she enters Rebecca’s rooms. The entire film is ineluctably sumptuous.

That wry subtlety and delicate touch, however, is never reflected in Jane Goldman, Joe Shrapnel and Anna Waterhouse’s leaden script. Far too concerned is the dialogue with telling us what should be plain to see from the performances of the very capable cast. Mrs Danvers’ (played wonderfully by Kristin Scott Thomas at her most fierce) persistent digs at Mrs DeWinter seesaw between blatant criticism or lighting quick asides which have no time to land. Only once or twice do the lines allow her to really flex her biting snark in a way that is both mischievous and menacing. Despite this fumbled script, through it all, it is Scott Thomas alone who seems to understand what the story is aiming for.

Lily James plays the second Mrs DeWinter admirably straight, never reaching for the melodrama of Joan Fontaine and never really needing to. James brings a quiet power to the role not seen in previous adaptations, and that independence works to give the character an interesting air of charisma. Such a personality, almost cowed by being trapped in an abusive relationship gives a new power to her story, but it falls prey to the same problem encountered by the other lead character.

Armie Hammer (Free Fire, The Man from U.N.C.L.E.) cuts an imposing figure as Mr DeWinter, his towering stature replacing the traditional depiction of a much older man as the visible power dynamic between the couple. But his dialogue and his performance never quite support the character beats demanded by the story. Eschewing a slow build of threat and control, instead he takes the route of unpredictability, exploding over minor incidents from quite early on. While this depiction of domestic abuse is all too realistic, it’s one that’s difficult to apply to the story of the DeWinters in the structure of the story as told. There’s no tension in it; his character and his capabilities are laid bare from the start of the second act leaving very little room for a shocking final revelation to land with anything but a dull thud. Mrs DeWinter too struggles to fit the patterns of the plot as someone we are required to accept as strong, independent and nobody’s fool but also as someone who will fall in doe-eyed love over the course of a couple of days. Rebecca is already a story of – spoiler – domestic abuse, so using the story to attempt to have a slightly different conversation about domestic abuse, however valid, it going to struggle against a pre-existing and very strong tide.

...the film does not understand its own reason for existence.

Another element of the film that begins as an intriguing decision is Weatley’s use of 60’s jazz folk mainstays Pentangle to soundtrack sections of the film. The choice always feels purposefully daring which is usually admirable, but feels so far removed from anything else in the style and substance of the film that it pushes against the boundaries of ludicrousness. Wheatley has walked these boundaries before, most notably in the batty and brilliant A Field in England, but here it never fully gels. Clint Mansell’s score rides a similar line, seemingly disconnected in parts to the events and dialogue of the film. Here, it just comes down on the right side, the practice of scoring almost for a different scene entirely gives Maxim’s emotional breakdowns a sting of unreliability causing you to question just how much of his persona is performative. It’s an element that seems unfortunately out of place in a film focused on making mysteries explicit.

That is the problem with this film in a nutshell. There is no mystery, no ambiguity. It's all right there for you to see - this is how it is, purposeless epilogue and all. It would perhaps not be overstating matters to suggest that, despite its carefully crafted nature, the film does not understand its own reason for existence. Overstated subtext, neutered sexual obsession, and brightly lit psychosexual drama – each are arrows in this movie's quiver ready to be aimed squarely away from the large target presented by previous adaptations. But when previous adaptations are universally accepted as having got things so right, it begs the question, what exactly is this new adaptation aiming towards?