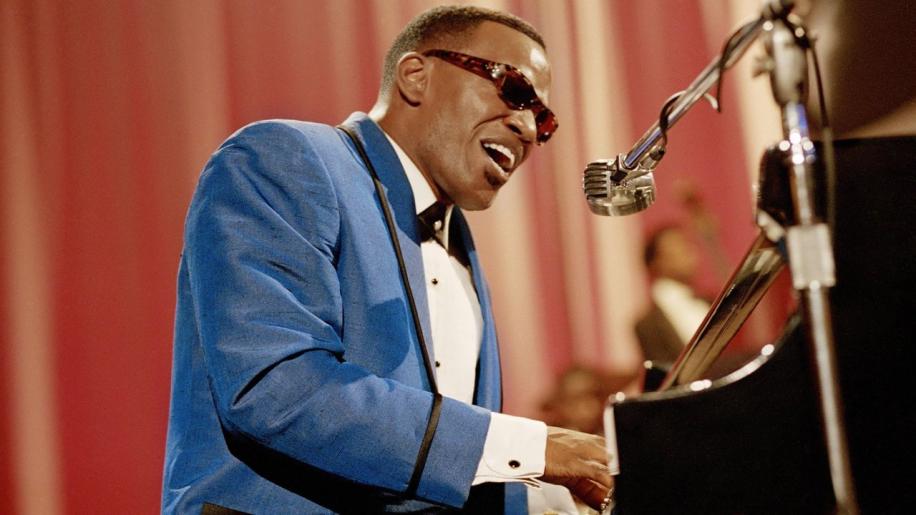 Ray is a dramatised documentary of Ray Charles Robinson's life, his ambitions and who he was as a person. From a small boy in a very backward village in Florida to his biggest and most impressive concerts to heartbreaking tragedy; it's all here and, though some issues have been dimmed and others plain made up, Ray offers a truly exhaustive insight into the man and the legend.I actually revisited this movie twice since reviewing the R1 version. Once to confirm my luke-warm reception was correct (in my view) and once to listen to the superb musical set pieces. What did strike me was the direction and set design of the movie was actually very good indeed, something which I glossed over in the original review. The period settings looked so real and lush you can almost feel the humid Florida heat ooze from out of the TV. There is a dirty, old, almost dilapidated feel to the early city scenes which contrast well with the overly colourful flashbacks. In fact you almost want to take a shower after watching Jamie Foxx's grungy underground performances from Ray Charles's tentative first gigs, so good is the period set design. Direction too is oft-times used in slightly unusual ways. A few times I noticed rakish camera angles used to exaggerate Ray's blindness and disorientation. Some other camera framing will position Ray in the background, behind dancing couples or at the back a table, where normally a lead would be front and centre screen. This is possibly a way of telling us that Ray could just listen and absorb information, or that people ignored Ray, to an extent, due to his blindness.

Fanciful cinematography, design and direction still cannot rescue a rather lacklustre movie. Ray is a bit flat, despite some worthy performances. Don't get me wrong, here, Ray Charles is an icon and will always have a place in some people's memories, but the movie just floats along without really getting into any kind of stride. The pacing seems fine at the beginning of the movie, but after an hour of the same characters and the same themes, it all gets a bit tiresome. This is not to belittle some of the events in Ray's life. The death of Ray's brother would clearly leave an emotional mark and is a theme which is revisited, piecemeal, throughout the movie. While it is very cinematic to have a running mystery in a movie to maintain audience attention, there is a morally belittling air about using the death of Ray's brother for this end.

If you forget about the flat pacing, Ray does have some high points. All of the music is well played, Jamie Foxx's piano playing (which he performs for real) coming across as effortless. It is for Jamie Foxx's performance and the music of Ray Charles, that you would buy this disc. I can't think of a single characterisation that has been played with such unnerving accuracy than Foxx's. Every nuance, every facet of Ray Charles is there to be seen, consumed and relished from his hesitant voicing to the (until now) inimitable comportment. Added to this is a wonderfully robust performance from Sharon Warren who plays Ray's mother: Aretha Robinson. There is a real granite hard motherly compassion at work in Warren's portrayal; one that I feel has been overlooked by many in the light of Jamie Foxx's success.

I am not sure if I am the wrong generation, or whatever, but I think that this movie doesn't have the dramatic element that can really capture an audience, unless you are a fan of Ray Charles. Even then I have spoken to some dyed in the wool fans of his who again say that this movie is lacking. One commented that the movie is too long, and a shorter cut may have been better. Perhaps so, but I can't help think that the best way to enjoy Ray Charles' work is to listen to his music on CD.