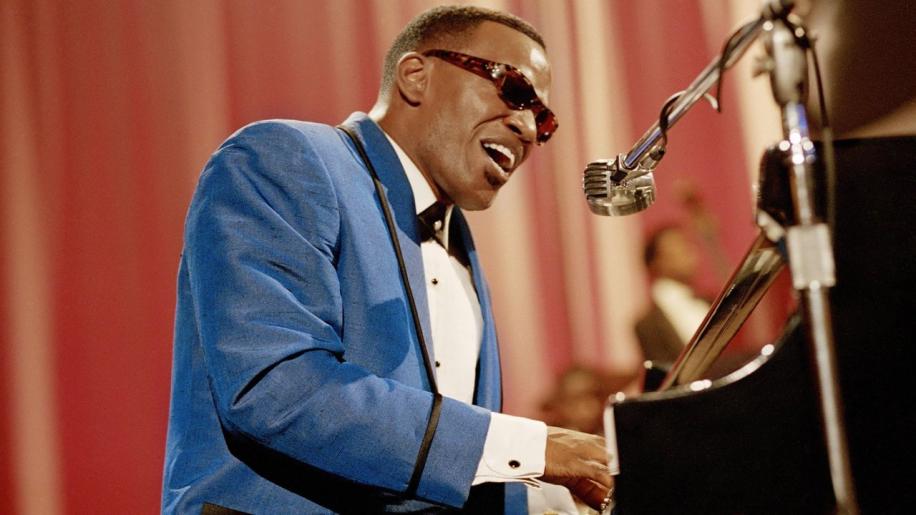 I have had Ray to review for a while and it is serendipitous that, when I do get to review Ray, Jamie Foxx wins best actor for his unnervingly accurate performance. Ray is obviously a dramatised documentary of Ray Charles Robinson's life, his ambitions and who he is as a person. We see Ray throughout his life from a small boy in a very backward village in Florida to his biggest and most impressive concerts to heartbreaking tragedy. It's all here, and, though some issues have been dimmed and others plain made up, Ray offers a truly exhaustive insight into the man and the legend.

It is therefore unfortunate that Ray is a bit flat, despite some worthy performances. Don't get me wrong, here, Ray Charles is an icon and will always have a place in some people's memories, but the movie just floats along without really getting into any kind of stride. The pacing seems fine at the beginning of the movie, easing you into Ray's shoes, but after an hour of the same characters, the same themes, it all gets a bit tiresome. This is not to belittle some of the events in Ray's life, especially the death of his brother, which would clearly leave an emotional mark. It is somewhat raw, then, that Ray's brother is used as a vehicle to maintain some narrative interest throughout the movie, somehow cheapening impact this would have had in Ray Charles' character.

If you forget about the flat pacing, Ray does have some high points. All of the music is well played, Jamie Foxx's piano playing (which he performs for real) coming across as effortless. Indeed it is for Jamie Foxx's performance, and the music of Ray Charles, that you would buy this disc for. I can't think of a single performance that has been played with such unnerving accuracy than Foxx's. Every nuance, every facet of Ray Charles is there to be seen, consumed and relished from his hesitant voicing to the (until now) inimitable comportment.

There is one other part, in Ray, that is played to the same lofty heights as Jamie Foxx's role. It is of Ray Charles' mother, Aretha Robinson (Sharon Warren). Her acting is just so seamless, so fluid you cannot think of her as anything but the real mother. With anger and tears but with a steely heart of compassion, Sharon Warren plays a role that I feel has been overlooked by many in the light of Jamie Foxx's success, deserved though it is.

I am not sure if I am the wrong generation, or whatever, but I think that this movie doesn't have the dramatic element that can really capture an audience. The music is good, but then you could always just buy an album or three.