One of the best collections money can buy 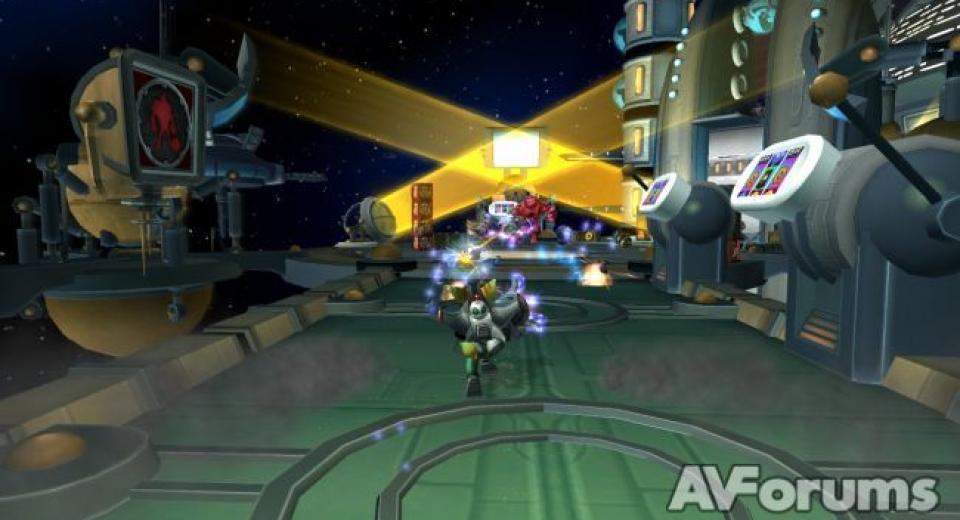 Ten years ago, Insomniac games launched their new series on PS2 called Ratchet and Clank which offered relaxed 3D adventuring and platforming. Who knew that this game would result in a string of increasingly popular titles that made the jump from PS2 to PS3 and even PSP?

What’s more, the popularity of the franchise has now been topped with a rejuvenation of the old games for a fancy PS3 HD update. But, as has been the issue with other HD collections of its kind, will this prove to be one that is truly worth of it, or just another face amongst the crowd? Well Idol Minds will certainly hope so given that they have been charged with this re-release, they wouldn’t want to sully the name of the long-standing series.

When it comes to developing games across different formats, appealing to different audiences, Insomniac are pretty experienced in that area after releasing the popular Resistance titles as another Sony exclusive franchise. Safe bets would be that this trilogy is top notch then… The Ratchet and Clank series revolves around emergent heroes Ratchet, an avid Lombax mechanic, and an escaped pocket-sized robot named Clank. The two join forces in a twist of fate that brings them together and don’t look back; they bond instantly and immediately help each other out.

It turns out that this is a wise move too seeing as, in the first title, their planets and lives may be at risk when Chairman Drek of the Blarg race plans on constructing a new planet out of pieces of others. In the process, this would destroy those that are inhabited by innocent civilians, so what choice do the new buddies have but to set about saving them?

The second title sees your adventures continue as Ratchet and Clank become celebrities as a result of the first game. After things begin to quieten down, you are enlisted as part of a mission to locate a thief who has stolen a biological experiment. It wouldn’t make much of a game if things stayed quiet would it?

The trilogy is completed with the third title that sees Dr. Nefarius attacking Ratchet’s home plant Veldin. After neutralising the threat, the duo must locate Captain Qwark who is the only person who can help them defeat Nefarius once and for all. As expected, your adventures take you to many different planets all requiring different tactics and approaches in order to quash any enemy threats whilst also hunting down illusive collectibles and hoovering up any side quests which are available at the time. All of these things combined result in each game lasting several hours whilst they’re all a hoot to play and replay for that matter.

The burning question that will be on the tip of everyone’s tongue however will be ‘how do they look and feel after the HD treatment?’ Well I’m pleased to be reporting that the games look stunning considering their age, especially the first title. Now it would be overly critical if I were to say that the first game looks the worst without taking into consideration the fact that it is ten years old and for its age it looks superb.

There are issues with the cutscenes however as they have not been treated to the HD makeover and unfortunately it is quite noticeable. It’s not such an issue that they look a bit blocky at times; it’s more that they don’t fill the full screen leaving black edging around the image. A small and very minor point but it is very noticeable nonetheless.

Fortunately though the actual mechanics of the games are pretty much flawless when it comes to environment navigation and weapon control but again, because of its age, the first title does stand out as the worst of the three. By no means does this mean that it is un-enjoyable to play because it’s still a hoot to blaze through, it’s just a shame some of the commands aren’t quite up to speed. For instance, character movements aren’t always as responsive as they should be whilst there is often a delay between attack commands which can result in the smallest of enemies reducing your health bar.

The main appeal of the series has always been the regular acquisition of new gadgets and weapons that will see you through upcoming levels and planets. The satisfaction of this has not been lost one bit over the years and even today some of the weapons and puzzles that are solved using them seem quite clever. What’s more the dialogue between all characters is still as witty and smile-inducing as you remembered it to be.

The enjoyment of the platforming, despite some minor issues, is still there and it’s every bit as fun to swing from section to section, collect some bolts and rid of the pests ahead. A few regular boss battles and arena-style enemy fights keep you on your toes and let you have some fun with any new weapons and gadgets you have acquired on your travels.

It really is a testament to how much effort Insomniac put into these games; carefully crafting each world, filling it with interesting challenges and characters and topping it all off with an entertaining script and storyline. Even the names of certain Non-Playable Characters stand up to be some of the wittiest and memorable around; remember Skid McMarx? Ratchet and Clank, no matter what iteration, has always been a game that you can return to over and over again and still get entertainment out of it. Regardless of completion rate or number of times played you will enjoy every second as much as you did the first time around. Given that full Trophy support is now added to each title you can bet your bottom dollar that you will keep coming back until you have had your fill.

Sadly though, some bugs have not been completely ironed out of the gameplay (which probably had something to do with the game’s delay) and they will either help you cheat death or will bring about one hell of an annoying end. In one case a swimming section saw Ratchet end up trying to wade through deep water, then suddenly remember he needed to swim soon before forgetting that he hadn’t tried walking through the water again.

For the 20 or so people who played online with their PS2, the third instalment still boasts Internet capabilities for anyone who loves their adversarial modes. On offer are the usual deathmatch modes and a capture the flag game which all add to the overall longevity of the package. As expected though, the main attraction is still the single player campaign as the online aspect won’t win any awards for being revolutionary or one that you will pour hours into.

What’s important to take into account is that when compared against the newer titles, this package is just as enjoyable, if not more so, because of the nostalgia factor attached to it. Given that they date back to the early PS2 days, that is by no means an easy challenge to overcome. Sure the PS3 games handle better and offer a bit more freedom in terms of exploration but other than that there is little to set them apart.

Does that make this title worth the money? Absolutely, the value on offer here is unquestionable because it will remain in your collection till the day you get rid of your PS3. Be assured; Ratchet and Clank are here to stay.

Where other HD packages have failed, the Ratchet and Clank Trilogy succeeds by supplying a collection that is worth its price tag and then some. Newcomers, even series regulars, could easily mistake this package for a modern title given how well it looks and how it plays. Granted the titles do not come bug-free which is a shame but they occur so rarely that you can easily forget them when you're knee-deep in enemies or swinging from platform-to-platform.