One of the best sci-fi shows of the decade, thoroughly underserved by NowTV 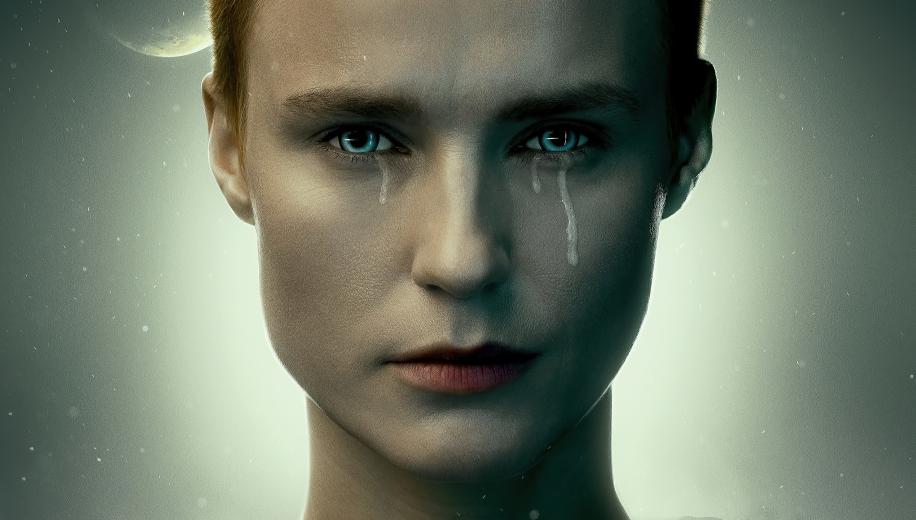 Ridley Scott's best work in decades, and one of the best shows you'll watch this year, HBO Max's Raised by Wolves finally launches on Sky/NowTV UK.

Scott has spent altogether far too much time trying to make Alien backstory flicks, with the likes of Prometheus and Covenant wasting his energy and his ideas, trying to uncover mythology (like the Space Jockey) which simply did not need any grand revelations and were better off as the mysteries in our imagination. Raised by Wolves, on the other hand, is cut loose from any Alien ties, and absolutely thrives from it, able to forge its own path, and craft its own intoxicating mythology which is slowly unravelled across the duration.

This is one of those shows where you will vastly benefit from knowing as little as possible - TRY NOT TO WATCH THE TRAILER - and so, although this review encompasses the full season, it treads very carefully around any potentially revealing plot points to ensure no spoilers to your enjoyment of this excellent series.

After a war to end all wars destroys the Earth, various survivors make their way to another inhabitable planet, hoping to restart pockets of life there. A pair of androids - Mother and Father - are tasked with seeing six embryos through to adulthood, but find natural disease, the planet's predators, and other survivors who have landed nearby all pose threats to their seemingly simple life.

Right from the opening shot - and the excellent animated credit sequence, which basically, if you watch carefully, tells the entire backstory - Raised by Wolves delivers utterly majestic world-building, but without any heavy handed exposition, instead allowing the story to unfold with breadcrumbs across its narrative; expecting its audience to show a degree of maturity as they are confronted with alien landscapes and androids, and given little standard Hollywood explanation as to what the hell is going on.

It introduces two unusual protagonists (antagonists?) whose actions, behaviour and intentions are frequently impossible to predict. Although dubbed Mother and Father, by the end of the first episode it becomes clear that these androids are a whole lot more than just simple parenting vessels. Sure, they may do whatever it takes to protect their own children, but that mandate encompasses a whole lot of grey area, particularly when it comes to the continued existence of just about any other human they might encounter.

Across its 10 episodes, Raised by Wolves continues to push the boundaries with regard to audience expectations

Perhaps one of the greatest achievements - aside from just unpredictability across the board - is the casting of relative unknowns in parts where your expectations from the characters and opinions of whether they are good, or bad, are consistently reversed. And then reversed again. It's one big grey area, and considering that the majority of key characters in the show, at one stage or another, kill a whole bunch of people in dubious ways, it is remarkable storytelling that keeps you invested in them, and concerned for their fate.

Amanda Collin gets the meat as Mother, and it's a beautiful performance in which she is called upon to somehow balance poised android ambivalence with increasingly maternal emotions, to the point where you start to question her sanity and the safety of those around her. It's a pitch perfect performance (Star Trek's Burnham - SMG - could learn a thing or two) in a very challenging role. Abubakar Salim's Father is probably the closest thing you get to a character you'll like throughout, and he's great, leaving some scenes tense, tragic and compelling in equal measure just because you actually care for him. Their child Campion is played with a Game of Thrones' Joffrey-level of irritating petulance, and it's not without irony that he's the first person you actively want to meet a painful death.

Across its 10 episodes, Raised by Wolves continues to push the boundaries with regard to audience expectations, successively blowing your mind as it jumps the next hurdle, introducing religious zealots, virtuality, indigenous creatures, planet-boring holes, and the near-invulnerable Necromancers, who are just about as scary as their name suggests. From the first time Mother opens her mouth and screams, to the visions and voices that plague characters later on in the season, Scott's spectacular sci-fi is utterly gripping - you simply don't know where it's going to go next.

And those are just the core players in the first episode, with the clash of religions / beliefs expanded upon as we are introduced to Mithraic cults and their enemies, the Atheists, and as the history of the very planet they have all escaped to is unfolded. With sublime scoring (again, that opening credit sequence is worth watching every single time), movie-scale production design and effects, and some genuinely effective storytelling and worldbuilding - free from the restrictions Scott found having to mould his projects to pre-existing Alien franchise lore, and just tremendous as a result. In a year when movie releases have been - understandably - really quite underwhelming, it's TV shows like this that highlight the seismic shift in quality that leaves the gap between movie and TV ever more narrow. The best thing Scott's done in years, and well worth the wait. It's just a shame that, whilst HBO Max are rolling out 4K Dolby Vision and Atmos in the US, many will still be stuck with 720p NowTV in the UK but, despite that, Raised by Wolves remains utterly, utterly, unmissable sci-fi excellence.