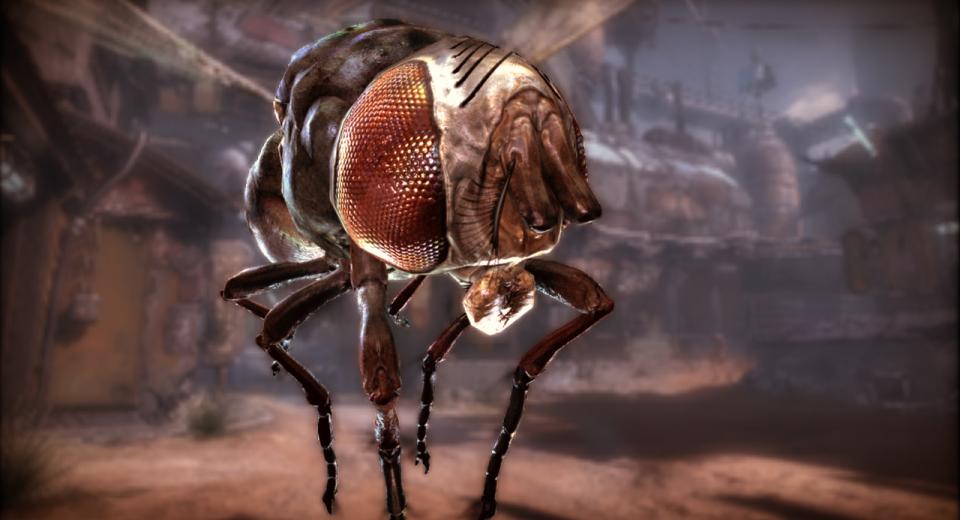 Twenty years is a long time to be developing games for, not many development houses even make it to five years old. Yet id Software have been around since the advent of video gaming… or so it would seem. From Doom to Quake, they have wowed audiences around the world across many formats and can be said to be the forerunners when it comes to the First Person Shooter genre. They have been quiet on current generation consoles though, only supervising Quake 4 on the 360 back in its launch phase, so it would seem they are looking to make a splash once more within the FPS camp.

There has been a lot of hype surrounding RAGE, with many pre-emptively claiming it to be one of the must own titles of the year based solely upon preview material. Others though have kept a more reserved view given that they are releasing a game set in a wasteland much like Fallout 3 and Borderlands, so do potential buyers have anything to worry about?

RAGE immediately kicks off in spectacular fashion when a new game is started; you are treated to a beautiful cut-scene showing how a select few humans were put into cryogenic storage to resurge humanity after a giant meteor has struck the earth. Although short, it’s a powerful and moving scene, but it gets its message across ever so effectively. It sets a high benchmark with brilliant detail and promising dialogue and generally, RAGE lives up to this but there are moments where you wonder where all the bravado went.

The premise of RAGE is simple; you are the only survivor from your Ark (where you were cryogenically stored and injected with nanotrites) and you must enter the big bad world and find out what the hell happened after the meteor struck earth. Surprisingly, the government’s attempts to rescue humanity afterwards have gone awry with rogue tribes and groups ruling what is now ‘the wasteland’. Luckily though, you are saved by one of the more friendly locals around town Dan Hagar who quickly shows you the ropes and it soon becomes apparent that you are being headhunted.

RAGE looks amazing. The wasteland is full of life and character, whilst all inhabitants are equally full of detail. Not only are they all lavished with extra detail, all Non-Playable Characters also interact and react to your actions. For instance, when you approach an idle citizen, they will acknowledge your approach and look up to you as they welcome you. Furthermore every enemy will react to the damage that they are dealt; shoot them in the leg and they tumble or fall whilst a bullet to the arm will see them grasp it in pain.

The only problem here is that some enemies refuse to die no matter how much punishment they receive, not even a shot to the head can guarantee a one hit kill in some instances. You’d expect an adversary to be silenced by a shotgun blast from close range or maybe a pistol round to the head but you don’t always get the result you were after. Granted that higher difficulty levels come with tougher enemies, but a health bar would not go amiss in some instances when you nearly empty a full clip on one combatant alone.

RAGE never seems to step out of its comfort zone in terms of unique gameplay or innovating ideas; everything you get you have seen before in one form or another. Amazingly, you can see where RAGE has borrowed (almost stolen) from many other titles out there and put its own spin on things. Most obviously and unsurprisingly, you can join many dots and see that it makes a pattern almost identical to that of fellow wasteland title Borderlands. Only it does this in a much less extensive or unique way, although the health recovery system makes much more sense in RAGE given the power of the nanotrites you were injected with before your storage.

Unfortunately, the problems don’t end there. After what is an engaging opening sequence and initial affinity for the setting and early missions, sadly your interest may seem to dwindle. After a while, the missions’ structure falls into a rigid pattern of go here, secure object/ kill certain character, return for reward and repeat the cycle. You can, if you want to, break these cycles up with side quests or by competing in events such as racing or even a battle arena TV show called Bash TV.

Even these become boring and repetitive. The first time you compete in Bash TV (a mission requisite) you feel compelled to kill anyone before you, but personally, I did not find myself returning to the arena after this. The same can be said for competing in races; there are occasions where your driving skills are needed to forward the story but after this, races are too easy and pose little challenge. Once you have upgraded your vehicles to an ample strength, don’t expect to find yourself tearing around those repetitive circuits any longer.

Completing the odd side quest here and there and filling in a few spare minutes with races, don’t expect RAGE to last much longer than 8-9 hours. In all fairness, this is quite short given how much scope has been given to us in the past through the wasteland setting from Borderlands and Fallout 3. Furthermore, shipping on three discs, you’d expect the game to be huge and offer masses of potential yet it clocks in way short of its competitors that are sold solely on one disc.

If RAGE did something different and offered us a unique package then those ten hours would feel adequate. Yet, with a very unexpected and short ending-mission and lacklustre sequence to go with it, you can’t help but feel that id Software could have lost their way when it came to finishing the title.

There are two online modes for you to compete in if you fancy trying them out. First of all, there’s Road Rage which sees up to four players compete in a free-for-all style destruction derby where you have to collect points and destroy your enemies as you do so. Secondly, there’s Legend of the Wasteland where two players can co-operatively play through missions that are hinted at throughout the campaign yet cannot be played solo. Many players will be unlikely to try these modes or even know they exist given that they’re hidden away on the third disc.

RAGE undeniably is a title that must be played by gamers across the board but for some it will be a bit of a dissapointment in terms of mission structure and longevity. There's no problems when it comes to presentation as id Software have crafted the world carefully and filled it with characters that are full of life. But with the aforementioned abrupt and unexpected ending, you may well feel short changed when it comes to the close.

RAGE delivers a take on the wasteland concept and does so in its own brilliant way. Despite not being full of original ideas and borrowing concepts from other titles, id Software make the whole package fun and fresh. There are some flaws throughout (such as hard-to-beat enemies and repetitive missions) but otherwise this is a must play title.