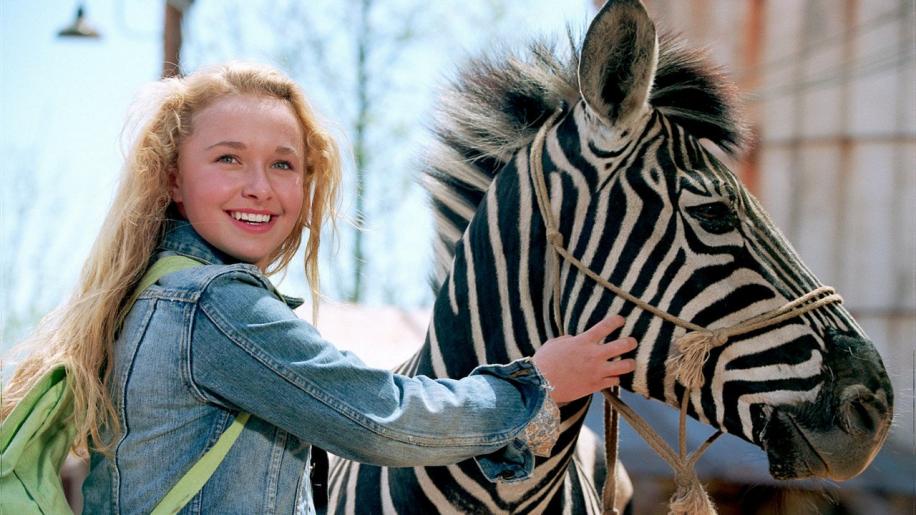 Racing Stripes is a movie undoubtedly aimed at a younger audience but that's not to say it doesn't have the potential to appeal to those of a more mature disposition.

It tells the story of a newborn travelling circus zebra, Stripes (Muniz) who is mistakenly abandoned by the roadside during a rainstorm. The helpless foal is discovered by horse trainer Nolan Walsh (Greenwood) who takes the zebra home to live with him and his young daughter Channing (Panettiere) on their small Kentucky farm.

Over the next few years, Channing becomes very close to her new friend and both share the same burning ambition - to race in the Kentucky Open. This is not as straightforward as it seems as both must deal with the many obstacles standing in the way of their dream.

Having lost his wife and Channing's mother to a riding accident, Nolan is reluctant to let his daughter follow a similar path. Channing must prove to her father that she has the determination and talent as well as the 'horse' to see her dream through. Stripes on the other hand must deal with the prejudice shown to him by the other horses training for the race. They see him as an unwelcome outsider who doesn't belong on a race course.

Relying heavily on CGI, this live action movie follows a similar vein as the film Babe with the talking animals taking centre stage. It succeeds too for the most part and you do find yourself accepting the talking animals as if it was a normal occurrence. Rarely did I find myself noticing the CGI work at all. It blends almost seamlessly with the animals actual movements and allows you to concentrate on the admittedly simple story.

Now this movie is by no means faultless even taken as a children's film. It has moments of excruciating 'cheesiness' and the scene lifted straight out of Rocky IV (you know, the one where Rocky uses raw, basic training compared to the Russian's high-tech training regime) makes you cringe to the point of turning away but maybe I'm being a little harsh on what my 8 year old son thought was a great, fun movie and as he is the target audience, that's all you can really ask for.

This will appeal to most if not all under 8s and although not as clever as, say Shrek or Toy Story in its ability to appeal to both children and adults, it does have a few moments that will make many of us old fogies chuckle. Lending their voice and some credibility to proceedings are some surprisingly big Hollywood names including Dustin Hoffman, Whoopi Goldberg, Joe Pantoliano, Mandy Moore and even Snoop Dog as a... yes you guessed it, a dog.

Bettering 'Babe' in both the quality of the CGI and the simplicity of the story, Racing Stripes is sure to be a hit with the younger children and there are many movies out there aimed at a more mature audience that have entertained me less than this quaint little tale.