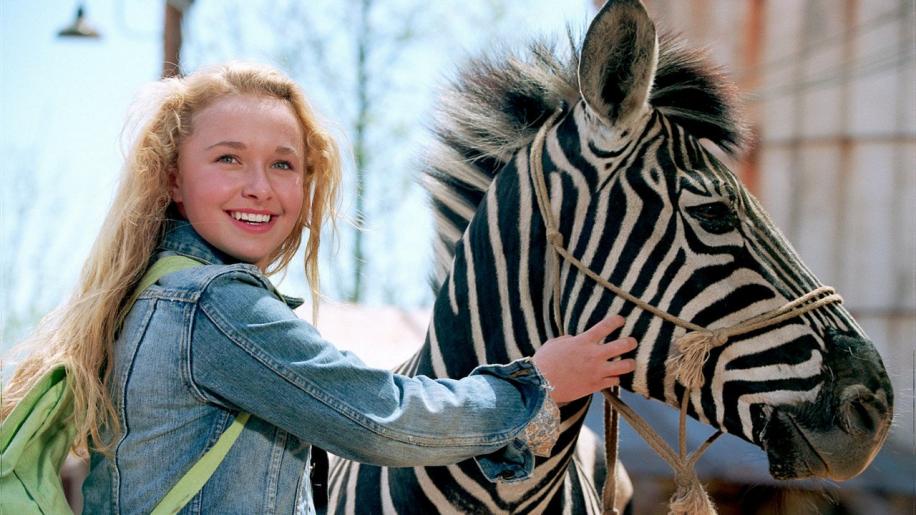 A superb picture is presented on this Anamorphic Widescreen disc. The image is incredibly sharp and is noticeable by its lack of noise or grain. It has a very natural appearance and artificial looking edge enhancement is thankfully absent. Blacks are also excellent although occasionally a lack of detail in darker scenes was noticed.

Colours are lush and vivid. The greens of the fields and the rustic browns of the farm are beautifully realised and although rich, are not artificial in their appearance. This is one of the better pictures I've seen recently and considering most of the movie is filmed outside on location, (a thorn in the side of many movies) the picture is nothing short of stunning. There is nothing particularly outstanding here on the aural front. It starts off promisingly enough with the opening storm which surrounds you with pouring rainfall but that's about it for standout moments. For the rest of the movie, the sound tends to centre (no pun intended) on the centre channel for speech and the front soundstage for the musical soundtrack. Speech is both good and bad. Clarity is spot on and every word is clear and coherent but vocals sometimes lack depth and can sound a little hollow. LFE is present and occasionally noticeable, especially during the horse racing scenes, but never excessive or overbearing. The Dolby Digital soundtrack is par for the course and more than acceptable. It basically lets you concentrate on the movie without making itself quite as noticeable as it could have by making more use of the surround channels, which for that reason makes it fine but not great. A huge selection of extras are here to keep the kids entertained for hours. Firstly we have the Director's Commentary which is actually very good and full of amusing stories and interesting trivia about the movie. The alternate ending really should have been used in the actual movie as I thought the released version ended too abruptly. Americans are always talking about 'closure' to situations and here was a perfect example of a movie that lacked it. The alternate ending finished off the story perfectly and I'm surprised it wasn't included in the final cut.

The Barnyard Outtake Real is a little disappointing in so much as they are not really outtakes, more unfinished scenes. Because of this, they lack humour which is what you normally look for and enjoy with outtakes.

How To Make Animals Talk looks at the CGI work involved in making the animals appear to converse. Fascinating stuff as is the Acting Class 101 which shows how the animals were trained to 'act' and do what was required of them for their roles. It shows how all the animals were treated humanely and lovingly (good PR!) and how attached to them their trainers became.

The additional scenes are sectioned into groups according to the character they mainly feature but unfortunately offer little appeal.

Buzz & Scuzz's flying Fiasco is a virtual horseracing game where the pair of flies shout directions to you which you quickly select on your remote to move your zebra forward to win the race.

The Interactive Comic Book is a virtual comic that you can either read yourself, or have narrated . It tells the story leading up to the opening scene of the movie and the children will love it I'm sure.

The Music of Racing Stripes features interviews and segments of the music from Sting and Bryan Adams although it could have been a little more detailed. Finally we have the Theatrical Trailer. Based on its merit as a children's film, Racing Stripes is sweet, exciting and entertaining. It does have its fair share of corny moments and sickly sweet sentiment but this will only really be noticeable to older viewers. If you're looking for an intelligent family movie that will appeal to both young and old then you may be a little disappointed. But as one for the kids and for those not too demanding then Racing Stripes comes recommended as a lot of fun