Unleash havok in a war of words 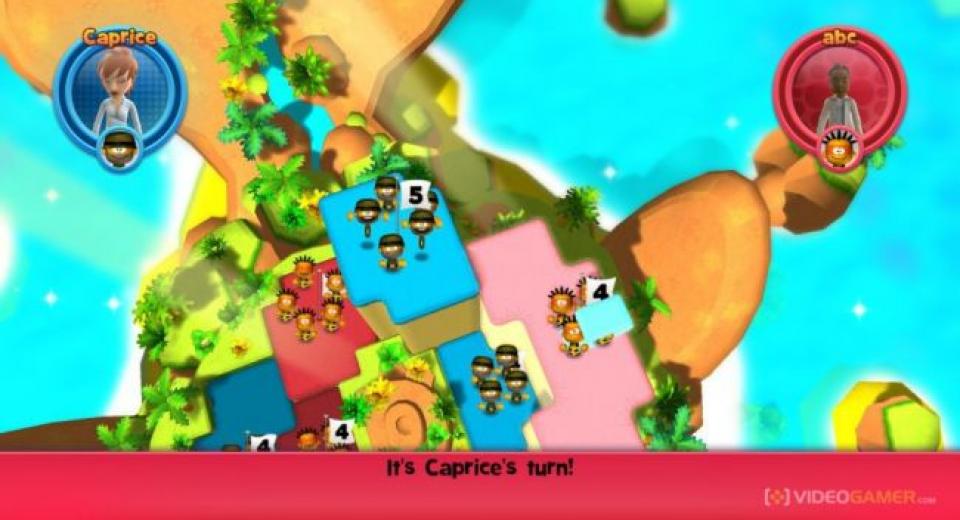 Without question the start of this year is going to be a bit slow. With few big or well-known titles heading our way for a while it’s a time where some look backwards for comfort in their older titles. But before you do, take note of what’s going down in the digital world around you.

Developers, such as Denki, are showing their wares on the Xbox Live Marketplace on a regular basis which are proving to be quite a success. Producing digital toys (whatever they are), Denki have also previously worked on a couple of small Gameboy Advance games as well as a Facebook title so their experience in the gaming world is relatively small but we all have to start somewhere right?

Publishing the title are UTV Ignition who have headed a small quantity of digital games recently such as Mercury Hg, Deadly Premonition and Backlight Tango Down all of which have had varying degrees of success. So, as Denki’s site says, does their latest outing, Quarrel, show the gaming world a thing or two? Well from an aesthetic point of view it most certainly does. Despite being a small XBLA title, Denki have made sure their title shines. Quite literally in some instances, believe me. From tasteful, brightly coloured menus and game settings to charming characters, Quarrel really does put the fun into gaming.

Even the menus are rather enjoyable to scroll through. Each selection is signified with a xylophone note whilst the neighbouring character makes amusing speech noises in conjunction.

As soon as I write the words, “Quarrel is a word game” many of you will instantly tune out and think ‘That’s not for me’ and believe me I was a bit dubious at first when I took it on. But to say the basic premise of the whole thing is being able to spell, it combines it well with other mechanics like strategy and puzzle all at the same time. You don’t need to be a human dictionary either as small words can lead to victory given the game’s Scrabble-esque scoring system. So the principle of Quarrel is this; you compete against others (human or AI) to control an island and control is gained by Quarrelling and you Quarrel by, you guessed it, having a spell off. The island you compete for is divided into segments evenly between up to four players in which your units are housed ready to fight for dominance or fend off enemies. Following a clock-wise turn based structure, each player must take it in turns to plan out their next move whilst defending their own territory. Players are allowed to attack segments immediately next to them laterally or diagonally or alternatively they can strengthen their defences.

Each unit consists of up to eight individual characters and a minimum of two and depending on your unit quantity; this is what length word you can spell. For example, five-strong units can spell five letter words whilst seven-strong can spell seven. Units must win Quarrels in order to continue or else they become void until the player’s next turn.

Despite Quarrel having a cracking look to it, there is something that may leave gamers a little bit peeved. The characters you play are not set permanently; each time you play your units will be different. Now there’s nothing wrong with that as they all are very cutely designed and none hold a benefit over the other, yet you are bound to quickly establish a favourite. Quarrel offers many different ways to play from single player modes such as domination, quick match and challenge whilst online players can fight it out against one another to shoot up the leaderboards. In this instance, it will probably be best to play the single player for the most part until you’re up to scratch with your spelling and reaction times first and, surprisingly, these modes are actually rather entertaining and offer up a decent challenge.

As there often is with these sorts of games, there is a massive frustration factor to it. For a start, during the domination mode you will always play last, no matter how many times you restart you will get the same result. I’m not saying you should always play first, or that you will lose as a result, but going last all the time has a massive impact on the rest of your game. Secondly, the opponents sometimes create words that you have never heard of or they are spelt, how we perceive, wrongly.

On the flip side, Quarrel allows you to spell offensive and inappropriate words which I will not repeat. Thankfully though your AI opponents will not use any foul language, sadly the same cannot be said for your human opponents who may cause offense to some audiences. Granted that conventional swears are prevented but it's likely that some will slip through the net somewhere.

At a bargain price of 400 MS points, Quarrel is a steal. Even if you dabble in it for an hour or two and never play it again, you won’t feel like you have been ripped off. Quarrel is a testament to what all games released via XBLA should be; simple, reasonably priced and most importantly entertaining. Hopefully this won’t be the last we see of Quarrel either with potential to expand its forte with future DLC.

Denki provide gamers with a charming and satisfying puzzle game that takes existing formats and gives them a novel twist. Bustling amongst other successful Xbox Live Arcade titles, Quarrel cements its place by having a visual charm that will satisfy any gamer. For anyone who likes a challenge and fancies themselves as a bit of a word-wizard then Quarrel is definitely the game for you.