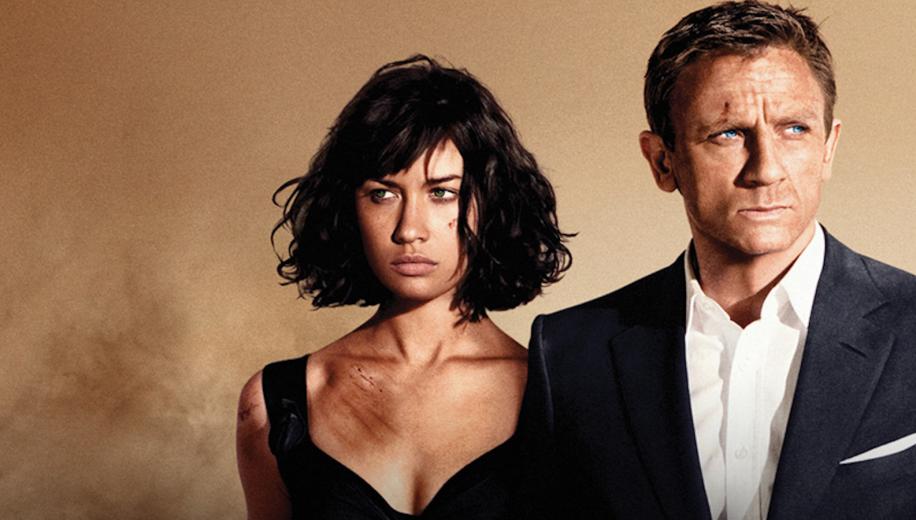 An ineffective standalone Bond chapter but a lean, taut and relentless action-finale sequel to the story started in Casino Royale.

2008's Quantum of Solace was something of a shock. It was the first direct sequel in the Bond series, not merely carrying over characters, but literally continuing on from the very final scene in the preceding movie, and barely letting up to take a breath across its lean 106 minute runtime (the shortest of the entire Bond franchise). Those expecting a brand new Bond tale would be taken aback, and arguably disappointed that this didn't really afford a new tale, and instead merely expanded on the previous chapter, turning its three act structure into what was basically a four act narrative, and playing out as little more than an extended action finale - the action that, for the most part, Casino Royale had largely eschewed in favour of story and characterisation. Much of that was skimped over here, disposing of the 'pleasantries' in favour of chase sequence after chase sequence.

It's arguably one of the weakest - if not the weakest - Bond film, if taken as a standalone entry. But that's because it isn't standalone. It is closure to the unfinished elements in the preceding story that many fans didn't even know were unresolved.

Watched immediately after Casino Royale, effectively taking the 2.5 hour story and turning it into a 4 hour epic, and you have an absolutely blistering chase movie finale, so seamlessly integrated to the prior arcs that it is almost impossible to tell that it was retro-fitted (compare that with the disastrously destructive attempts of Spectre). Quantum of Solace is a brutal exercise in efficiency, going for car chase to foot chase to boat chase to plane chase and parachute jump in relatively quick succession. It's an absolute shark of a movie.

And whilst impossible to divorce from its opening chapter, it is unquestionably distinguished in style, proving almost as striking as the next chapter - Skyfall - even without the benefits for Deakins behind the camera. World War Z director Marc Forster turns in a surprisingly stylish entry, which is perhaps the only Bond film to so wonderfully blend scene to scene, before the last has even finished, with David Arnold's series-high score beautifully merged into the unfolding majestic imagery. Many films benefit from not wasting a scene, but Quantum of Solace is an exercise in not wasting a single frame, and watched off the back of Casino Royale, it's a near-perfect direct sequel.


Quantum of Solace makes its UK 4K Ultra HD Blu-ray debut as part of a larger Daniel Craig 4K Collection, and is one of only two films in the set which are upscales, ostensibly limited by a 2K Digital Intermediate, but actually still something of an upgrade, and more significantly flawed by stylistic choice and a simple matter of over-processing.


Something of an upgrade, more significantly flawed by stylistic choice and a simple matter of over-processing

As with Casino Royale, there is a modest uptick in detail on offer here, with some light added texturing and nuance, particularly on close-ups, and this is a better presentation than the Blu-ray could provide, but softness is still present, as well as a light amount of still-noticeable DNR. Unfortunately, as with the previous movie, stylistic choices - presumably to give it a gritty edge that was largely dropped for the latter two 'cleaner' Craig instalments - leave it looking distinctly over-processed, and somewhat disappointing in several shots that, all things considered, should have looked absolutely jaw-dropping.

Despite this disappointment, Quantum of Solace is still a visually stunning production, and a strong contender for one of the most stylish of all the Bond outings (despite the fact that Deakins' work on Skyfall is almost impossible to beat), and the implementation of the WCG, HDR and Dolby Vision tools really makes all the difference. The gritty opening sequence doesn't really showcase it, but sunnier latter locales showcase wonderful blue skies, night settings are cast with rich and deep blacks, and the desert has simply never looked this good (apart from perhaps in Dolby Vision-Enhanced Universal Soldier). And when everything starts exploding at the end, it's just utterly demo shot after demo shot, with the fiery flames - at one point explored in spectacular slo-mo (again a first for the series?) really showcase the power of the enhancement tools. It almost makes up for the over-processing. Almost.

The exact same DTS-HD Master Audio 5.1 track that fans have been enjoying for the last decade

As with Casino Royale - and, indeed, all of the Bond films included in the Daniel Craig 4K Collection - Quantum of Solace doesn't earn itself an immersive audio upgrade in the form of either DTS:X or Dolby Atmos and actually provides the exact same DTS-HD Master Audio 5.1 track that fans have been enjoying for the last decade. That said, it's already near-perfect in its own right, made better by near-perfect material which sweeps you up with a tremendous score (again, an all-time high for the franchise, and Arnold's best effort out of his four Bond scores) that never lets up, pulling you into the extended chase narrative and pounding you with punchy gunfire, crashing car smashes, booming airplane prop noises, thrumming boat engines, and a highly explosive final setting which will decimate your entire street. LFE is outstanding, and the track is still amidst the best on the format, even without Atmos.

Nothing new, and nothing on the 4K disc itself

The 4K Blu-ray release of Quantum of Solace offers nothing new, and nothing on the 4K disc itself, instead providing the exact same Blu-ray as fans will already own, with the same selection of Featurettes, Trailers and Music Video.


Watched immediately after Casino Royale, effectively taking the 2.5 hour story and turning it into a 4 hour epic, and you have an absolutely blistering chase movie finale
Quantum of Solace hits UK 4K Ultra HD Blu-ray as part of the test-the-waters Daniel Craig 4K 'Collection' (which should have really had space for a final fifth film, Bond 50-style). As with Casino Royale, it's another entry which doesn't make for a striking 4K bow, and can't promote any improvement on the (already superb) soundtrack front, leaving it hardly a selling point in the package, even if it's an arguably unmissable conclusion to the opening chapter's story.