Is this the perfect 21st century integrated amp? 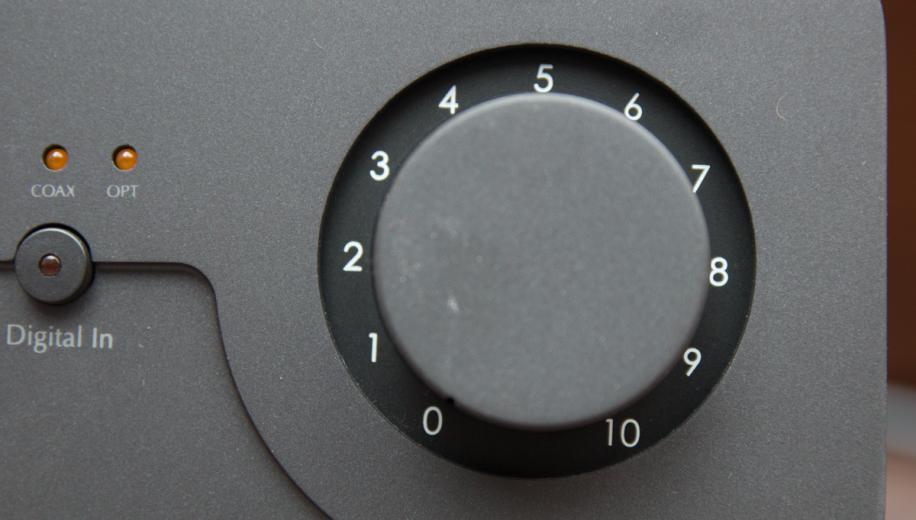 What is the Quad VA-One?

The Quad VA-One is an integrated valve amplifier that is an evolution of the company's PA-One headphone amp. In a similar vein to vinyl, valve amps have flirted with extinction and returned and have become an increasingly significant part of audio equipment sales. There are reasons both practical and emotive for this being the case but the VA-One has a head start in emotive terms that few rivals can match.

This is because Quad is the one of the elder statesmen of British audio equipment and produced some of the most highly regarded valve designs from a period where valve amplifiers were simply 'amplifiers.' Now owned by the International Audio Group, the company has carefully used this reputation to enhance the standing of the current products and in the 'QII' line of equipment has unashamedly made use of the fondness the older products are held in to sell amplifiers in the here and now.

Where the VA-One is different to most other valve amplifiers is that under the traditional casework, it boasts a specification that is radically different to what you might expect from a valve amp and one that means that it might be exactly what you are looking for in an amplifier in 2016. Marrying tradition, retro engineering and a thoroughly modern specification is no small undertaking though. Is the Quad a ready made retromod or the equivalent of a mock Tudor mansion? Firstly, we need to get a point of order out of the way. Unlike the Steljes Audio ML-30HD tested recently that was a solid state amplifier to which a solitary signal tube had been added to the circuit, the VA-One is a true valve amplifier. The circuit contains both pre and power amplifier and both are built around a process that uses vacuum tubes to function. This is why the Quad is the shape it is for the most part – the rear section of the amp is given over to the hefty power supply and output transformers required to make a valve amp work in a commonly accepted fashion.

The valves in use in the circuit are a pair of ECC82 and a solitary ECC83 in the preamp section and a quartet of EL84 power pentodes. For those of you of a non-anorak disposition, this probably won't mean very much but for the sad amongst us, this is both good news and slightly unusual at the same time. As a combination, this grouping is far from uncommon. It represents a good choice for keeping an amplifier relatively compact and efficient (although this is a relative term when referring to valves). The power output of the EL84s is a princely 12 watts into 8 ohms – not biblical but a figure that will go further than you might think with reasonably sensitive speakers.

What is more unusual is that while plenty of manufacturers make use of this combination, Quad is not one of them. The company has historically preferred larger power valves in their amps and when I spoke to the service department (a body of collected wisdom seldom seen in any industry), while they couldn't rule out the use of an EL84 in something in the very early days of the brand, it is fair to say that the VA-One is the first Quad product to use the EL84 in fifty years and very possibly longer which makes it fairly noteworthy. The basic design of the VA-One is closely related to the PA-One headphone amplifier that was launched a few years ago. This was a self contained headphone amp and preamp that featured both analogue and digital inputs. The VA-One makes some changes to these connections in that the balanced input and the preout are removed but keeps the trio of digital connections on the rear panel. This means that as well as offering a neat and self contained valve amp, the Quad is also a 24/192kHz capable DAC. Quad hasn't been so bold as to remove analogue connectivity altogether though and the VA-One retains a single line level analogue input – and this is genuinely an analogue connection that makes no recourse to the digital board.

The final input fitted to the VA-One is more unusual still. The Quad is fitted with an Apt-X capable Bluetooth connection that means it will talk happily to phones and tablets directly. This might seem like an odd combination but as I have gone on at length before, Bluetooth is a genuinely capable audio transmission system now and if you have gone to the effort of fitting a DAC to something, it is a hop, skip and a jump to including this too. The final connection on the VA-One is a headphone socket. While there isn't a second one as there is on the PA-One, it does seem that the integrated amp might steal a sale or two off its cousin. The VA-One is not part of the 'QII' range of components that are spiritual descendents of the original Quad home audio equipment but does share a number of styling features with them. This means you get a thick front panel with a large volume control featuring numbering picked out in a font that is pure Quad. The 'Lancaster Grey' paint finish is austere but beautifully finished and the whole amp feels incredibly solid to the touch.

Not everything is brilliant. The digital inputs don't have discrete selection and must instead be cycled through on a single button- although curiously the Bluetooth and analogue inputs do get their own command. There is a remote and despite its small size, it is actually very solidly built but it does seem very directional in use. Finally, the Bluetooth connection works well but the Quad gives little indication about connection status relying on the connecting device to show this. The effect is quirky if you are in a good mood and fiddly if you aren't.

In many ways this doesn't matter. The VA-One is a lovely device to interact with and manages to feel special in a way that devices that are mass produced can struggle to do. Starting the Quad up and watching it go through its soft start and check before unmuting is pleasing and the soft glow of the valve complement behind their protective cage (this can be removed but valves themselves are fragile and run hot) is deeply evocative and has a bit more ceremony to it than starting a solid state amp. How was the Quad VA-One tested?

The Quad was placed on a Quadraspire Q-AVX rack and connected to a pair of Audio Note AN-K speakers which are designed for use with valve amplifiers. For source equipment, the VA-One was used with a Melco N1A via USB and a Naim ND5XS with XP5 XS for a coaxial source. The analogue input was tested via an Avid Ingenium Twin turntable and a Cyrus Phono Signature phono stage. Bluetooth was tested via a Motorola Moto X 2014. All equipment has been connected to an IsoTek Evo 3 Sigmas mains conditioner. Material used has included lossless and high resolution FLAC and AIFF as well as Tidal, Spotify and the AVForums podcast. There is a received wisdom that valve amps sound warm and beguiling with a full and rich midrange but soft frequency extremes. There are plenty of valve amps that do indeed have these traits but they aren't something that all of them are obligated to do. The reason this tends to occur is inadequately specified power supplies and output transformers and poor component choices. The Quad is possessed of some good quality metalwork under the covers and the results of this make themselves felt very quickly.

Instead of any trace of softness or bloat, the Quad is at times startlingly vivid in its presentation and has far more poke than you might expect a device that has twelve watts at its disposal to have. Admittedly some of this is down to the volume ramp that is far from linear and delivers a considerable amount of the amp's total power by the time you get to a little way past the number '3' on the volume dial. There is more volume available but after this point, it doesn't increase at the same rate. This shouldn't really matter though because if you are in a remotely normal size room, you will have enough power to be bordering on anti social with any remotely sensitive pair of speakers.

More than sheer volume though, you should be in the presence of an amplifier that wants to find the joy and excitement in anything you play on it. The pounding shoegaze of Josefin Ohrn and The Revolution's Horse Dance is delivered with a deftness and speed that can elude solid state amps, let alone valve ones. The snarl of overdriven guitar amps is captured with real force and enthusiasm and there is a tonal richness to the VA-One that never seems unreal, just extremely immediate. Above all this, Ohrn's vocals float with an effortlessness over the top of this fury, detached enough to be perfectly discernible but never divorced from the supporting instrumentation. Listen a little further, via the digital inputs in particular and it becomes clear that that VA-One has been voiced with real care and attention. When you need it to be delicate and tonally sweet, it delivers in spades – it's handling of a 44.1kHz rip of Calexico's More than sheer volume though, you're in the presence of an amp that wants to find the joy and excitement in anything you play on it

When I discussed with Quad about the possibility of reviewing the VA-One for AVForums I had visions of writing a conclusion along the lines of the amp being lovely but something of a novelty – a mechanical pocket watch in a world of wrist mounted computers, perfectly capable of telling the time but rather outclassed in every other regard. It hasn't really worked out that way.

This is because behind that retro exterior is an amplifier that makes an incredible amount of sense in 2016. It has a small footprint combined with a feature set that means it will undertake a number of roles without breaking sweat. The fact that it uses valves to do this should not really be a source of alarm. Provided that the speakers you partner it with have a reasonable degree of sensitivity, the design of the amp doesn't matter – and when you hear the Quad, the reason why the company has persisted with the technology will make perfect sense. This isn't simply a great valve amp, it is a great amp and one that comes highly recommended.