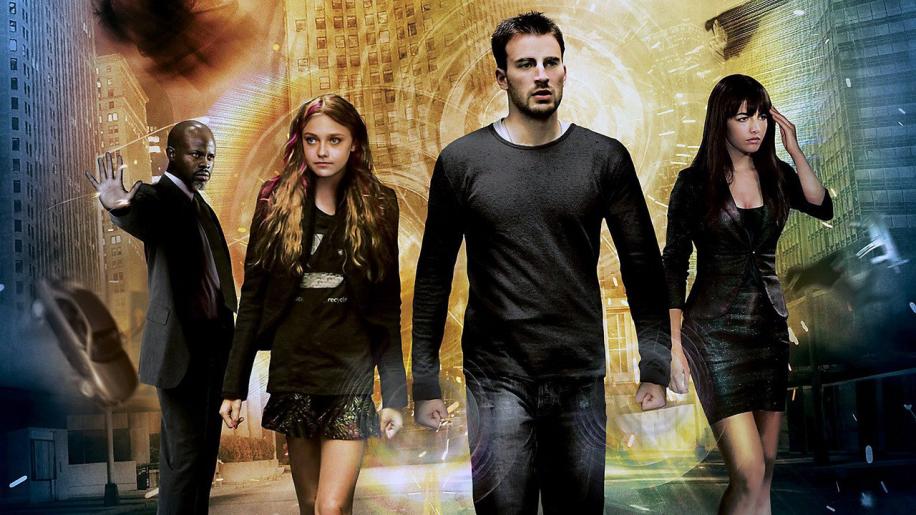 These days when you mention the concept of young men and women discovering that they had special powers, and then being tracked by secretive Government Agencies keen on recruiting and/or experimenting on them, it is difficult not to immediately think of the hit TV show Heroes (which prematurely jumped the shark in its second season, only to attempt to redeem itself subsequently). Heroes covers all the bases, leaving room for only established superheroes like Batman and Iron Man (or anti-superheroes as are now more popular in adaptations like Watchmen) to be totally devoid of comparison. Even the reasonably popular abduction/superpower TV show The 4400 was slightly overshadowed by the moderately vapid but nonetheless entertaining Heroes, but it was difficult to see how a Big Screen film about these kinds of characters would avoid comparison and garner its own fan base. Nevertheless 2009's Push attempted to do just that, its Director/Writer doing research into real post WWII experimentation and building a foundation on the premise that Governments from countries around the globe have been competing in a secret super-power war to found their own armies of soldiers with potentially untapped powers, all revolving around myriad psychic abilities. It is all loosely plausible stuff, albeit taken to a more entertaining extreme, but in the end can it really deliver anything that we have not seen before?

Nick is a psychic living out in Hong Kong, trying to use his specific skill (he's a 'mover' so he can, um, move stuff) to get him out of the massive gambling debts that he has incurred. His father was killed right before his eyes when he was just a boy, by a mysterious man named Carver, who heads up a clandestine US Government organisation simply known as 'Division', and Nick has been on the run ever since, but his quiet existence evading loan sharks and living in a tiny, dingy flat gets shaken up when Division pay a visit, looking for a woman who escaped their 'custody'. When a young girl named Cassie also turns up on his doorstep, a 13 year old psychic 'Watcher' (who can see the future) sent to persuade him that the woman Division are hunting (and the briefcase in her possession) is the key to bringing down the vicious organisation itself, Nick enlists the help of a number of ex-Division psychics in an attempt to retrieve both the girl and the case. But with Cassie predicting nothing but death for the team that Nick has assembled - including herself, and with both Division and their Hong Kong equivalent racing to find the missing goods, things are not looking good for them. Can the heroes win out?

Push really isn't a bad movie at all, it is just perhaps let down by a narrative ridden with unexplained plot holes (not necessarily mistakes, just huge gaps that they don't bother to fill in) and disadvantaged by bad timing (in the wake of Heroes, how did it honestly hope to stand up?). The story itself starts off quite promisingly, a punchy pre-credits sequence, a voiceover by Dakota Fanning over the titles explaining the various psychics and their gifts, establishing the evil 'Division' and its desire to find the ultimate weapon, even at the expense of torturing and killing many of its subjects, and a neat introduction to the various characters (Nick's inability to be a successful gambler, even given his extraordinary skills, is quite a nice touch). Even the first few confrontations with the bad guys come across well - whether with the nasty Hong Kong 'Bleeders' who can burst your internal organs with high-pitched sonic wails or with the determined Carver, with his 'Mover' lieutenant, who can easily kick Nick's ass - but things soon start to unravel when the 'Watchers' and 'Pushers' take over, the latter being the coolest of the psychics, who can persuade anybody to do anything just by capturing their gaze and implanting ideas in their heads. When Nick starts writing notes and making plan to wipe his thoughts in order to avoid them being read by Watchers, and Carver starts to 'Push' one of the main characters into believing stuff that quite logically does not make sense, it is marginally hard to continue in what is already a tough exercise in suspension of disbelief. The whole second act appears to be packed with unnecessary montages that do not really go any way to developing characters (or even their respective powers, which, by the end of the movie, are inexplicably significantly better than at the beginning), whilst the third act consists of an elaborate plan which - whilst entertaining in execution - leaves the viewer behind at all times, unable to engage in proceedings that are never explained to a degree by which they can be accepted as even vaguely logical.

Still, if you fill in the meteor-sized gaps with blind faith (which, actually, isn't a ridiculously hard task) and a hope that the writers at least knew what was going on in their plot (which seems logical, given the care they took in setting up the scenario) and their characters (which, again, they went to great length to establish, creating their own subsets of super-powered beings), the movie is extremely entertaining. It rocks along at a frenetic pace, populated by exciting action set-pieces, dialogue which is mostly smart and occasionally even witty, colourful and unique characters and all housed within a very different, exciting Hong Kong setting. Push is great fun, almost wholly devoid of any silly, comic pretensions that might otherwise be used to pander to a kid-friendly audience, leaving it clearly pitched for the big league - altogether a darker affair than what many viewers have come to expect from this kind of movie. It is of great benefit that the characters are neither established by comic lore not set within the confines of an ongoing TV series (where dispatching them might not be wholly prudent given the nature of the episodic stories) as viewers simply do not know who will live and who will die.

Of course it helps no end that many of the characters are quite likeable and, in turn, this is in no small part down to the actors picked for the parts. I've got a lot of time for Chris Evans. It's not his fault that he became famous through his stint on the anorexically thin Fantastic Four movie, and even there his banter with fellow decent actor Michael 'The Shield' Chiklis was easily the highlight. After seeing him in Sunshine though - a powerful, immersive movie that unexpectedly garnered from Evans an equally powerful performance - I could see the potential this guy had to turn an otherwise averagely entertaining fluffy romp into something more substantial. Fantastic Four only gave us his likeable comic side, and Sunshine may have been the polar opposite, thus giving us a very different performance - and arguably his best to date, but Push allows us the chance to see what he can do in Hollywood with halfway decent, if marginally unadventurous material - and he proves to make for a likeable lead hero.

Dakota Fanning. That little girl from Man on Fire, from Signs. Boy, has she grown up. Well, actually, she hasn't. She is just fifteen, was probably just fourteen when she made this movie, and whilst I'm sure she will grow up to be a beautiful young lady in the fullness of time, it is a little bit early to pitch this child as a sex symbol, give her adult clothes and an adult attitude and plonk her on the streets of Hong Kong as if she would survive longer than about ten minutes alone without being kidnapped and flogged in some child sex trade. She looks ten, but dresses and acts like she's sixteen. With a ludicrously short skirt and boots, and a very un-child-like demeanour, she even manages to push the boundaries already established by the likes of Natalie Portman and Jodie Foster (in Leon and Taxi Driver, respectively), and it's just not healthy. That said and done, her performance is thoroughly entertaining, and peppered with biting sarcasm that is often genuinely funny, giving us yet more reason to believe that this is a future leading lady in the making. I just hope she doesn't get into trouble for being as precocious as some of the characters she portrays.

Rounding off the cast there are a whole bunch of familiar faces, although these two leads really hold it all together, perhaps marginally assisted by the strong adversary they have in Djimon Hounsou, who has gone from strength to strength over the last few years. Sure, he is little more than a dark flip-side to Samuel L. Jackson's Nick Fury character in the Marvel movies but he is never less than captivating when he is on screen, a powerful presence and worthy opponent to the fledgling 'heroes'. The supporting actors include ER's Ming Na as a psychic 'Sniff' (who can track people by having contact with objects they have touched), Sunshine's Cliff Curtis as a 'Shifter' (who can create illusions using any object - i.e. make a blank piece of paper temporarily look like a bank note) and even The 4000's own Joel Gretsch as Nick's dad. There are a surprising number of very odd-shaped Asian bit-part actors (including the husband who is worried his wife is being unfaithful, the security guard at the invisible building and the Jaws-like monolith who wipes people's minds (a 'wiper' funnily enough) and even the more prominent villainous Hong Kong bunch are strange (taking on snake-like traits whilst doing their psychic wail) but for the Pop-girl evil watcher counterpart to Dakota Fanning's Cassie. Still they all make for a colourful entourage.

Push is not a weighty, dark, dramatic superhero tale like The Dark Knight or Watchmen, but it has plenty of style, some decent performances and colourful characters, a vibrant unusual setting, and a fast-paced plot (albeit drilled with holes like Swiss cheese). It has the same cutting wit and flash attitude as superhero movies like Iron Man, only with more of an Indie-movie budget and feel to it, and the superb song-driven score and fresh (if occasionally pretentious) directing only emphasise this. In the wake of TV shows like Heroes it is difficult to see how there will be a big enough following for Push to garner it a further instalment or potential franchise but I, for one, would be interested to see it happen. Worth checking out.