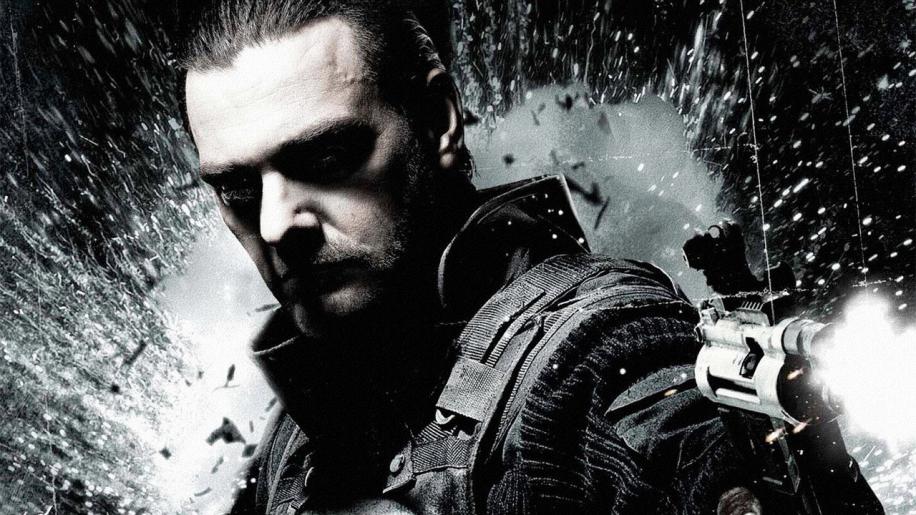 The Marvel comic-book character of The Punisher has suffered a barrage of almost-good interpretations over the last two decades. First introduced in 1989, the eponymous vigilante was then embodied by rising star Dolph Lundgren, the now-lost 80s action hero who brought us a colourful if fairly one-dimensional look at the character. Despite its silly moments, and garish 80s style, the film actually held true to many of the anti-villain's trademarks. Then, five years ago, amidst a flurry of Big Screen comic-book adaptations, Thomas Jane took up the mantle to give us a slightly watered-down re-boot of the potential franchise. Although it had a few familiar characters, and some nice set-pieces, it failed to capture the essence of The Punisher, and suffered from neither being a hard-R action flick, nor quite a PG-13 cash-cow. Although originally he had signed up for another instalment, time changed things around a little and in a strange twist of fate, akin to the Hulk re-reboot, Punisher was brought to life once again. This time there was neither the big budget nor the fan appeal, and no big star itching to step into the character's well-worn shoes. The end result a movie that will probably gain more money on the small screen than it did on its limited cinematic release. But despite all these misgivings, did it stay true to the character, and does it give him a future in a proper franchise?

Frank Castle has been working alone now for some six years, 'punishing' hundreds of criminals whom he feels have managed to avoid the grasp of the law. Still haunted by the burden of the murder of his wife and kids, he has focussed his anger and honed his skills as the ultimate exacter of justice, happily dispatching seemingly endless villains to fuel his quest to clean the streets. But when he takes out a huge mob group, halfway through celebrating their unfair evasion of the legal system, he unforeseeably creates two of his most difficult opponents - one a mob boss, horribly disfigured and left for dead at the hands of Castle, and the other the FBI partner of an undercover Fed within the mob group, killed by Castle during the assault. Wracked by guilt, further worsened by the presence of the victim's wife and child, he decides to hang up his guns and give up his Punisher mantle. But when he is targeted by the psychotic once mob boss Jigsaw - who he himself created - Frank soon finds his whole city turned into a War Zone, and he knows the only man who can stop it is The Punisher.

Stripping out all of the origins material (except for that told in flashback), War Zone is an extremely streamlined action-movie, definitely playing out like a sequel, despite not directly following the film before it. By assuming you know the character - or can, at the very least, guess what he is about - what we get is true comic-book entertainment, with dialogue-dominated and character-developing scenes kept to a minimum, and guns and guts taking centre-stage. Of course, the price you pay is that the dialogue is pretty poor, the script purely functional (designed to run one action set-piece into the next) and the characters basically have little depth, but perhaps that is what this comic-book anti-hero really needed. I am not sure that they could ever really pull off a Batman Begins-like reboot of the franchise, and The Punisher was never going to be a character of any kind of significant depth, but then again this could have easily been more like a Wolverine Origins escapade had they thrown more money at it and enticed a bigger name onboard. Thankfully, at least, the limited potential of the reboot allowed filmmakers to stick to a hard-R rating and at least get the character's hands suitably dirty. War Zone is easily the most violent of the Punisher films, and also the one most true to the comic book origins, the character stabbing, slashing, torturing, impaling, head-butting, snapping the necks of, shooting and burning his criminal victims like a consummate professional, permanently tooled-up with neck-protecting body armour and an arsenal of weaponry with which he can take on an army. Which is lucky really because in this movie he often has to.

Fresh from his stint on Rome, Ray Stevenson gets his Big Screen break as Frank Castle, possibly becoming the most faithful embodiment of the character. He works efficiently with his weaponry, and does dark and broody quite well, but still does not have the chops to pull off some of the more contemplative moments (his smashing of the coffee-pot is almost comical, no pun intended). And it does not help that his dialogue - mostly one-liners - is really not up to scratch, populated by cheesy clichés delivered with little aplomb. Still, he makes for a pretty good Punisher, and is surrounded by characters familiar from the comics, from his arch-nemesis Jigsaw, other villains (including Pittsy and Ink) to the cop tracking him Soap, to his weapons and intel helper Microchip and even the FBI man on his trail, Budiansky. Jigsaw's brought to grotesque life by The Wire's Dominic West, who basically gets to ham-it-up and act stupidly psychotic as the villain, and he is here given a crazed brother in the form of Doug (The Liver-eating Eugene Victor Toombs from The X-Files) Hutchinson's similarly cannibalistic Looney Bin Jim. Resident Evil's Colin Salmon gets to play it straight as the determined FBI agent looking for justice for his partner's murder and Rambo's Julie Benz (who fans may remember from Joss Whedon's Angel) has another damsel-in-distress role as the widow, but the movie is populated more by the colourful comic-book characters than standout performances.

In the end, War Zone did the least well of all of Marvel's adaptations (including the dire Elektra), despite being actually quite an enjoyable, faithful interpretation of the tough vigilante. Packed with trademark deaths and brutal action, this is visceral entertainment at its best, brought down by limited depth, characterisation, dialogue and performances - although perhaps that was somewhat inherent with this kind of material. A sequel seems unlikely, but - out of all of the previous adaptations, perhaps this probably warrants one. And in the meantime, Frank Castle fans will enjoy the best Punisher action yet.