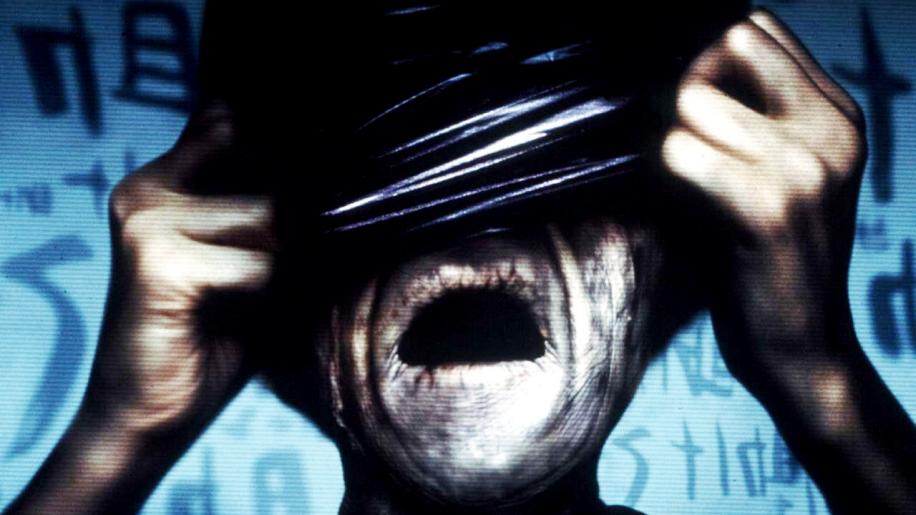 Another in the long line of Japanese supernatural thrillers that create a stir with their bleak and otherworldly atmosphere, creepy imagery and hair-raising set-pieces ... only to then suffer the belittling and humiliation caused by their inevitable Hollywood remake. Kaiko, or Pulse as it is known in the Western world, is a disturbing little concoction from director Kiyoshi (Séance) Kurosawa that plays some mind-bending psychological tricks with its tale of a spirit world that is so full of lost souls that they, ultimately, break through into our world and begin to infest it. That he takes the theme of sadness, isolation and man's inherent loneliness as his foundation is an intriguing springboard from which to propel his strange story. But having it unfold in a far-too familiar fashion is the thorn in its side. And Kurosawa has a severe problem with pacing that can only hamper the powerful sense of eeriness that he perfects in the first half. Unavoidably likened to Nakata's Ringu cycle and Ju-On (The Grudge), which this predates, Pulse still manages to strike out on its own by having its supernatural implications actually assuming apocalyptic proportions.

Concerned about their friend, Taguchi, who hasn't been answering their phone calls, a group of friends decide to check up on him. However, almost as soon as the delectable Michi (Kumiko Aso) pays him a visit, Taguchi, who has been in a confused and mesmerised state, hangs himself - check out the horrible stretched neck effect. A computer disc that Taguchi has been harbouring seems to hold the key to his mysterious suicide, but running it reveals unusual and frightening images of what appear to be ghosts that play havoc with the psyches of those who view them. Is it just the ultimate computer virus, or is it really a conduit to the other side? All those who play it are soon plagued by otherworldly visitations - Taguchi's ghostly voice pleading for help over a mobile phone, grim apparitions that lurk just at the threshold of vision, hints of a Forbidden Room sealed up in red tape and a spate of bizarre deaths and disappearances - and, perhaps inevitably, a growing atmosphere of doom begins to settle over Tokyo. The common practice of having a group of protagonists begin to investigate the ensuing mystery and then succumb individually to the forces that have been unleashed is played by the standard Asian horror rulebook. In this case they are a motley crew of students, teachers and friends, but all young and attractive - and each has their own set of encounters with spirits and the menacing images that manifest themselves via their webcams or computer screens as the curse, ghost, insanity, or whatever it is gains strength. Some are driven to madness and acts of haunted desperation, whilst others actively seek out an explanation to these inexplicable occurrences.

The Japanese fascination with ghosts and the afterlife has been a staple ingredient of their fantastic cinema since movie-cameras started rolling, but their predilection for languid, somewhat ambivalent storytelling often means that Western audiences just don't get it. Their phantoms tend not to be overtly aggressive, nor even particularly active - except for those recent examples with the trademarked bedraggled hair obscuring half of their ghastly faces, that is. They are often depicted as just looking in on us, or lost and meandering souls that have appeared as some kind of warning with regards to a dreaded forthcoming event. Thus, we often have scenes where a character is confronted by a spirit and reduced, along with the Eastern audience watching it, into paroxysms of fear, whilst the rest of the world is left just scratching its head at the lack of a required shock. The skill, of course, lies in the build-up and Kurosawa certainly knows how to drag a scene through some intensely hair-bristling moments of distinct unease. The slow-moving woman (again, a very familiar image to this genre) that advances towards a terrified Yabe (Masuo Masatoshi) is a particularly acute instance of eye-widening surrealism that is splendidly eerie. I love the little addition of the spectre's legs buckling as it appears to gain substance. The ghost that the ostensible hero Kawashima (Kato Haruhiko) attempts to catch in the aisles of the library provides another cool scene, and there are many delicious glimpses of sinuous, half-seen smudges of black vapour as spirits only partially manifest themselves, that are keenly reminiscent of the absurdist animated fantasies from Hayao Miyazaki. But the problem lies in the muted menace that these apparitions possess. The creep-out factor is ladled on quite heavily during these early encounters, but Kurosawa then forgets to maximise on such tension-amping once the true nature of the dead's return is revealed. Roughly speaking, from the halfway point the plot begins to stall, losing its abstract spookiness and descending into a lethargic state of wallowing pity. A turn for the morose that is, sadly, at odds with all that has gone before. Once we've had the sequence of Kawashima and the computer-boffin he's gotten to know - the gorgeous Harue played by Koyuki - on a train ride that literally and metaphorically goes nowhere, the plot becomes derailed by a dry, aftershock attitude that presents the rest of the movie as nothing more than a dull anticlimax. Sure, Kurosawa, who also wrote the screenplay, has some important (and very cynical) things to say about the nature of society, but he seems to forget that he's touted this as a horror film. In denying us the same sense of fear and dread for the entire second act of the movie, he completely defuses all that has gone before.

In fact, I'd hesitate to call this a horror film at all, despite all the blurb on the packaging clearly stating otherwise. The horror winds up being diluted and the fear you once felt soon dissipates after the midway point.

The first half of the film develops a wonderful atmosphere of creeping dread. Kurosawa juggles the melancholia and the chills with surprising ease. Although there never appears to any real tangible threat posed to the characters during these earlier sequences, the off-kilter imagery he employs and the unease of the situations in which people find themselves consistently wrong-foots the viewer. The weird and the frightening often erupt from the most mundane, everyday locations, ensuring that nowhere is safe. No need for dark and brooding buildings when everyone has a home computer. The impression of a city that is gradually becoming a ghost town is nicely evoked, but the deserted streets we see later on as Michi and Kawashima search for lost friends feel a little underwhelming. Likewise a half-hearted plane-crash sequence that just has the dour impact of a hum-drum afterthought. The acting is effective enough when the characters are facing the unknown, but their dialogue and interaction is a little arbitrary and ill-defined, otherwise. Relationships seem contrived and unconvincing. The translation in the subtitles proves quite shaky, too, leaving me bereft of the quotes that I usually place in my reviews. Lines of dialogue appear badly strung together and are scuppered by a vagueness that is actually quite irritating. The plot, as a whole, suffers from this and will, no doubt, leave many puzzled as to what exactly has been going on. The effects are crude and light on the ground, but sometimes deliver a nice visual frisson. The black stains left behind when a person has ...well, passed over, are a neatly distressing symbol of man's fragile and almost pointless existence. A suicide stepping over the edge of a high platform benefits from the camera not cutting away at the point of final impact. And the simple sight of a figure shrouded in black and just standing in the corner of a dark room provides ample shivers without resorting to gore or elaborate CG trickery. Kurosawa's technique of a snappy editing also eschews all visual exposition during the far superior first half - characters appear in the next scene, or the next location without preamble, or even time to draw breath - and the narrative has the uncomfortable sensation of an itch you can't scratch, which is perfect for the atmosphere he is trying to create. Sadly, he abandons this technique during the latter half with some useless scenes that either peter out or just go nowhere ... slowly.

This is a perplexing and cold film. Much ground is made of the slow-burn approach, but the movie still fails to engage. Its theme of loneliness and despair actually seems to emulate the nihilism of David Cronenberg's early work. Even the score by Takeshi Haketa - an edgy catalogue of tonal experimentation and eerie dissonance - mimics the motifs that Howard (The Lord Of The Rings) Shore used to craft for the Canadian auteur. But Kurosawa hamstrings himself by not making his narrative clear enough, or paradoxically, not ambivalent enough. He teases and suggests, either giving away too little or too much, leaving the themes he really wants to explore only partially revealed and barely confronted. He paints a pessimistic outlook on society. Friendships result in pain and loss, so no-one gets too close. Relationships, eventually, all seem hollow and useless. And, perhaps more worryingly, he seems to be saying that the apocalypse is coming, but if you stay indoors and don't switch on your computer, you'll probably miss the whole thing.

So, overall, we have a film that starts off well enough, with some seriously creepy moments and a sense of dislocation that suggests literally anything could happen. But then the makers carefully replace the rug back beneath our feet and drag the story out for a dreary final stretch that undoes a lot of the magic they had worked so hard to accomplish. Very disappointing.